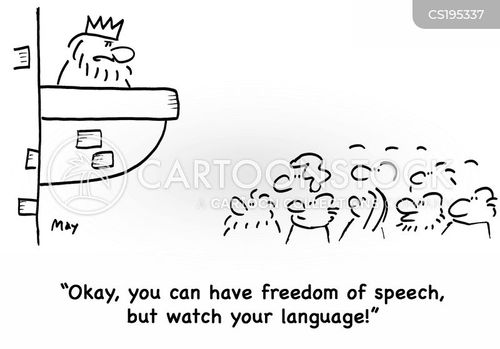 We are in the midst of a technology-driven economic transformation bigger than the inventions of steam engine or electricity. In the past, transformations were forced by a technology with large impact, such as radio, television, or internal combustion engine. At present, the transformation is being induced by many different technologies, such as software, semiconductors, fiber optics, nanotech, biotech, etc. And internet is acting as a unifying agent.

This is a compilation of references on the history of free speech, which internet enhances.

The parallels between the printing press era and today are sufficiently compelling to suggest:

There has been only one comparable event in the recorded history of communications—the printing press. It was the first true one-to-many communications medium, and no change since has been as dramatic as networked computers. Resistance to innovation is littered throughout history. Roman historian Pliny the Elder, as well as two other writers, tell of a radical inventor who brought a new type of glass before emperor Augustus [2]. The glass was supposedly unbreakable; upon throwing it to the ground, various sources recount it bouncing, denting but not shattering. Augustus worried that the value of the glass would undermine the value of his gold and silver, so promptly ordered the man executed. “Flexible glass” or “vitrum flexile” was lost for almost 2,000 years, appearing sometime in the last one hundred years. Thus, a single power holder, fearful for his immediate wealth, single-handedly suppressed an innovation for millennia. And that’s just the beginning.

3. The Long History of Censorship
Mette Newth, Beacon for Freedom of Expression, National Library of Norway, 2010.

Free speech, which implies the free expression of thoughts, was a challenge for pre-Christian rulers. It was no less troublesome to the guardians of Christianity, even more so as orthodoxy became established. To fend off a heretical threat to Christian doctrine church leaders introduced helpful measures, such as the Nicene Creed [2, 3], promulgated in 325 AD.

4. A Fifteenth Century Technopanic About The Horrors Of The Printing Press
Mike Masnick, Techdirt, 2011.

It was okay that the act of copying was hard. It built character, in Trithemius’ opinion, the same way as chopping wood (though to this “interior exercise,” i.e. exercise of the spirit, he assigned far more importance). For monks, labor was part and parcel of devotion, and if you weren’t good at writing, you could do binding, or painting, or for heaven’s sake practice.

The secret history of the great battle which was supposed to protect the Catholic world from the progress of European knowledge is still to be written… it is difficult to understand the atmosphere of suspicion, secretiveness and suppression which dominated the world culture in the age of Galileo [2, 3, 4]. Everything became dangerous… Heresy was ferreted out from dictionaries and traced in the collections of apothegms; it was believed to be hidden in the very names of the printers and had to be exterminated there…

Initially, it was the church which imposed censorship, though institutions of the state soon became involved as well. In the 17th century, the campaign against censorship and for freedom of the press began in England, where substantial success was achieved as early as 1695. In France and Germany, on the other hand, freedom of the press was not achieved until (considerably) later. Temporary progress was repeatedly followed by backlashes.

If the Pope of Rome could have retained the summit of his power, the Bible had never been printed in the English language: it was by examining the Bible for the purpose of invalidating the authority of the Pope, that opened the way to all that variety of sectarianism which has sprung up since that time: for a book that has no fixed principles in morals, or anything else, cannot produce uniformity in the minds of mankind.

8. History of the progress and suppression of the Reformation in Italy in the 16th century
Thomas M’Crie, William Blackwood, Edinburgh: and T. Cadell, London, 1827.

The first printing press in the Grisons was erected in the town of Puschiavo [2] by Rodolfino, the descendant of the noble family in that place, who expended a large sum on the undertaking. It contributed greatly to the illumination of the country, but was very annoying to the Roman Catholics; and in 1561 the pope and king of Spain made a demand for its suppression as a nuisance, with which however the diet did not think proper to comply.

9. How the Jesuits Survived Their Suppression The Society of Jesus in the Russian Empire
Marek Inglot, S.J. Saint Joseph’s University Press, 2015.

From its founding in 1540, the Society of Jesus has been one of the most important religious orders in the Catholic Church. However, it almost vanished from the pages of history when Pope Clement XIV suppressed the Jesuits worldwide on July 21, 1773, with the brief Dominus ac Redemptor. Catherine the Great of Russia saved the Society almost singlehandedly. She protected the 201 Jesuits she had acquired in 1772 with the First Partition of Poland and insisted that they continue their apostolic work as Jesuits. For decades, her successors continued to support the Jesuits. The “Russian” Society was the only surviving Jesuit entity in the world after 1780, except for a few Jesuits in Quebec, where Governor James Murray and Bishop Jean-Olivier Briand refused to implement the brief of suppression.

In seventeenth-century America, colonial officials viewed newspapers as the source of “disobedience and heresy and . . . libels against the best government.” The Governor of Massachusetts was warned, “Great inconvenience may arise by the liberty of printing.”

In 1690 Benjamin Harris inconvenienced the Boston authorities by publishing the colonies’ first newspaper. There had been one-page broadsides printed earlier, but Harris’s Publick Occurrences looked and read like a newspaper. It was four pages long and the publisher promised an issue every month, “(or if any Glut of occurrences happen, oftener) with an Account of such considerable things as have arrived unto our Notice.” 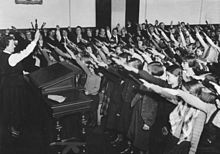 During the first weeks of 1933, the Nazi regime deployed the radio, press, and newsreels to stoke fears of a pending “Communist uprising,” then channeled popular anxieties into political measures that eradicated civil liberties and democracy. SA (storm troopers) and members of the Nazi elite paramilitary formation, the SS, took to the streets to brutalize or arrest political opponents and incarcerate them in hastily established detention centers and concentration camps. Nazi thugs broke into opposing political party offices, destroying printing presses and newspapers.

12. Freedom of the Press: Rights and Liberties Under the Law
Nancy C. Cornwell, ABC-CLIO, 2004.

Parliament’s lax enforcement was not the result of any decision that the press ought to be free; it came about because other matters occupied Parliament’s attention at the time and old institutions that implemented press restrictions were gone or in a mess. For example, the judicial arm of printing restrictions, the Star Chamber, had been abolished. The Stationers’ Company, once filled with royal appointees and responsible for the regulation of printing, entered a state of disarray as authority switched to the parliament. A flood of pamphleteering resulted that was difficult to contain later on. No longer suppressed, dissident printers attacked the king and Parliament and freely published works without the authority of the author or licenser. 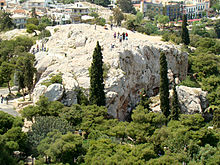 In England, as in France, suppression of printing was followed by imports of Dutch publications. Corantos was published in 1621 and were followed by newsbooks, discussion of domestic news was prohibited. A star chamber decree of 1637 restricted presses in London to twenty and type foundries to four. Such repression preceeded the outbreak of civil war and insistence on freedom of the press such as Milton’s Areopagitica. Abolition of the star chamber courts in 1641 was followed by intense activity in the publication of pamphlets and newsbooks supporting parliament or royalty.

Periods of suppression were accompanied by the rise of news-letters which evaded censorship. Restrictions on the press as a medium of political discussions were offset by the rise of coffee-houses in the second half of the century. The extreme difficulties of the press were met by the growth of advertising as a source of revenue, and it was significant that the first advertisements included books or products of the press, quack medicines, tea, and chocolate. 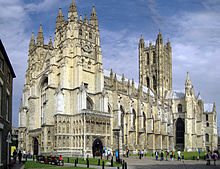 The suppression order has formidable currency in the English law canon [2, 3, 4, 5]. It is used to shut people up. It is used to keep silence golden. It is intended as a self-censoring measure that uses the cudgel of the law to keep people, and the media, in tow. WikiLeaks has fronted this legal remedy before, notably in the case of Trafigura, a multinational which had been more than happy to use African bases as dumping grounds for its toxic waste. The company attempted, unsuccessfully, to keep discussion of its exploits under wraps.

Time and time again, orders of restraint and injunctions have been sought to restrain the publication of information that would have informed public discussion on matters of crucial political performance. That discussion can still, as it should, take place irrespective of whether the charges are proven in court. The very fact that the governments in question are all receiving the comforts of immunity in an Australian court room needs to be seriously questioned. Don’t expect Australian media outlets to heed that point.

“The concept of ‘national security’ is not meant to serve as a blanket phrase to cover up serious corruption allegations involving government officials, in Australia or elsewhere. It is in the public interest for the press to be able to report on this case, which concerns the subsidiaries of the Australian central bank. Who is brokering our deals, and how are we brokering them as a nation? Corruption investigations and secret gag orders for ‘national security’ reasons are strange bedfellows. It is ironic that it took Tony Abbott to bring the worst of ‘Asian Values’ to Australia.”
more>