With governments spending on a massive scale to mitigate the economic fallout from Covid-19, they should be positioning their economies for a more sustainable future.

By Mariana Mazzucato and Andreo Andreoni – The Covid-19 crisis and recession provides a unique opportunity to rethink the role of the state, particularly its relationship with business. The long-held assumption that government is a burden on the market economy has been debunked. Rediscovering the state’s traditional role as an ‘investor of first resort’—rather than just as a lender of last resort—has become a precondition for effective policy-making in the post-Covid era.

Fortunately, public investment has picked up. While the United States has adopted a $3 trillion stimulus and rescue package, the European Union has introduced a €750 billion ($850 billion) recovery plan [albeit still under deliberation], and Japan has marshaled an additional $1 trillion in assistance for households and businesses.

However, in order for investment to lead to a healthier, more resilient and productive economy, money is not enough. Governments also must restore the capacity to design, implement and enforce conditionality on recipients, so that the private sector operates in a manner that is more conducive to inclusive, sustainable growth.

Government support for corporations takes many forms, including direct cash grants, tax breaks and loans issued on favorable terms or government guarantees—not to mention the expansive role played by central banks, which have purchased corporate bonds on a massive scale. This assistance should come with strings attached, such as requiring firms to adopt emissions-reduction targets and to treat their employees with dignity (in terms of both pay and workplace conditions). Thankfully, with even the business community rediscovering the merits of conditional assistance—through the pages of the Financial Times, for example —this form of state intervention is no longer taboo.

And there are some good examples. Both Denmark and France are denying state aid to any company domiciled in an EU-designated tax haven and barring large recipients from paying dividends or buying back their own shares until 2021. Similarly, in the US, the Massachusetts senator Elizabeth Warren has called for strict bailout conditions, including higher minimum wages, worker representation on corporate boards and enduring restrictions on dividends, stock buybacks and executive bonuses. And in the United Kingdom, the Bank of England has pressed for a temporary moratorium on dividends and buybacks. more>

The Age of Austerity, Author: Thomas Byrne Edsall.
Manias, Panics, and Crashes: A History of Financial Crises, Author: Charles P. Kindleberger.
House of Debt: How They (and You) Caused the Great Recession, and How We Can Prevent It from Happening Again, Authors: Atif Mian and Amir Sufi. 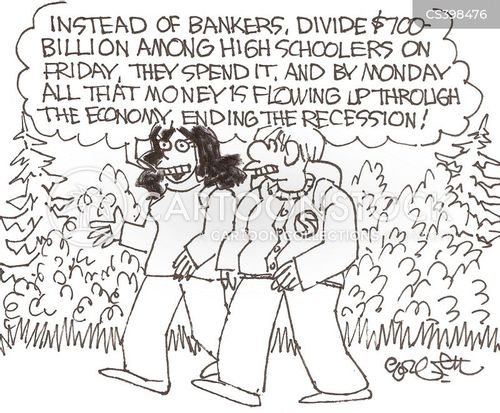 By Amir Sufi – While political polarization has been all-American since the start of the US, its current upswing threatens to make it the worst in history. Sharp divisions between Republicans and Democrats have created gridlock in Washington, DC, between the president and Congress and within Congress itself.

In the US, decisions made during the 2007–10 financial crisis to rescue Wall Street fueled public anger that still resonates with voters of both parties.

The aftermath of the crisis—which included erasure of trillions of dollars of housing wealth and continued income stagnation for the working and middle classes while the wealthy benefited from rising asset prices—has provided fertile ground for even more partisanship and polarization.

After a banking, currency, or debt crisis, our data indicate, the share of centrists or moderates in a country went down, while the share of left- or right-wing radicals went up in most cases.

Every banking crisis is associated with excessive lending. As the bubble develops, borrowers who are less and less creditworthy take on more and more debt.

Big mortgage lenders, including Wachovia, Washington Mutual, and Countrywide Financial, were bought by other large banks whose liquidity was essentially guaranteed by the US Treasury or the Federal Reserve. Even two big investment banks, Goldman Sachs and Morgan Stanley, were quickly converted into commercial banks so they could be “rescued” by the Treasury and the Fed.

Distressed homeowners got little relief from TARP [2] or from subsequent legislation and settlements with big banks. more> http://goo.gl/ZTFJ2u

Is BlackRock too big to fail?

By Sheila Bair – People love to beat up on the big banks (and I do my fair share), but believe it or not, they were not the root of all evil in 2008. Asset managers and insurance companies also created significant problems. As you will recall, taxpayers had to risk trillions in government support to bailout both the American Insurance Group, a.k.a. AIG (AIG), as well as the money market/mutual fund industry. What’s more, it is important to understand that when we bailed out the banks, we also bailed out these nonbank institutions, as some were heavily invested in bank debt or were standing on the other side of bank derivatives trades. Without the bank bailouts, these nonbanks could have taken big losses. more> https://goo.gl/vxfBGM

Is the Table Set for the Next Financial Crisis? By Scott Rubin – The announcement of QE3 is wearisome for many reasons. When the Federal Reserve and Treasury started down the path of radical market intervention, many enlightened investors opined that the intervention may go on into perpetuity. By all accounts, this prognostication has been borne out thus far.

Asset prices have been artificially manipulated and do not reflect long-term economic reality. Consider for example, the U.S. Treasury market. The yield on the 10-year note is currently around 1.84 percent. Is this an accurate reflection of the credit-worthiness and fiscal situation of the U.S. government? Does it accurately reflect inflation expectations? more> http://tinyurl.com/95fr4tc

By Emma Rowley and Bruno Waterfield – After hours of crisis talks between eurozone finance ministers, Spain’s Luis de Guindos confirmed that the country will ask for money to aid its stricken financial sector.

“Since the funds will be asked for to attend to the financial sector’s needs, it has been agreed with the eurogroup that it will be specifically for the financial system only.”

No economic or fiscal reforms are attached. more> http://tinyurl.com/7gbygm5

By Shawn Pogatchnik – Throughout the deepening debt crisis, European Union leaders sought to portray Greece as a unique case in special need of aid. They were proved wrong when Ireland and Portugal required bailouts in 2011.

They’re likely to be proved wrong again. And this time, the stakes are higher for the rest of the world.

New austerity-minded governments in Rome and Madrid have helped calm fears, but of far greater significance was the European Central Bank‘s decision to provide banks more than (EURO)1 trillion ($1.3 trillion) in bargain-basement loans. This unprecedented injection spurred banks to snap up battered government debt, driving up the bonds’ value and driving Spanish and Italian borrowing costs down again.

Economists warn such relief is only temporary. more> http://tinyurl.com/6odo6dk