Libor and the folly of deregulation 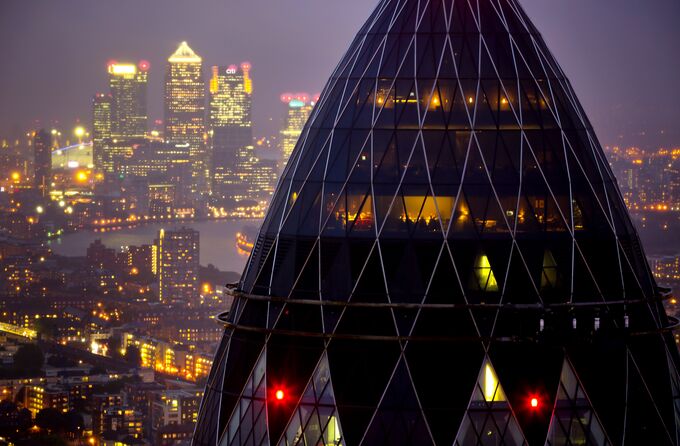 By Caroline Salas Gage – Timothy F. Geithner was president of the Federal Reserve Bank of New York in 2008 when he learned about banks under-reporting Libor, the global benchmark for $500 trillion of securities. He sent a memo in June of that year to Bank of England Governor Mervyn King raising concerns and recommending changes in how the rate is calculated. Little has been done to address the issue since, and King said last month that he only just learned of wrongdoing and Geithner didn’t highlight malpractice.

“Geithner is not the primary person in the world responsible for Libor,” said Calabria, Cato’s director of financial-regulation studies in Washington and a former Senate Banking Committee aide. “There were items on that memo that were absolutely first and last the responsibility of the British Bankers’ Association and by extension the Bank of England.” more> http://tinyurl.com/8nb2h75

5 Visions of How to Solve the Euro Crisis

By Landon Thomas Jr. – Simon Wolfson, chief executive of the British retailer Next, has offered to award that sum (£250,000, or about $400,000) to the person that puts forward the most elegant scenario for how a country or countries might leave the euro zone — or how the 17-nation compact might unwind.

In all, 425 entries were received. The winner will be announced July 5.

The five finalist essays, which were announced Tuesday, come from four established analysts and one independent trader. They are more or less free of politics, preferring to underscore instead the daunting task that countries like Greece, Portugal and Spain face in improving competitiveness through spending cuts rather than currency devaluation — an option they can not pursue because of their membership in the euro.

While the essays do not present any ideas that have not already been aired, their deep explorations of the complex legal issues involved. more> http://is.gd/iEjRTy

The Death Certificate Of The Paper Dollar: Where To Next?

Fixing the Dollar Now: Why US Money Lost Its Integrity and How We Can Restore It, Author: Dr. Judy Shelton.

By Ralph Benko – The Bank of England‘s Financial Stability Paper No. 13, Reform of the International Monetary and Financial System, reported at Bloomberg BusinessWeek and reviewed here, is being seen by many monetary policy observers around the world as the “coroner’s report” on the death of the world dollar standard.

What’s next? Presciently, at the watershed October 5-6 Heritage Foundation Conference on a Stable Dollar: Why We Need It and How to Achieve It, Forbes‘ editor-in-chief  Steve Forbes called for escalating the discourse from “whether” we should restore the gold standard to “how” to do so. The floodgates open. more> http://is.gd/sI5Y5Q

By James Kirkup – The central banks’ fresh intervention, which will run from October until December, was driven by the deepening crisis in the euro zone, which is struggling to cope with the debts of countries including Greece.

Investors, particularly US money-market funds, are increasingly worried that the European banks are exposed to huge losses on loans they have made in Greece and other indebted euro zone countries. more> http://twurl.nl/2oumbu