Too Much Democracy Is Bad for Democracy

By Jonathan Rauch and Ray La Raja – Americans who tuned in to the first Democratic presidential debates this summer beheld a spectacle that would have struck earlier generations as ludicrous. A self-help guru and a tech executive, both of them unqualified and implausible as national candidates, shared the platform with governors, senators, and a former vice president. Excluded from the proceedings, meanwhile, were the popular Democratic governor of a reliably Republican state and a congressman who is also a decorated former marine.

If the range of participants seemed odd, it was because the party had decided to let small donors and opinion polls determine who deserved the precious national exposure of the debate stage. Those were peculiar metrics by which to make such an important decision, especially given recent history.

Had the Democrats seen something they liked in the 2016 Republican primary? The GOP’s nominating process was a 17-candidate circus in which the party stood by helplessly as it was hijacked by an unstable reality-TV star who was not, by any meaningful standard, a Republican.

Americans rarely pause to consider just how bizarre the presidential nominating process has become. No other major democracy routinely uses primaries to choose its political candidates, nor did the Founders of this country intend for primaries to play a role in the republican system they devised.

Abraham Lincoln did not win his party’s nomination because he ran a good ground game in New Hampshire; rather, Republican elders saw in him a candidate who could unite rival factions within the party and defeat the Democratic nominee in the general election.

Today’s system amounts to a radical experiment in direct democracy, one without precedent even in America’s own political history.

The two major parties made primaries decisive as recently as the early 1970s. Until then, primaries had been more like political beauty contests, which the parties’ grandees could choose to ignore. But after Hubert Humphrey became the Democrats’ 1968 nominee without entering a single primary, outrage in the ranks led the party to put primary voters in charge. Republicans soon followed suit. more>

Updates for the People 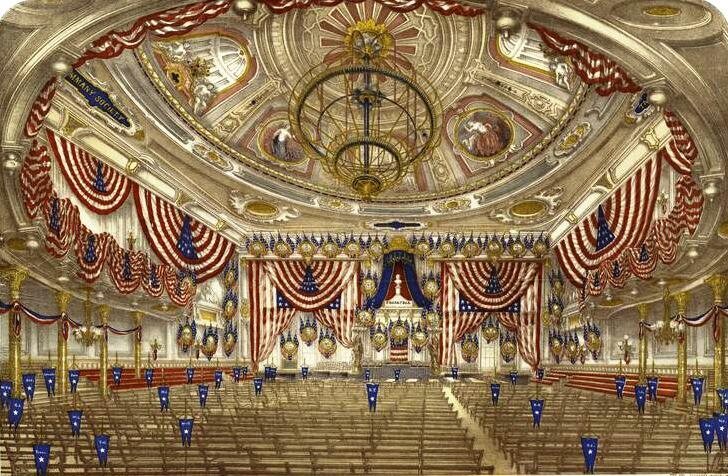 Posted in How to