Why isn’t your transformation showing up in the bottom line?
The success rates of large change programs vary widely. Finance teams can make a big difference in the outcome of these initiatives by articulating and validating the link between transformation efforts and long-term value.

By Ryan Davies, Douglas Huey, and David Kennedy – “Transformation” is the buzzword of the day for companies in most industries, but for many it carries an asterisk: studies show wide variation in companies’ rates of success with organizational transformations—whether they are changing how they go to market, updating back-office processes, automating production systems, or otherwise making significant changes in how their businesses are structured and run.

In some cases, this variation exists because executives propose fundamental changes in how the business operates but don’t go through the hard process of setting commensurate performance targets. They often set targets too low, aiming for incremental change. When they do set their sights appropriately high, they often fail to adequately make clear to key stakeholders who owns the goals and responsibilities associated with various elements of the transformation. As a result, value can end up “leaking” even from good initiatives, which can sap companies’ efforts to meet bottom-line targets, drain momentum from good investments, and impede buy-in for change efforts generally.

CFOs and finance teams have a critical role to play in not only setting ambitious targets but also providing the discipline to mitigate value leakage and fully deliver transformational benefits to the bottom line. more>

Chicago Booth – When big cities experience an economic boom, you expect an upsurge in wages and growth in those areas. But there’s some nuance: according to Chicago Booth’s Richard Hornbeck and University of California at Berkeley’s Enrico Moretti, one area’s surge particularly benefits low-skilled workers locally—and high-skilled workers elsewhere.

Using total factor productivity (TFP) as a measure of local productivity growth, Hornbeck Amount and Moretti analyzed two decades of data from major US cities to quantify the direct effects on people living in booming cities and the indirect effects on people elsewhere. Allowing for trade-offs between salary and cost-of-living increases, as well as unequal distribution of benefits across different groups, the researchers find that low-skilled workers gained the most from local productivity growth.

But gains extended further afield: a boom in San Diego or Los Angeles, say, was also felt in other cities. And high-skilled workers gained more from productivity growth in other cities. more>

Posted in Business, Economy, Education, Healthcare, How to, Science, Technology

We Need More Social Investment But No More PPPs By Richard Pond – Europe needs to spend €1.5 trillion on social infrastructure between now and 2030 to redress the massive under-spend over recent years and to address the increasing demands on social services. This is one of the main arguments of the report, Boosting Investment in Social Infrastructure in Europe.

While the report is very good in identifying the scale of the problem, it fails to address some of the key reasons why spending on social infrastructure has been too low for too long and so puts too much emphasis on an increased role for private finance.

Leadership is about Hard Decisions By Alan Pentz – I’ve become increasingly convinced that good organizational leadership is relatively simple but not easy. In other words, unless you work at NASA, good leadership and management isn’t rocket science. You can argue around the edges but most gurus preach that leaders should:

Warren Buffett famously urged investors with an IQ of 150 to sell 30 points. He wrote:

“To invest successfully does not require a stratospheric IQ, unusual business insights, or inside information. What’s needed is a sound intellectual framework for making decisions and the ability to keep emotions from corroding the framework.”

Replace “invest” with “lead” and the statement is equally as true. more>

Germany’s New Power of the Purse 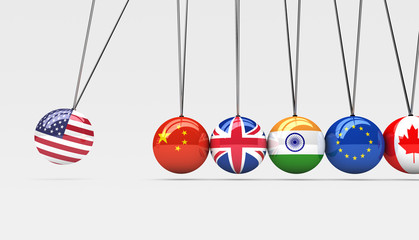 By Mark Leonard – Germany’s changing global posture predates Sigmar Gabriel, who is a relative newcomer at the foreign ministry. During the euro crisis, Germany deployed economic means for economic ends within Europe. But in its policies toward Russia, Turkey, China, and the United States, Germany has increasingly been using its economic strength to advance larger strategic goals.

After Putin annexed Crimea in March 2014, the West’s response was led not by the US, but by Germany, which spearheaded diplomacy with Russia and Ukraine to de-escalate the conflict. Germany then persuaded the rest of the European Union to agree to unprecedentedly tough sanctions against Russia to deter further aggression.

Germany has maintained that united European front for three years, defying all expectations.

So far, the rupture in German-US relations has been mostly rhetorical. But Angela Merkel is also shoring up Germany’s geopolitical position by diversifying its global partnerships, especially with China. According to Volker Stanzel, who previously served as Germany’s ambassador in Beijing, “Merkel has no illusions about China, but she sees it as a partner on climate, trade, and the politics of order.” more> https://goo.gl/1v98XP

How to split equity without drawing blood

By Mike Moyer – We live in a world where entrepreneurs and early-stage company participants get taken advantage of so frequently that we hardly notice. Bad equity deals are the rule, not the exception. Fairness is rare.

The intent for fairness is there in the way equity is split among business partners, but the practice of fairness is not. This is a correctable problem.

Because it’s impossible to know when or even if the rewards will ever come, we can never know how much people must put at risk to get the rewards. Every contribution, therefore, is essentially a bet on the future of the company, and nobody knows when the betting will end. more> https://goo.gl/F3ELyY

Economics Rules: The Rights and Wrongs of the Dismal Science, Author: Dani Rodrik.

Why is there such an enormous gulf between what economists know and what they say in public? 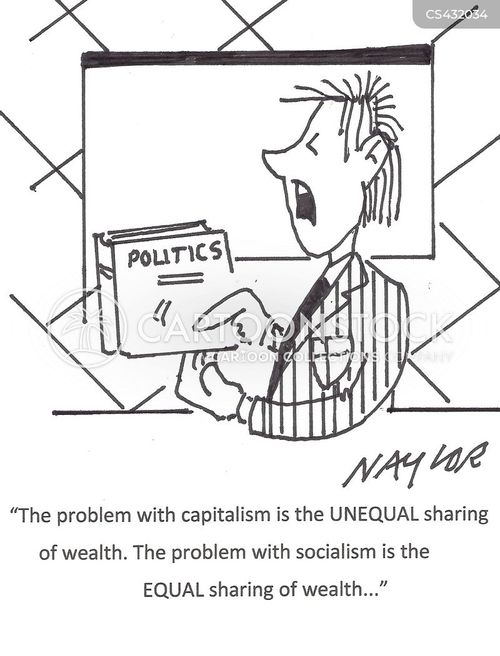 By Peter Turchin – Rodrik notes early in the book, “economics is by and large the only social science that remains almost entirely impenetrable to those who have not undertaken the requisite apprenticeship in graduate school.”

And economics is “impenetrable” not because of mathematical models, at least not to someone trained in mathematical natural sciences (the math is universal), but because economists have developed an entirely distinct jargon that sets them apart from other disciplines and creates artificial barriers to understanding the many truly worthwhile insights from economics models.

In popular press, comparative advantage is always used as a justification for advocating free trade. Rodrik does an admirable job explaining why, under many conditions, free trade can lead to really negative consequences for economies and populations of countries that open themselves to international competition.

For example, there is strategic behavior. A country may choose to protect its domestic industry with high tariffs and subsidize its exports in order to gain market share.

Perhaps its leaders don’t understand the Principle of Comparative Advantage, not having the benefit of apprenticeship in economics. Or perhaps they care more about their country’s long-term survival in an anarchic international environment than about making immediate profit.

As Rodrik correctly stresses, these cases do not prove that standard economics is wrong. In short, “someone who advocates free trade because it will benefit everyone probably does not understand how comparative advantage really works.” more> https://goo.gl/mQr9tV

How to Manage $2 Trillion If You’re New at It

By Barry Ritholtz – Before the Saudis start putting that enormous pile of money to work, they may want to take a moment to consider a few items related to costs and performance of the new fund. Given the size of that portfolio, likely to be the world’s largest, a few basis points lost here or there may not seem like something to be too concerned about.

But those small crumbs might add up over time to many billions of dollars.

All of the academic data overwhelmingly demonstrates that costs are the single biggest drag on returns. They are also the item over which investors have the greatest control. It is tempting to ignore them. That would be a huge mistake. It is precisely why watching costs very closely from the very beginning is so important.

Look at how Vanguard Group manages its own operations for a good example of what to do.

The financial industry has spent decades creating complexity in investment products, but this serves a purpose of little relevance to a giant sovereign fund. Simple, transparent and low cost are what will serve this fund the best.

It will be interesting to see if this huge new fund can avoid many of the errors that seem to trip up existing pensions and endowments. Based on its opening gambit — the Uber investment — I have some doubts. more> http://goo.gl/YpzJOz

Posted in Banking, Business, Economy, How to

Finding the Value in Finance 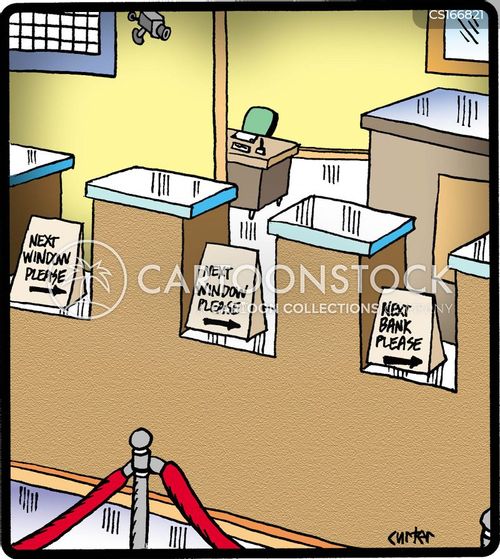 By Noah Smith – “Finance” is actually a lot of different things.

There’s another big problem with the question, though. “Creating value” isn’t a well-defined concept. There are different notions of value. more> http://tinyurl.com/qfs78su

The Volcker Rule Makes Us Safer, But Not Safe By Steve Denning – Fundamentally, what’s happening is that the financial economy has become disconnected from the real economy. Back around 1970, the idea got going that the only purpose of a firm was to make money for itself and its shareholders. Four decades later, we can see that this widely shared idea has had disastrous consequences.

It has led to “bad profits” that have destroyed customer loyalty. It is responsible for massive offshoring of manufacturing, thereby destroying major segments of the US economy. It has undermined US capacity to compete in international markets. It is a key driver in the continuing growth of derivatives and the 2008 financial crisis. It lies behind the failure of companies to invest since 2008 and the lack of a self-sustaining recovery.

The financial sector is thus part of a much larger problem. more> http://tinyurl.com/ohtk78b