Are corporations becoming the new arbiters of public morality?

After Charlottesville, CEOs have become our public conscience. Here’s what that says about capitalism in America. 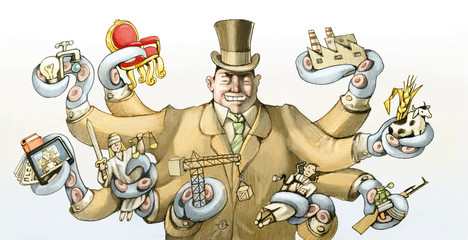 By Tara Isabella Burton – The CEOs’ resignations are part of a broader trend of major corporations taking a public stand on issues of social justice. Web hosting site GoDaddy took down neo-Nazi website the Daily Stormer after the Charlottesville violence, and Google later declined to host the site.

(It reappeared, briefly, on the dark web, then subsequently with a Russian address.)

Airbnb deleted the accounts of members it deemed to be white supremacists looking for Charlottesville accommodation. GoFundMe took down a crowd-funding campaign to raise money for the legal fees of the white nationalist who killed counterprotester Heather Hayer with his car.

“There is nothing on the internet,” Ridge Montes says, not a forum, a comments section of a news site, or a social media platform used to coordinate political protest events, “that isn’t owned by somebody.” In other words, political discourse and discourse about social goods is shaped at every level, for better or for worse, by companies with a financial interest in that discourse.

We affirm our values — and identity — at the shopping till as much as, or more than, the altar. more> https://goo.gl/kP9BJG

Did Google and GoDaddy Set a Dangerous Precedent by Dropping a Neo-Nazi Website?

By Jack Denton – GoDaddy’s decision comes at a particularly fraught moment in the debate over whether freedom of speech can be reconciled with attempts to quell hateful discourse and actions. Additionally, with the Internet becoming the preferred mode of public discourse, abusive trolling and rampant falsehoods have led some to call for increased accountability from Internet service providers and social media companies for the content they host and support.

The central question of this debate continues to be: Is freedom worth its consequences?

Preventing people from reaching the Daily Stormer’s website does nothing to actually combat the ideas. There’s the old, famous saying that the remedy for bad speech is more speech—it’s not silencing the bad speech. Hate speech is legal in the United States. And people are going to continue to express themselves in awful ways, and cutting off the domain name isn’t helpful for the dialogue.

Any attempt to try to hold service providers responsible is absolutely bound to backfire. In the marketplace of ideas, we need to have exposure to all sorts of ideas. Good ones, bad ones, fake ones—all of them are valuable in their own way. The reader is the only one whose judgment matters.

The problems in Charlottesville were not problems of speech, they were problems of violence. more> https://goo.gl/YBkDkM

Want to strengthen democracy? Exercise your freedom of religion 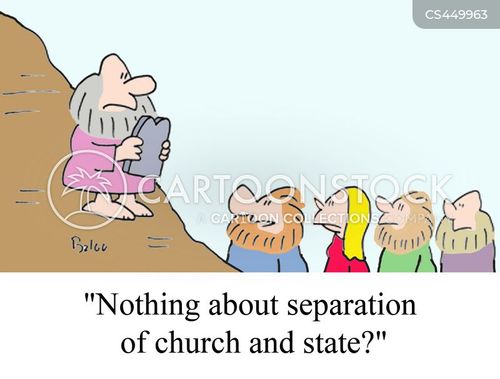 By Steven Paulikas – If Washington is correct, then the long-term decline of religious participation in America and other democratic countries is one of the root causes for the type of political decay we are experiencing—and the absence of a “national morality” is at the core of this. The first American president was not a religious zealot, but he nonetheless saw religious practice as an essential act of citizenship, especially among those of “refined education.”

There is a multitude of good reasons why Americans are deserting the faith institutions their forebears built, not the least of which is the litany of inexcusable abuses many have suffered in the name of religion. (And to be sure, not every faith group is dedicated to upholding peace and common human dignity.)

But the scale of exodus leaves one to wonder if the abandonment of “organized” religion is not something akin to the type of apathy that led left-leaning people like me to become complacent about our political institutions.

After all, the American state is guilty of just as many sins as religion, and yet there is no movement to abandon our institutions of democracy. more> https://goo.gl/Plgl03

All The Things Wrong With the Web Today, According to its Inventor 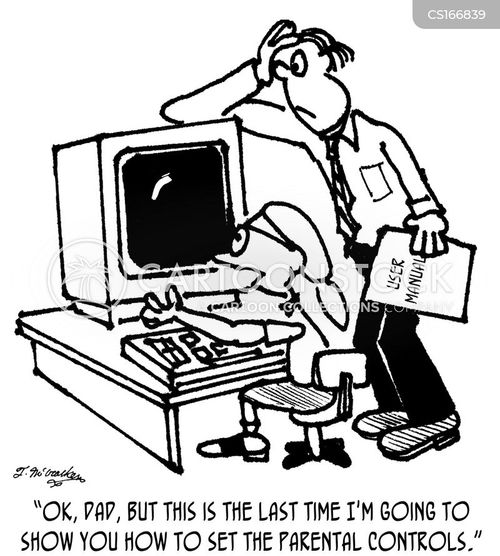 By Joon Ian Wong – Tim Berners-Lee isn’t particularly pleased with the way things have gone with his creation.

Advertising’s pernicious effect on the news. The web is cleaving into the haves and have-nots of news readership. Wealthy readers will pay to opt out of advertising; less privileged readers will have to stick with news that’s ad-supported,

Social networks are ignoring their responsibility to the truth. Social networks absorb their users’ personal data, but wind up “disempowering” those same users by isolating them from the wider web, 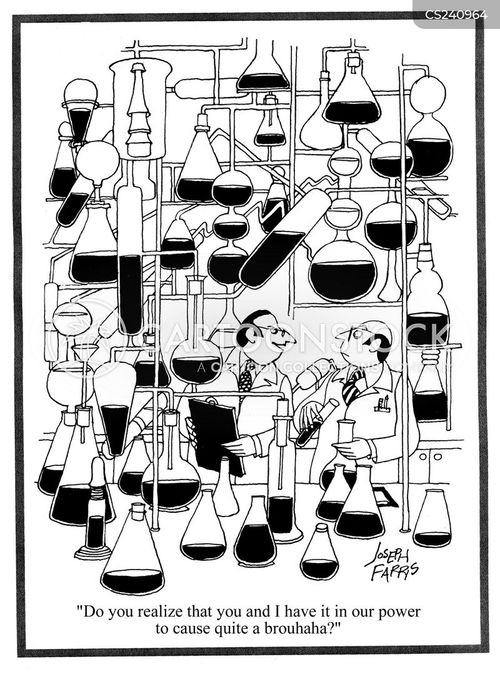 By Jack Karsten – The public interest standard has governed broadcast radio and television since Congress passed the Radio Act of 1927. However, decades of successive court cases and updated telecommunications laws have done little to clarify what falls into the public interest.

Prior to the public interest standard, free speech advocates argued with the broadcasting industry over who should have editorial control over content. Industry groups opposed a common carrier approach that would have allowed anyone to buy airtime. The resulting compromise established a short-term renewable licensing regime, overseen by the Federal Communications Commission since 1934, which required broadcasters to act on behalf of all others who did not receive a license. Congress granted the FCC the flexibility to revise its interpretation of the public interest standard to reflect changing circumstances. Since its founding, the FCC has repeatedly refused to set forth its own concrete definition of the public interest.

The Telecommunications Act of 1996 updated the 1934 Communications Act, but did not address the public interest standard beyond maintaining the status quo. more> https://goo.gl/AfmULj

The rise of personalist rule 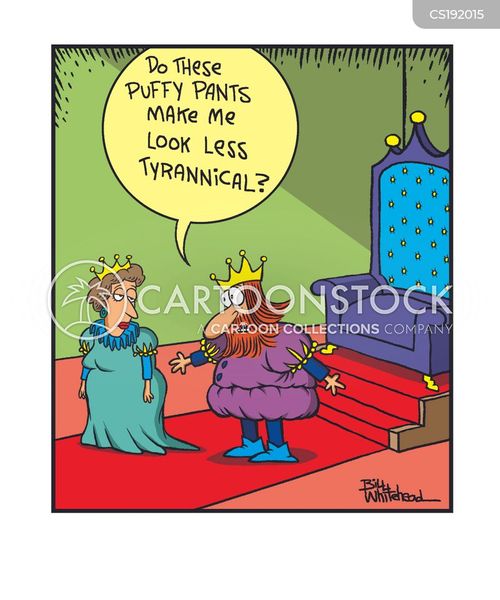 By Torrey Taussig – Over the last decade, authoritarians have pushed back against the world’s prevailing democratic order. For the 11th year in a row, Freedom House has announced an overall drop in freedom worldwide.

Most countries today (55 percent) are considered not free or partly free according to the civil liberties and political rights citizens enjoy. At the same time, highly personalized regimes are taking control of autocratic and even democratic political systems.

There are four primary reasons that personalist systems can lead to more aggressive foreign policies.

First, the inherent characteristics of the kinds of individuals who become personalist rulers—ambitious, cut-throat and divisive—drive them to pursue more adventurist international goals than leaders of other kinds of regimes.

Second, personalist leaders perceive lower costs of fighting than leaders of democracies or more constrained autocratic systems because they have fewer normative aversions to force, do not internalize the costs of fighting, and view force as more effective than other tools of statecraft.

Third, personalist leaders do not fear defeat to the extent that other leaders do because of the lack of strong institutions able to punish the leader for his mistakes.

Fourth, subordinates to personalist leaders are typically unwilling to challenge a leader’s personal biases, leading to profound “groupthink” and overestimation of the likelihood of victory. more> https://goo.gl/D32rxA 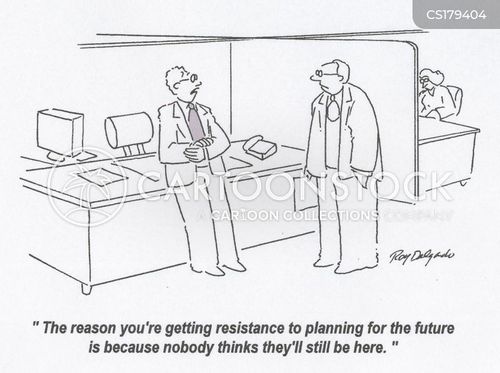 By Quincy Larson – So far, the story of the internet has followed the same tragic narrative that’s befallen other information technologies over the past 160 years:

Each of these had roughly the same story arc:

The problem is that we’ve been in step 4 for decades now. And there’s no step 5 in sight. The creative destruction that the Economist Joseph Schumpeter first observed in the early 1900s has yet to materialize. more>

By George L. Perry – The stock market should like these economic proposals for several reasons.

Lower tax rates directly raise after-tax profits. Faster expansion from the fiscal push means higher profits. And reducing regulations cuts costs and raises profits. Banks, which are a clear target for deregulation, also benefit from higher interest rates that raise lending profits. No surprise their stocks have been the best performers in the market rally.

he impact of these budgetary policies in the longer run are more murky.

Today’s Congress is likely to give the Administration most of what it asks for. And one big risk in this is that budgetary projections will be made based on dynamic scoring that assumes the programs produce large increases in productivity growth, and so project unrealistically fast growth in the economy’s potential output and revenues.

The CBO and Finance Committee make professional assessments of these supply-side effects in estimating future budgetary impacts of tax changes. But the Administration will push for more generous estimates of future revenues that will make the tax and budget proposals more palatable at present.

This will only put off dealing with long-run budget deficits and a rising ratio of debt-to-GDP that is projected as the population ages. The adverse effects of swelling debt will be someone else’s problem at some future time. more> https://goo.gl/th1nzJ

Americans aren’t as attached to democracy as you might think 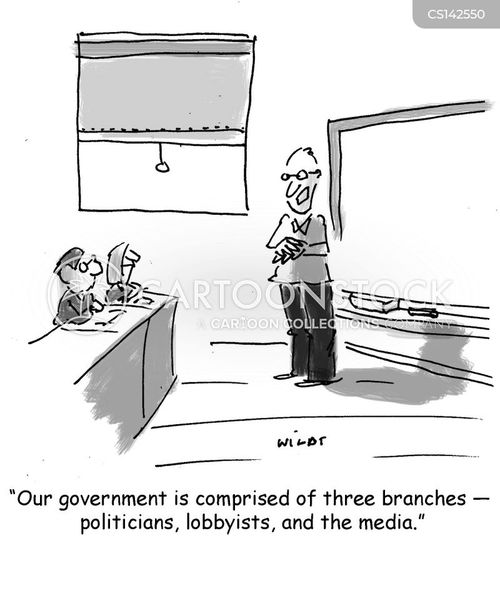 By Austin Sarat – While we have been focused on partisan divides over government policy and personnel, an almost invisible erosion of the foundations of our political system has been taking place. Public support for the rule of law and democracy can no longer be taken for granted.

While President Trump’s behavior has riveted the media and the public, our eyes should not only be focused on him but on this larger – and troubling – trend.

If the rule of law and democracy are to survive in America we will need to address the decline in the public’s understanding of, and support for both. While we celebrate the Ninth Circuit’s decision on Trump’s ban, we also must initiate a national conversation about democracy and the rule of law. Civics education, long derided, needs to be revived.

Schools, civic groups, and the media must to go back to fundamentals and explain what basic American political values entail and why they are desirable. Defenders of democracy and the rule of law must take their case to the American people and remind them of the Founders’ admonition that:

Europe Must Defend Itself Against A Dangerous President

By Klaus Brinkbäumer – There are times in life that really do count. Times when a person’s character is revealed, when the important is separated from the unimportant. Soon decisions are taken that will determine the further path a person takes.

Germany must stand up in opposition to the 45th president of the United States and his government. That’s difficult enough already for two reasons: Because it is from the Americans that we obtained our liberal democracy in the first place; and because it is unclear how the brute and choleric man on the other side will react to diplomatic pressure. The fact that opposition to the American government can only succeed when mounted together with Asian and African partners — and no doubt with our partners in Europe, with the EU — doesn’t make the situation any easier.

Under President Trump, both the justified and the contemptible will be melded. Injustice is a major issue of our times, as are fears of digitalization and globalization — and rightfully so given that the division of society and the speed of modern life is, in fact, extreme. Trump fuses these worries of his voters with nationalism and xenophobia. That’s how demagogues work and it is how they become effective.

The fact that the United States, a nuclear superpower that has dominated the world economically, militarily and culturally for decades, is now presenting itself as the victim, calling in all seriousness for “America first” and trying to force the rest of the world into humiliating concessions is absurd. But precisely because this nonsense is coming from the world’s most powerful man, it is getting trapped by him. more> https://goo.gl/PwClWJ