How Can Greece Take Charge?

By James Surowiecki – Greek olive oil is often described as the best in the world. Yet sixty per cent of Greek oil is sold in bulk to Italy, which then resells it at a hefty markup.

Greece should be processing and selling that oil itself, and similar stories could be told about feta cheese and yogurt; a 2012 McKinsey study suggested that food products could add billions to Greece’s G.D.P.

It produces a large number of scientists and engineers, but it spends little on research and development, so talent migrates abroad. And there are other ways that Greece could capitalize on its climate and its educated workforce; as James Galbraith suggests, it’s an ideal location for research centers and branches of foreign universities. more> http://tinyurl.com/njczr8m

Why Greece Isn’t to Blame for the Crisis

By Mark Blyth – The roots of the crisis lie far away from Greece; they lie in the architecture of European banking.

When the euro came into existence in 1999, not only did the Greeks get to borrow like the Germans, everyone’s banks got to borrow and lend in what was effectively a cheap foreign currency.

Part of the story, as we wrote in January, was the political risk that Syriza presented, which threatened to embolden other anti-creditor coalitions across Europe, such as Podemos in Spain.

Another part lay in what the European elites buried deep within their supposed bailouts for Greece.

Namely, the bailouts weren’t for Greece at all.

They were bailouts-on-the-quiet for Europe’s big banks, and taxpayers in core countries are now being stuck with the bill since the Greeks have refused to pay.

It is this hidden game that lies at the heart of Greece’s decision to say “no” and Europe’s inability to solve the problem. more> http://tinyurl.com/q3332sx 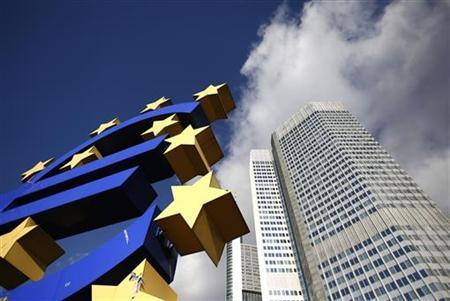 By John O’Donnell and Paul Carrel – The European Central Bank has proposed that the EU’s powerful antitrust chief be given a permanent role for shutting down weak banks that survive largely on central bank funding.

In the absence of a pan-European scheme for winding up struggling lenders, the task of cleaning up the sector has fallen by default to Joaquin Almunia, the European commissioner for competition issues, who ordered a restructuring of Spanish banks on Wednesday (Nov 28) and wants similar moves in Greece. more> http://tinyurl.com/d3e7ab3

Why the U.S. Has a Worse Youth Unemployment Problem than Europe

By Peter Gumbel – The latest unemployment statistics released this week on both sides of the Atlantic show that the number of jobless is continuing to rise in Europe (pdf) far above the rate in the U.S., and the picture is especially bleak for young Europeans under the age of 25. In the 27 E.U. nations as a whole, the youth unemployment rate rose to 22.8% in September, up from 21.7% the previous year. In Greece and Spain, that proportion is over 50%. In the U.S., meanwhile, the unemployment rate was essentially unchanged in October, at 7.9%, the Bureau of Labor Statistics announced Nov. 2. And the U.S. rate of unemployment among young people under 25 was 16%. more> http://tinyurl.com/acye3od

It is IMPOSSIBLE for the US to default!!!

By John T. Harvey – With so many economic, political, and social problems facing us today, there is little point in focusing attention on something that is not one. The false fear of which I speak is the chance of US debt default.

The reason the US could never be forced to default is that every single bit of the debt is owed in the currency that we and only we can issue: dollars. Unlike Greece, we don’t have to try to earn foreign exchange via exports or beg for better terms. There is simply no level of debt we could not repay with a keystroke.

“The United States can pay any debt it has because we can always print money to do that. So there is zero probability of default.” Alan Greenspan

Mind you, that doesn’t mean there might not be other economic or political consequences. more> http://tinyurl.com/9sdxbfd

By Mark Deen and Tony Czuczka – Chancellor Angela Merkel hosts President Francois Hollande today as officials look for ways to stave off an immediate crisis after a report due next month from Greece‘s international creditors on the health of its finances.

With the leaders of Europe‘s two biggest economies still at the confidence-building stage, Merkel and Hollande are seeking common ground on Greece and the wider euro-area debt crisis almost three years after its inception. more> http://tinyurl.com/8f9yqkq

What’s the solution to the euro crisis?

By Liz Phillips – A war of words is going on between European leaders but the noise can’t disguise the fact that they are no nearer to concrete solutions to the euro crisis. Mario Draghi, the European Central Bank‘s President, has been trying to bang together the heads of the politicians and suggesting there can be no ECB money without tighter financial controls.

Europe‘s single market is in danger of fragmenting with Greece the likeliest to leave first. But no one believes the euro as a whole will completely break up. more> http://tinyurl.com/8oc99kn 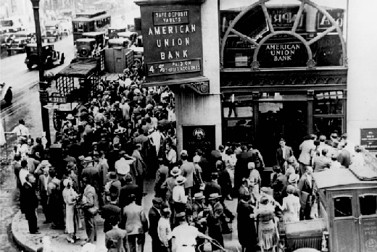 The crisis has now gone well beyond the prospect of breaking up the euro EURUSD +0.68%  to the threat of a full-fledged financial and economic collapse in Europe that could plunge the world into a second Great Depression.

Few Americans are aware that a worldwide banking crisis started by cascading bank failures in Austria and Germany was one of the major causes of that earlier Depression. more> http://tinyurl.com/c7t5j4l