By Aaron Bielenberg, James Williams, and Jonathan Woetzel – Infrastructure—for example, transportation, power, water, and telecom systems—underpins economic activity and catalyzes growth and development. The world spends more than $2.5 trillion a year on infrastructure, but $3.7 trillion a year will be needed through 2035 just to keep pace with projected GDP growth.

National, state, and local governments are devoting increased amounts of capital to meet these needs, and for good reason. The McKinsey Global Institute estimates that infrastructure has a socioeconomic rate of return around 20 percent. In other words, $1 of infrastructure investment can raise GDP by 20 cents in the long run.

Gains from infrastructure are fully realized, however, only when projects generate tangible public benefits. Unfortunately, many governments find it difficult to select the right projects—those with the most benefit. Furthermore, infrastructure can provide social and economic advantages only when the capital and operating costs can be financed sustainably, either by the revenues a project generates or by the government sponsor. Too many projects become an economic burden and drain on finances when a government borrows money for an undertaking and neither its revenues nor its direct and indirect economic benefits adequately cover the cost.

Our framework includes four key best practices to help modernize decision making for infrastructure and to improve its social and economic impact. Each step is enabled by and contributes to a consistent, fact-based process for identifying and executing infrastructure projects. The first step—ensuring that projects yield measurable benefits—lays the foundation for all the rest.

Consistent, transparent assessments are required to determine if infrastructure satisfies the elements of our framework—whether a project offers robust public benefits, is compatible with other projects and appropriately aligned with the community’s objectives, and uses the best long-term financing available. Thus, governments may have to invest in capabilities to evaluate the benefits of projects and commit themselves to transparent evaluations that include the necessary checks and balances.

Governments should assess their institutional capabilities against the framework’s elements, such as mapping current processes to develop infrastructure projects from concept to operation.

Can the government complete a structured quantification of public benefits?

Is there a way to assess the portfolio as a whole in light of the debt-management strategy? more>

New tech only benefits the elite until the people demand more 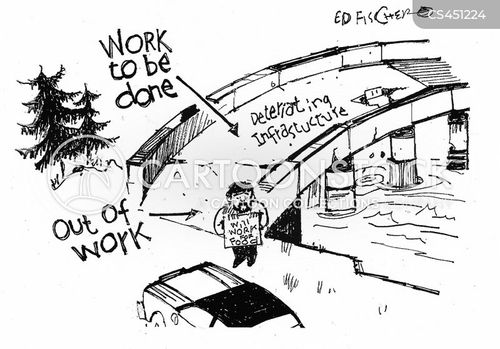 By Christopher Jones – The United States faces an infrastructure crisis.

Report after report warns that the nation’s networks are old, brittle and vulnerable. Systems that were once the envy of the world now suffer from chronic underfunding and neglect.

If you’ve traveled in western Europe or parts of China recently, you probably noticed the unfavorable comparison between roads and subways in the US and those abroad. A culture enthralled with disruptive innovation has ignored the fundamental importance of maintaining its technological backbones.

Can we make US infrastructure great again? Yes, and clearly financial investment is essential. But that is not all.

Infrastructure is not, and never has been, simply a collection of material objects. The secret of the country’s infrastructure success lies in a forgotten political history: the demands by millions of Americans over time for fairer and more equitable access to rails, pipes, wires, roads and more.

Citizen engagement, not technical ingenuity, deserves credit for the widespread historical benefits of US infrastructure.

When new systems first appeared, they were frequently celebrated as technical marvels accompanied by parades, ribbon-cuttings and grand speeches. But they never appeared equitably. Indoor plumbing, gas and electricity made the lives of the elite more comfortable, while leaving the vast majority of Americans behind. Whether it was railroads in the 19th century, transmission wires at the turn of the 20th century, or roads in the 20th century, the pattern was the same.

All initially served the already powerful, and often allowed them to increase their control over markets and labor. The first deployments of infrastructure have therefore usually benefited small groups and exacerbated social inequality.

Crucially, people did not simply accept the iniquity. more> https://goo.gl/2cAxL7

Rambling nonsense is not a legislative strategy. 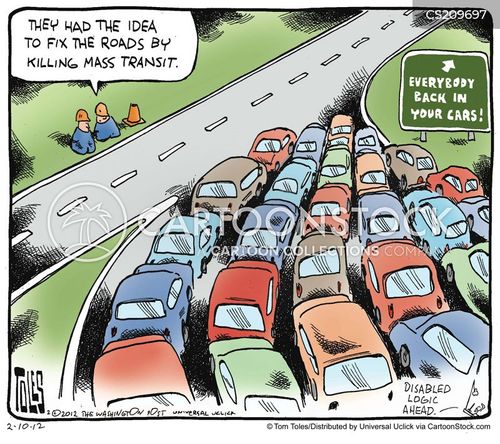 By Matthew Yglesias – It’s pure vaporware, and unless something dramatic changes to the overall structure of the administration, it always will be.

In addition to Trump not doing any work on the legislative process around an infrastructure bill, the interview also makes it clear that he has no knowledge of the underlying subject matter.

Trump’s explanation for how he will overcome his lack of knowledge is that he will establish a commission, led by two other real estate developers who also lack relevant knowledge. 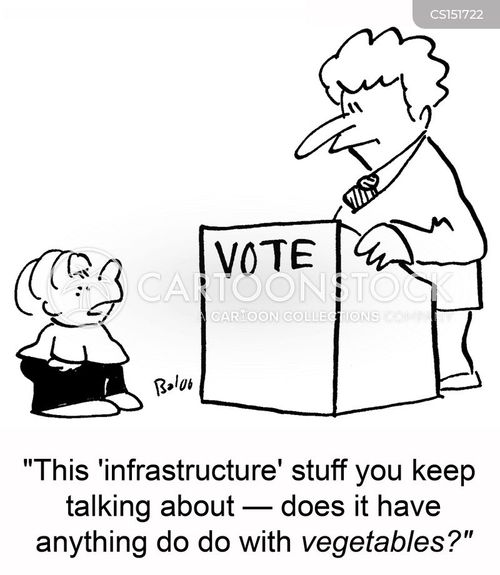 By Allison Schrager – Interest rates have been so low that the potential long-term national economic benefit from improving US infrastructure, such as roads, airports, bridges, and internet access, could easily outweigh the cost of borrowing money to do it.

Now US president-elect Donald Trump is pushing forward with infrastructure plans rooted in such analysis. But there are two vitally important wrinkles to the argument to consider:

The result is that the projects will ultimately cost more and, if the right projects are selected, any economic benefits will take longer to arrive.

It seems how well Trump’s infrastructure plan will work will depend on how patient he is. Given the state of the economy, boosting economic growth will require picking useful infrastructure projects. They have the potential to boost America’s productive capacity for years to come. more> https://goo.gl/vbypf1 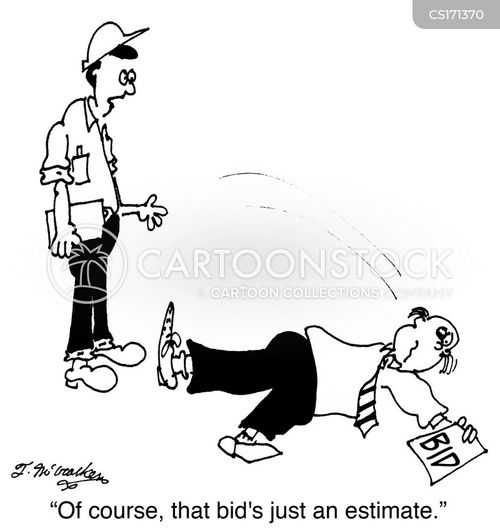 By Joseph Kane and Adie Tomer – Infrastructure helps facilitate the exchange of information, drive production, and deliver resources, spanning multiple sectors of the economy and serving as a foundation to long-term growth.

Yet, infrastructure’s prominent role in the labor market is perhaps one of its most overlooked strengths. Too often framed in terms of short-term construction projects, infrastructure activities involve a considerable depth and breadth of employment opportunities across the country.

infrastructure occupations also boast competitive wages with relatively low barriers to entry, frequently paying up to 30 percent more to workers with a high school diploma or less compared to those in all other occupations.

Plumbers, truck mechanics, and power line installers are among the numerous infrastructure occupations that fall into this category, which tend to emphasize on-the-job training rather than higher levels of formal education. more> http://goo.gl/q7qcKI

How Better Data Can Help Address the Global infrastructure Gap 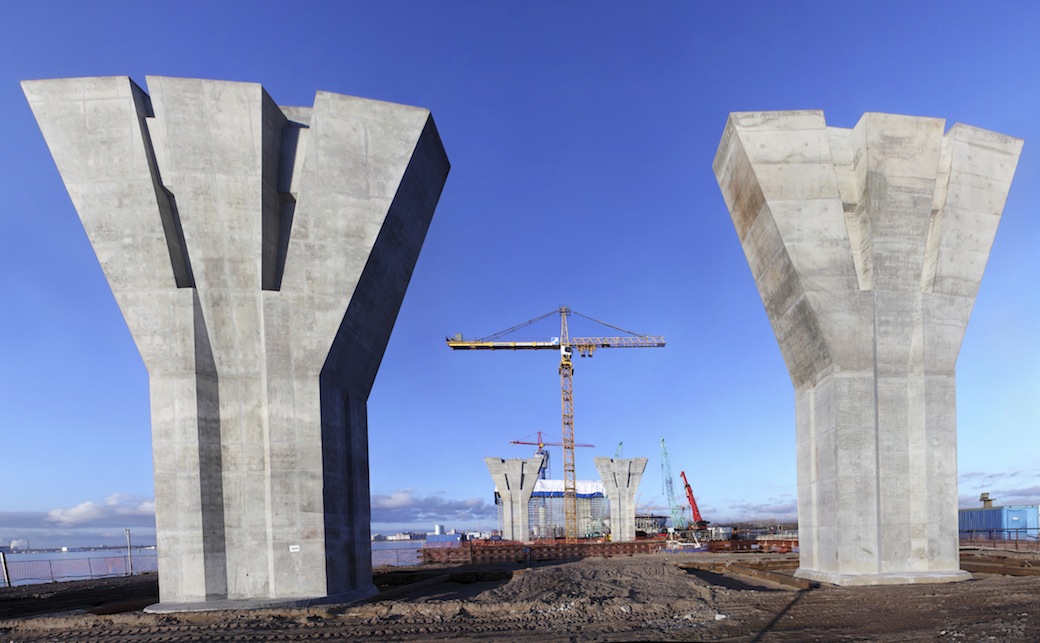 By Chris Heathcote – There are many varying estimates of the global infrastructure gap, but one thing they all agree on is that it is large and it is not closing on current policy settings. Whether it is McKinsey’s estimate of $57 trillion, or PwC’s of $78 trillion in infrastructure needs — leaving an expected infrastructure deficit widely estimated at around $20 trillion to 2030 — it is clear that for the world to meet its growth potential, this gap needs to be addressed.

Beyond providing a needed boost to global growth, McKinsey’s analysis suggests that an increase in infrastructure investment equivalent to 1 per cent of GDP could translate into an additional 3.4 million direct and indirect jobs in India, 1.5 million in the U.S., 1.3 million in Brazil and 700,000 in Indonesia.

So what is holding back increased investment in infrastructure?

The answer isn’t necessarily the same for all markets. more> http://goo.gl/4VTddf

By Edward Alden – Transportation infrastructure is one of the pillars of a modern competitive economy. It allows people to travel to and from work easily every day. It permits goods to move quickly from U.S. factories to international markets, or from coastal ports to American retail shops, boosting productivity. It lets us hop in the car, or on a train or plane to escape for the weekend or a longer holiday, improving our quality of life and making the United States a more attractive place to live.

Americans understood this once upon a time, building the most impressive network of roads and airports in the world, as well as a solid freight rail system. But for far too long we have been living on that inheritance. more> more> http://tinyurl.com/bs9pf5h