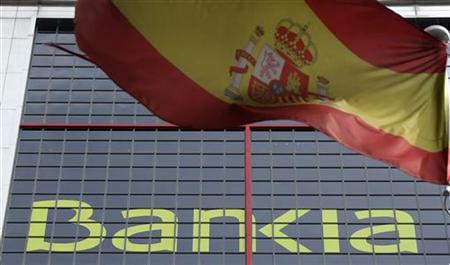 By Annika Breidthardt and Andreas Rinke – While Berlin remains firm in its rejection of Spain’s calls for Europe‘s rescue funds to lend directly to its banks, the officials said that if Madrid put in a formal aid request, funds could flow without it submitting to the kind of strict reform program agreed for Greece, Portugal and Ireland.

Instead, Spain would only have to agree to new conditions tied to the reform of its banking sector. more> http://tinyurl.com/cbp35pt 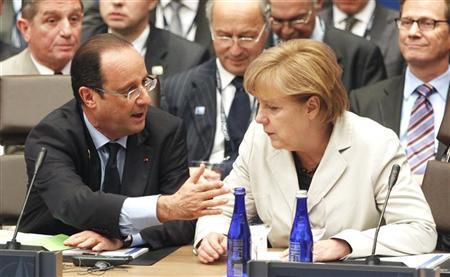 By Luke Baker – For the first time in more than two years of debt-crisis meetings, the leaders of France and Germany have not held their own mini-summit beforehand to agree positions, marking a significant shift in the traditional Franco-German axis.

Instead, new French President Francois Hollande will meet Spanish Prime Minister Mariano Rajoy in Paris to discuss policy, before the pair travel to Brussels for the 1800 GMT summit.

Despite fears that Greece could exit the currency bloc, Spain, where the economy is in recession and the banking system is in need of wholesale restructuring. more> http://tinyurl.com/cqxsko8

Meanwhile, the Greek unemployment rate rose to 21.8pc, according to fresh figures from the national statistics office. During 2011, the average annual jobless rate soared to 17.7pc from 12.5pc the year before, revealing the toll of the crisis and resulting austerity measures that have seen one-in-10 jobs destroyed. more> http://tinyurl.com/bwqcpmq