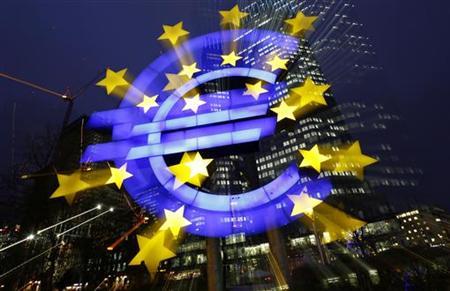 By James Saft – Mario Draghi has saved the euro, for the time being, but seems less inclined to help the economies in which it is used.

With central banks in the U.S. and Japan easing aggressively, that leaves the euro liable to continue its recent gains, making countries in the currency area less able to export their way out of their problems. more> http://tinyurl.com/ctlelwz 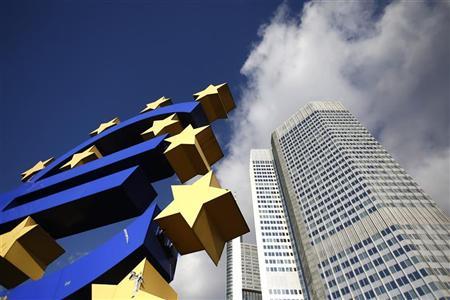 By Eva Kuehnen – The European Central Bank pondered an interest rate cut on Thursday and predicted the euro zone economy would shrink again in 2013, leaving the door open to a possible reduction in borrowing costs early next year.

The Council also touched on the idea of cutting its deposit rate into negative territory. By effectively charging banks for their deposits rather than paying them interest, the ECB could push banks to put their money to work elsewhere. more> http://tinyurl.com/branh8t 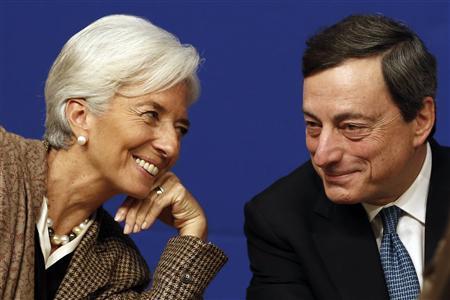 WHY IT MATTERS: Europe’s Economic Crisis By Paul Wiseman – The issue: Europe is struggling to control a debt crisis, save the euro currency and stop a repeat of the 2008 financial crisis that sent the world spinning into recession.

Why it matters: Europe buys 22 percent of the goods America exports. U.S. companies have invested heavily in Europe.

Europeans are struggling to repair a system that was flawed from the start. The euro, introduced in 1999, makes it easier to do business across Europe; no more changing francs to deutschemarks when French and German companies do business. But the common currency joined countries with vastly different economies and political cultures — and each got to keep running its own budget. more> http://tinyurl.com/8r5rjfg 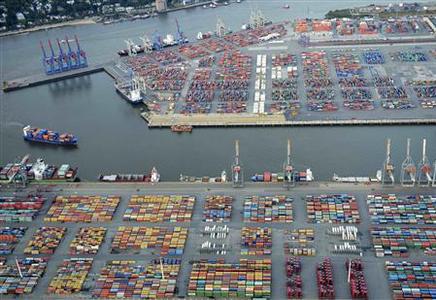 By Alexandra Hudson and Eva Kuehnen – German business sentiment dropped for a fifth straight month in September, raising fears of recession as companies struggled with what they said was the worst economic outlook since mid-2009.

“Despite fears of a looming Eurozone break-up clearly fading away, German businesses are downscaling their expectations. The German economy could see a contraction in the third quarter.” more> http://tinyurl.com/8qyjtpp

What’s the solution to the euro crisis?

By Liz Phillips – A war of words is going on between European leaders but the noise can’t disguise the fact that they are no nearer to concrete solutions to the euro crisis. Mario Draghi, the European Central Bank‘s President, has been trying to bang together the heads of the politicians and suggesting there can be no ECB money without tighter financial controls.

Europe‘s single market is in danger of fragmenting with Greece the likeliest to leave first. But no one believes the euro as a whole will completely break up. more> http://tinyurl.com/8oc99kn