Why the Middle East Is More Combustible Than Ever 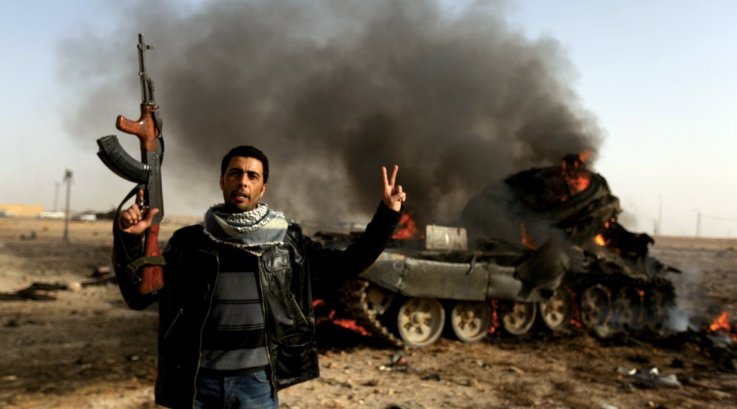 By Robert Malley – The war that now looms largest is a war nobody apparently wants.

A conflict could break out in any one of a number of places for any one of a number of reasons. Consider the September 14 attack on Saudi oil facilities: it could theoretically have been perpetrated by the Houthis, a Yemeni rebel group, as part of their war with the kingdom; by Iran, as a response to debilitating U.S. sanctions; or by an Iranian-backed Shiite militia in Iraq.

If Washington decided to take military action against Tehran, this could in turn prompt Iranian retaliation against the United States’ Gulf allies, an attack by Hezbollah on Israel, or a Shiite militia operation against U.S. personnel in Iraq. Likewise, Israeli operations against Iranian allies anywhere in the Middle East could trigger a regionwide chain reaction. Because any development anywhere in the region can have ripple effects everywhere, narrowly containing a crisis is fast becoming an exercise in futility.

The Middle East has become the world’s most polarized region and, paradoxically, its most integrated. That combination—along with weak state structures, powerful nonstate actors, and multiple transitions occurring almost simultaneously—also makes the Middle East the world’s most volatile region. It further means that as long as its regional posture remains as it is, the United States will be just one poorly timed or dangerously aimed Houthi drone strike, or one particularly effective Israeli operation against a Shiite militia, away from its next costly regional entanglement.

Ultimately, the question is not chiefly whether the United States should disengage from the region. It is how it should choose to engage: diplomatically or militarily, by exacerbating divides or mitigating them, and by aligning itself fully with one side or seeking to achieve a sort of balance.

Economically, it ranks among the least integrated areas of the world; institutionally, the Arab League is less coherent than the European Union, less effective than the African Union, and more dysfunctional than the Organization of American States. Nor is there any regional entity to which Arab countries and the three most active non-Arab players (Iran, Israel, and Turkey) belong.

Yet in so many other ways, the Middle East functions as a unified space. Ideologies and movements spread across borders: in times past, Arabism and Nasserism; today, political Islam and jihadism. more>

By Peter Van Buren – The old Sykes-Picot Agreement was enforced by the superpowers of the day, Britain and France, with buy-in from Russia.

The immediate aim was colonialism; the long-term goal stability, following the massive realignment of power that was World War One. The lines were literally drawn for the next nine decades.

From a geopolitical perspective, here’s what we have now: the 2003 invasion of Iraq blew open the struggle among the Sunnis, Shi’ites and Kurds. It unleashed the forces behind some of the Arab Spring-driven chaos in Syria, and drew Iran deep into the Iraqi conflict. Shi’ite militia and Iraqi government attacks on Sunnis opened the door for Islamic State to step in as their protector.

That all has led to human suffering on a genocidal scale, including refugee flows no one seems sure how best to handle. The ongoing effort to bomb away the problems has resulted in destroying cities like Ramadi, Kobane, Homs, and soon Mosul, in order to “save” them.

Four American presidents have made war in the region without concrete results, and Obama’s successor will be number five. more> http://goo.gl/XeEAmI

Fight or flight: America’s choice in the Middle East 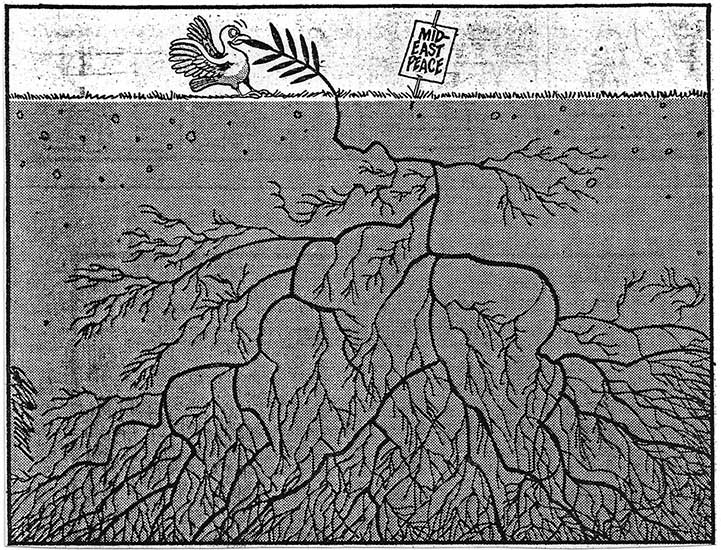 By Kenneth M. Pollack – Grasping the real choices that the United States faces in the Middle East requires an honest understanding of what is going on there.

Although it is fashionable to blame the region’s travails on ancient hatreds or the poor cartography of Mr. Sykes and Monsieur Picot, the real problems began with the modern Arab state system. After World War II, the Arab states came into their own. Most shed their European colonial masters, and all adopted more modern political systems, whether secular republics (read: dictatorships) or new monarchies.

None of these states worked very well. For one thing, their economies depended heavily on oil, either directly, by pumping it themselves, or indirectly, via trade, aid, and worker remittances. These rentier economies produced too few jobs and too much wealth that their civilian populations neither controlled nor generated, encouraging the ruling elites to treat their citizenries as (mostly unwanted) dependents.

The oil money bred massive corruption, along with bloated public sectors uninterested in the needs or aspirations of the wider populace.

To make matters worse, the Arab states had emerged from Ottoman and European colonialism with their traditional socio-cultural systems intact, which oil wealth and autocracy made it possible to preserve and even indulge.

By the 1990s, popular discontent had risen throughout the Middle East … more> http://goo.gl/GE8UCj

Why The U.S. Remains The World’s Unchallenged Superpower

By Jonathan Adelman – The United States is the world leader and likely to remain there for decades.

It has the greatest soft power in the world by far. The United States still receives far more immigrants each year (1 million) than any other country in the world.

The United States leads the world in high technology (Silicon Valley), finance and business (Wall Street), the movies (Hollywood) and higher education (17 of the top 20 universities in the world in Shanghai‘s Jaotong University survey). The United States has a First World trade profile (massive exports of consumer and technology goods and imports of natural resources).

Right now, there is no one on the horizon that will overtake or even seriously challenge the United States, however ailing, for at least the next decade or two. more> http://tinyurl.com/lnlzv3v

By Nick Danforth – The idea that better borders, drawn with careful attention to the region’s ethnic and religious diversity, would have spared the Middle East a century’s worth of violence is especially provocative at a moment when Western powers weigh the merits of intervention in the region.

The fundamental problem was, and still is, that the world doesn’t have any authentic or natural borders, just waiting to be identified and transcribed onto a map. Europe’s “real” borders owe their current legitimacy, such as it is, to continent-wide exhaustion following several centuries of fighting. more> http://tinyurl.com/neewp57 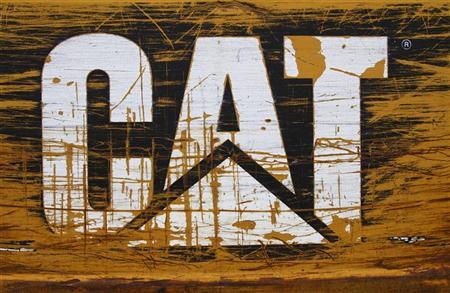 By Scott Malone – How far can cost-cutting get you in a slowing economy?

That’s the question the U.S. manufacturing sector will answer over the coming weeks. Through the first half of the year, big industrial companies including General Electric Co (GE.N), United Technologies Corp (UTX.N) and Caterpillar Inc (CAT.N) notched impressive profit growth despite shaky demand, largely thanks to their success in boosting productivity.

“How our politicians handle that fiscal cliff can either be a potential opportunity or could be a disaster and I think could spark a global recession if it was handled really poorly,” Honeywell CEO Dave Cote said in an interview in Dhahran, Saudi Arabia this week. “I’d like to be more optimistic and say I don’t think that kind of a disaster will happen.” more> http://tinyurl.com/c6dxrcf

This Is the Future of News

By Dan Macsai – “You all have this notion that news comes from reality,” says Rick Stengel, TIME’s managing editor. But like any other product — or any other “artificial thing,” as Stengel put it, “created by people like us for people like you” — news can change drastically depending on who’s producing it.

Now that anyone with a Facebook account can report what is happening, it’s up to media brands to offer insight.

“We need to get back in the knowledge game,” says Setrakian, whose Syria Deeply aims to paint a fuller picture of the Middle East by combining mainstream news with user-generated content. more> http://tinyurl.com/9l9t9jl By Niall Stanage and Amie Parnes – The sudden crisis in the Middle East poses a major challenge for President Obama, who will have to defend his foreign policies and respond to partisan attacks less than two months before the election.

Some GOP officials on Wednesday sought to fit the deadly attacks in Libya into their narrative that Obama’s leadership skills are akin to ex-President Jimmy Carter‘s.

Rep. Allen West (R-Fla.) on Wednesday (Sep 12) said, “President Obama has clearly surpassed former President Jimmy Carter and his actions during the Iranian Embassy crisis as the weakest and most ineffective person to ever occupy the White House.” more> http://tinyurl.com/9ptcxth