Rapid Money Supply Growth Does Not Cause Inflation

Neither do rapid growth in government debt, declining interest rates, or rapid Increases in a central bank’s balance sheet

The purpose of this paper is to present these findings and solicit feedback on our data, methods, and conclusions.

To analyze the issue, we developed a database of 47 countries that together constitute 91 percent of global GDP and looked at each episode of rapid money supply growth to see if it was followed by high inflation. In the majority of cases, it was not. In fact, the opposite was true—a large percentage of the cases of high inflation were not preceded by high money supply growth. These 47 countries all rank within the top 70 largest economies as measured by GDP and include each of the top 20 countries. If a country was not included, it was because we could not get a complete enough set of historical data on that country.

There are several reasons to want to better understand the causes of inflation. Currently, central banks in Japan, Europe and elsewhere are trying to engender a moderately higher level of inflation in order to stave off the drift toward deflation and under the belief that it will add to job and economic growth. Also, both public and private debt have reached such high levels in ratio to GDP that some policymakers are beginning to reflect on potential paths to deleveraging, and inflation is one such path. Lastly, a number of countries are trying to moderate levels of inflation that are deemed too high. For these countries, too, a deeper understanding of the mechanisms of inflation is important. more>

But Can The Government Afford It? 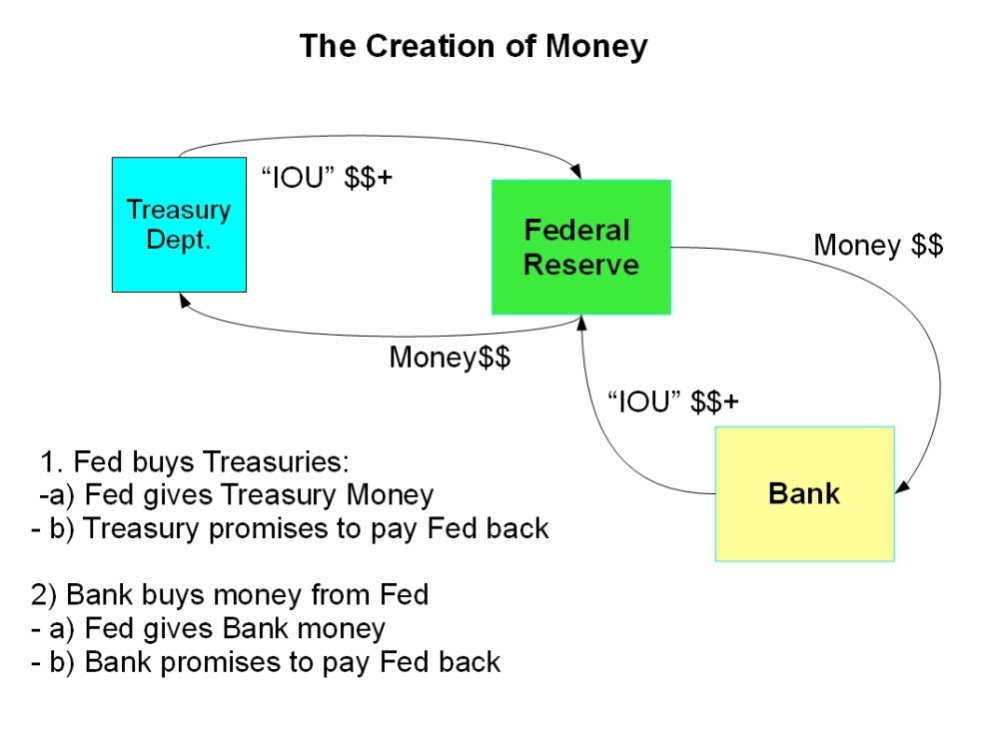 By John T. Harvey – We’ve been hearing that a lot lately, being asked about things like the proposed U.S.-Mexico border wall, the possibility of universal health care, and even regarding existing programs like Social Security. It’s a relevant question, to be sure, but 99 times out of 100 (or maybe 999 out of 1000), the context in which it is placed is completely wrong.

I say this because the question is almost always asked regarding whether or not we have enough money. If there is one place where the economics discipline has most substantially let down the general public, it’s in explaining how the financial sector works.

Long story short: money is not a scarce resource. Labor is, oil is, clean water is. Money is not.

Money can be and is created with a keystroke, just as easily as I am typing these words. This is true in both the public and private sectors. The private sector creates brand new money every time someone takes out a loan.

It is a widespread belief that banks simply loan out people’s savings. Certainly that’s part of what they do, but only a very small part. Imagine if we really had to wait for people to save up enough cash for entrepreneurs to build restaurants, shopping centers, movie theaters, car dealerships, etc. Economic expansions would be very few and very weak.

Fortunately, that’s not what happens. Instead, when banks make loans, they simply create a deposit for the borrower out of thin air. Their only problem then is meeting the government’s reserve requirement. However, if the Federal Reserve wants to hit its interest rate target, it must supply those reserves (because if it doesn’t, banks will find themselves short of reserves which will drive up interest rates as they compete for them).

If the bank agrees that you have a clever idea, the money to fund it will be created. more>

Posted in Banking, Business, Economy, Education, How to, Media, Regulations

By Matthew Stevenson – Inflation won because it is the panacea for all that ails the body politic: a short-term cure-all that promises economic growth, the possibility of paying off runaway national and international debts, new-found prosperity for the middle classes and liquidity for the impoverished, who otherwise would be voting in the streets with rocks and burning tires.

The magic of inflation, before it turns everything to dust, is that it papers over a number of intractable financial problems. The United States is now able to run monumental trade and budget deficits, fight multiple foreign wars, vote tax cuts, extend unfunded pension and healthcare benefits to citizens over age 65 and spend money with Medici-like munificence on myriad federal programs by printing money or borrowing in national and international capital markets. more> http://tinyurl.com/a4l5tpf