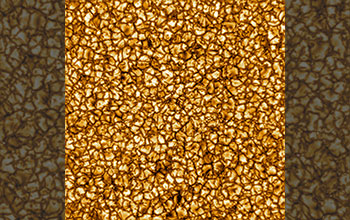 Upon first glance, his maps contain the typical landmarks we’ve become accustomed to seeing on Yahoo or Google Maps. If you look a little closer, you’ll see the maps are also pulsing with images of moving cars and scenes of bustling people, all in real time. It is part of a new computing concept called “Geo-Immersion” that blends the real and virtual worlds together. more> http://tinyurl.com/kubngby NSF – David Inouye and Amy McKinney of the University of Maryland and colleagues found that the lilies are blooming some 17 days earlier than they did in the 1970s. This means that their blooming is no longer in synch with the arrival of the hummingbirds that rely on the nectar. By the time the hummingbirds arrive, many of the flowers have withered away along with their nectar-filled blooms. more> http://tinyurl.com/b72uhce

Where Have Our Winters Gone? NSF – When the winds are right and the desert is dry, dust blows eastward from the semi-arid regions of the U.S. Southwest. In a dust-up, Western style, small dark particles fall on the mountains’ white snowfields, ultimately affecting the entire Colorado River watershed.

While dust has always blown into these mountains, the expansion of grazing and other disturbances in the western U.S. in the mid- to late-1800s led to a five- to seven-fold increase in dust loading. The snow cover became darker and lasted for shorter and shorter periods. more> http://tinyurl.com/bbf9dp9

Chalk Talk: Tragedy of the Commons

The tragedy of the commons says that self interest and competition can cause people to ruin a shared resource. If people ruin what they share, sometimes the best avenue is to have them not share. Research supported by the National Science Foundation has shown that privatization, cooperation and regulation can all work to protect commons, but only if proper enforcement exists. more> http://tinyurl.com/7pcqubf

The Chemistry of Soap

It’s a Wash: The Chemistry of Soap

NSF – This video explains how soaps and detergents–surfactants–work to break up grease and dirt on soiled surfaces, by breaking water’s surface tension and suspending dirt and oil particles in water so everything can be wiped away.
Credit: NBC Learn and the National Science Foundation (NSF) more> [VIDEO 5:47] http://tinyurl.com/84mtbjp

Posted in How to, Nature, Product, Science

Overachievers of the insect world

NSF – [VIDEO 2:28] Leaf cutter ants could be called the overachievers of the insect world. They are farmers, medicine makers, and green energy producers. With support from the National Science Foundation, bacteriologist Cameron Currie studies the complex evolutionary relationships between the ants, the fungi they cultivate and eat, and the bacteria that influence this symbiosis. more> http://is.gd/q5tWSi

What do you think will happen? NSF – What makes a red thing red? I bet you have a guess. Now put it to the test when we shine a high-powered laser on a red balloon. Does it pop? Does a red object absorb red light? Does it reflect red light? Does it do something different?

See the results in this science video that will challenge your expectations of science videos. This video gets you involved by asking you to make predictions and then, after you see the results, helps you to sort out your thinking. [VIDEO 5:27] more> http://tinyurl.com/8ydjjbb

By George Leopold – Rashkin argues that the R&D tax credit in its current form isn’t working. Created in 1981, the provision gives US companies a tax break on R&D expenses. Other R&D incentives include faster writeoffs of equipment and favorable tax treatment for stock option costs.

According to Rashkin, the current tax structure works like this: Government agencies like the National Science Foundation fund basic research; then tax incentives and other subsidies are used to encourage product development, often based on federally funded basic research. Rather than investing in US manufacturing of new products, Rashkin told Congress that the structure encourages US companies to “park the resulting intellectual property in tax havens.” more> http://tinyurl.com/7lhazbo

Weird world of water gets a little weirder

R&D Mag – Pradeep Kumar of Rockefeller University New York and H. Eugene Stanley of Boston University explain that water is one weird substance, exhibiting more than 80 unusual properties, by one count, including some that scientists still struggle to understand. For example, water can exist in all three states of matter (solid, liquid,gas) at the same time.

In another strange turn, scientists have proposed that water can go from being one type of liquid into another in a so-called “liquid-liquid” phase transition, but it is impossible to test this with today’s laboratory equipment because these things happen so fast. more> http://tinyurl.com/cearka3

By Paul Livingstone – Employment in aerospace, which was on a downward swing for nearly a decade from a high of over 1 million in 1989, has leveled off in recent years at around 600,000.

In the mid-1980s, 20% of R&D scientists and engineers were employed in the aerospace industry. That portion fell to 3.3% in 2007, the latest year’s data available from the National Science Foundation. Likewise, the number of R&D scientists and engineers working in aerospace has fallen from nearly 145,000 in 1986 to a low of 19,100 in 2002 before recovering.

The migration of spaceflight from public to private providers has already largely occurred. What is needed is a central planning body to coordinate the millions of pieces that have to work flawlessly together. Someday, perhaps, a private company will get large enough to do just that. more> http://twurl.nl/6mxqex