How can AI help make our roads safer?

ITU News – What does a fully autonomous, electric, high-performance race car have to do with the United Nations Sustainable Development Goals (SDGs)?

But how do we go from race track to the road?

A panel of experts – Bryn Balcombe, CSO at Roborace and Founder of the Autonomous Drivers Alliance; Lucas di Grassi, Formula-E World Champion and CEO at Roborace; and Fred Werner, Head of Strategic Engagement at ITU’s Standardization Bureau – met at Web Summit 2019 to discuss how AI will make our roads safer, and how ITU is helping lead the charge. more>

How Politics Delayed A Boeing Fix And Endangered Public Safety

By Steve Denning – This is an abrupt change for the Trump administration.

Just last night, the Acting Administrator of the FAA, Daniel K. Elwell, had doubled down on keeping the Boeing 737 MAX 8 in the air, stating that his agency’s extensive review of “aggregate safety performance from operators and pilots of the Boeing 737 MAX… shows no systemic performance issues and provides no basis to order grounding the aircraft.” Boeing’s CEO, Dennis Muilenburg, after a call with President Trump, had also declared his complete faith in the plane’s safety.

Trust in a crisis depends on truth-telling—something the current administration is not renowned for, with almost 10,000 false or misleading statements from the president alone.

In this case, the FAA statement last night did not disclose that five pilots had already raised serious concerns about the 737 MAX 8 in the federal database where pilots can voluntarily report about aviation incidents without fear of repercussions.

The FAA statement also did not disclose that Boeing had already issued an emergency airworthiness directive about the Boeing 737 Max 8 in response to the crash of Lion Air Flight 610 in Indonesia. The directive “was prompted by analysis performed by the manufacturer showing that if an erroneously high single angle of attack (AOA) sensor input is received by the flight control system, there is a potential for repeated nose-down trim commands of the horizontal stabilizer.”

Nor did the FAA statement disclose that Boeing and the FAA had been working together for some months to deal with the possibility that the Indonesia crash was caused by a malfunction of its stabilization system.

While it is reassuring the U.S. has finally taken action to ground the Boeing 737 MAX 8 and MAX 9, the sequence of events points to institutional issues in aviation safety generally. more>

Boeing: New Enclosure ‘Keeps Us From Ever Having a Fire’ 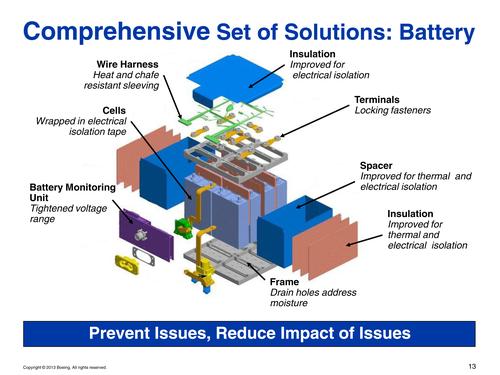 By Charles Murray – The Boeing Co. took the issue of 787 battery fires head-on last night, definitively declaring that with pending modifications to its lithium-ion battery packs, a ‘e2’80’9cfire can’e2’80’99t begin, develop, or be sustained.’e2’80’9dpar
par
The key to preventing fires is to carefully control the amount of available oxygen, Mike Sinnett, vice president and chief engineer of the 787 program said. Describing a potential scenario, he explained that the pressure disc in the rear of the enclosure would open after about 1.5 seconds of cell venting. Vented electrolyte would then entrain the air inside the enclosure and ‘e2’80’9ctake it overboard… So as long as we keep the vented air out of the battery enclosure, there’e2’80’99s no oxygen to support combustion.” more> http://tinyurl.com/cp5q43spar
par
Related>par

Celebrate Thanksgiving Thanksgiving Day is a federal holiday celebrated on the fourth Thursday in November. In the fall of 1621, the Pilgrims held a three-day feast to celebrate a bountiful harvest. Many regard this event as the nation’s first Thanksgiving. … Continue reading →

hurricanes A hurricane is a type of tropical cyclone or severe tropical storm that forms in the southern Atlantic Ocean, Caribbean Sea, Gulf of Mexico, and in the eastern Pacific Ocean. A typical cyclone is accompanied by thunderstorms, and in … Continue reading → 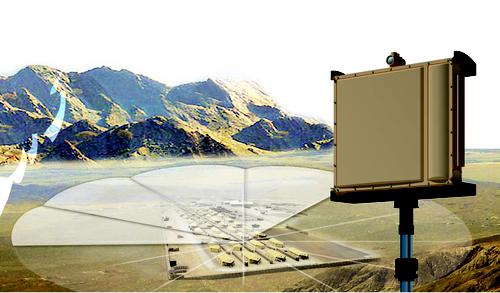 By Kristin Lewotsky – The SPEXER 1000 brings military-class performance to security applications, allowing facilities to monitor a 120° field of view economically across a range as long as 17km (10.6 miles). The complete system is designed for easy installation and integration with command and control systems on stationary and mobile platforms monitoring land, sea, or air.

Conventional radar systems often rotate to cover 360°, but that’s not always necessary in security applications. Often, perimeters can be secured by monitoring specific areas of vulnerability, which speeds up the process while reducing power demand and avoiding the acquisition and processing of unnecessary data. An airport system, for example, could ignore passenger entry points but would need to cover regions at the ends of runways or around the fuel depot. more> http://tinyurl.com/cfwg9xc

Failure Is Not An Option NASA – Gene Kranz (foreground, back to camera), an Apollo 13 Flight Director, watches Apollo 13 astronaut and lunar module pilot Fred Haise onscreen in the Mission Operations Control Room, during the mission’s fourth television transmission on the evening of April 13, 1970. Shortly after the transmission, an explosion occurred that ended any hope of a lunar landing and jeopardized the lives of the crew.

Defunct NASA satellite to crash to Earth this week

NASA – NASA’s decommissioned Upper Atmosphere Research Satellite (UARS) fell back to Earth between 11:23 p.m. EDT Friday, Sept. 23 and 1:09 a.m. Sept. 24, 20 years and nine days after its launch on a 14-year mission that produced some of the first long-term records of chemicals in the atmosphere. more> http://is.gd/zJ5SX1

By Marcia Dunn – NASA scientists are doing their best to tell us where a plummeting six-ton satellite will fall later this week. It’s just that if they’re off a little bit, it could mean the difference between hitting Florida or landing on New York. Or, say, Iran or India.

The satellite will break into pieces, and scientists put the odds of it hitting someone at 1-in-3,200. As far as anyone knows, falling space debris has never injured anyone. Nor has significant property damage been reported. That’s because most of the planet is covered in water and there are vast regions of empty land. more> http://is.gd/spkzHT

By S. Julio Friedmann – The world is emitting more carbon dioxide than even the worst-case IPCC models allow. In 2010, roughly 35 billion tons of man-made CO2 entered the atmosphere — about 70 times the weight of all human beings on earth. That annual volume is about seven billion tons more than it was in 2004, largely because of rapid economic growth in developing countries.

Unfortunately, energy technology, on the whole, has not evolved fast enough to cope with the CO2 problem. Novel nuclear reactor research continues, including new fuel cycles (like thorium), proliferation-resistant designs, new “inherently safe” designs, and lower-cost approaches. However, the tragedy of the tsunami-induced reactor failures in Japan has delayed the deployment of new nuclear technologies. more> http://twurl.nl/posymb

Posted on September 1, 2011 by Net economy | Leave a comment

By Joan Lowy – Pilots’ “automation addiction” has eroded their flying skills to the point that they sometimes don’t know how to recover from stalls and other mid-flight problems, say pilots and safety officials.

“If we only look at the pilots—the human factor—then we are ignoring other important factors,” said former US Airways Capt. Chesley “Sully” Sullenberger, whose precision flying is credited with saving all 155 people aboard an Airbus A320 after it lost power in a collision with Canada geese shortly after takeoff from New York’s LaGuardia Airport two years ago. “We have to look at how they work together.”

The ability of pilots to respond to the unexpected loss or malfunction of automated aircraft systems “is the big issue that we can no longer hide from in aviation,” said Bill Voss, president of the Flight Safety Foundation in Alexandria, Va. “We’ve been very slow to recognize the consequence of it and deal with it.” more> http://is.gd/Gk8CC1