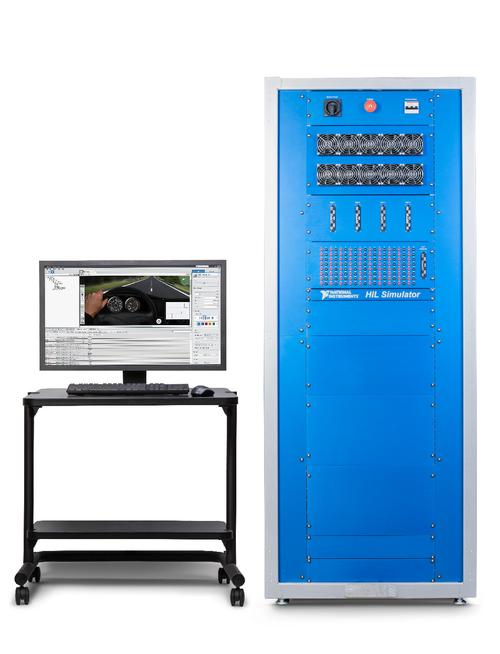 Introduced at this week’s NIWeek 2016 show in Austin, TX, the turnkey HIL Simulators product essentially consists of a new chassis that works with the company’s existing HIL platform. Its open, modular architecture is targeted at high-current applications that need to simulate complex sensor data from such sources as cameras, radar, and RF signals.

For big original equipment manufacturers, such as the automakers, the new HIL simulators offer a more cost-effective way to test their most complex products. “The alternative to HIL is field testing,” Noah Reding, senior business segment manager for real-time test at National Instruments, told Design News.

“In field testing, they need prototype vehicles, which can cost a half-million dollars. And they need test tracks, which can cost $100,000 per day. HIL can significantly reduce cost, because it allows them to do it in the lab.” more> http://goo.gl/QygUSD 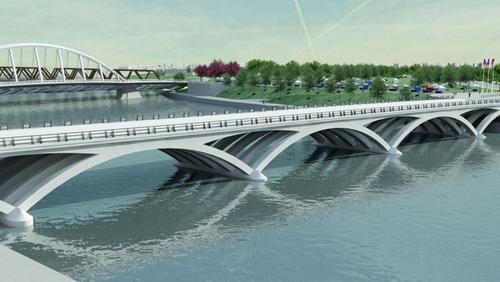 By Elizabeth Montalbano – Emeritus Professor Wanda Lewis in the School of Engineering at the University of Warwick has been studying how nature relieves stress for 25 years, taking an approach called “form-finding,” a process of shaping an object, or a structure, by loads applied to it

This process is different than engineering methods that start from an assumed shape and then check the stresses and displacements in a structure under an applied load, she said.

Form-finding enables the design of rigid structures that follow a strong natural form, structures that are sustained by a force of pure compression or tension without bending stresses, Lewis said. These stresses are the main points of weakness in structures and what causes bridges to fail or buckle under weight or stress and cause damage or even collapse.

“In form-finding, we go in the opposite direction — the shape of the structure is not known initially, it is found by the application of load and involves repetitive calculations to find a shape that is in equilibrium with all forces,” she said. more> http://goo.gl/xHtqjI

5 Mistakes to Avoid in Product Development 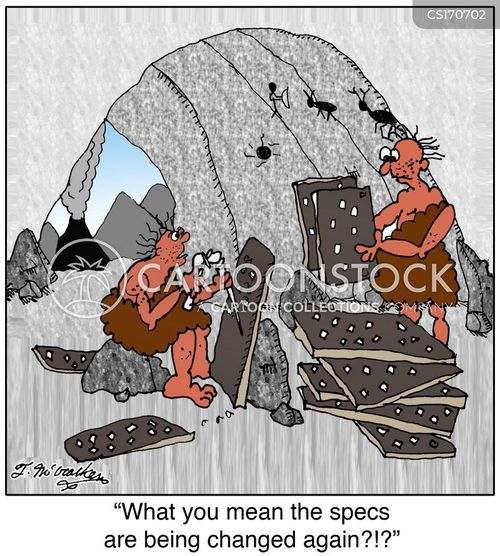 By Mitch Maiman – Mistakes are a part of life and certainly part of the learning process.

Here are some of the key mistakes observed in hundreds of product development teams.

In the heat of the project, it is easy to lose sight of the complete nature of the requirements that need to be driven into the product being developed. Often, these oversights are not discovered until late in the development process. The design may be so far along that missing features cannot practically be incorporated.

Best case, correcting for the missing requirements may be quite costly in terms of schedule or development budget. Missing requirements can play havoc with trying to control product cost projections, as well. more> http://goo.gl/xcA5vR

Posted in Business, Education, How to, Product, Science, Technology 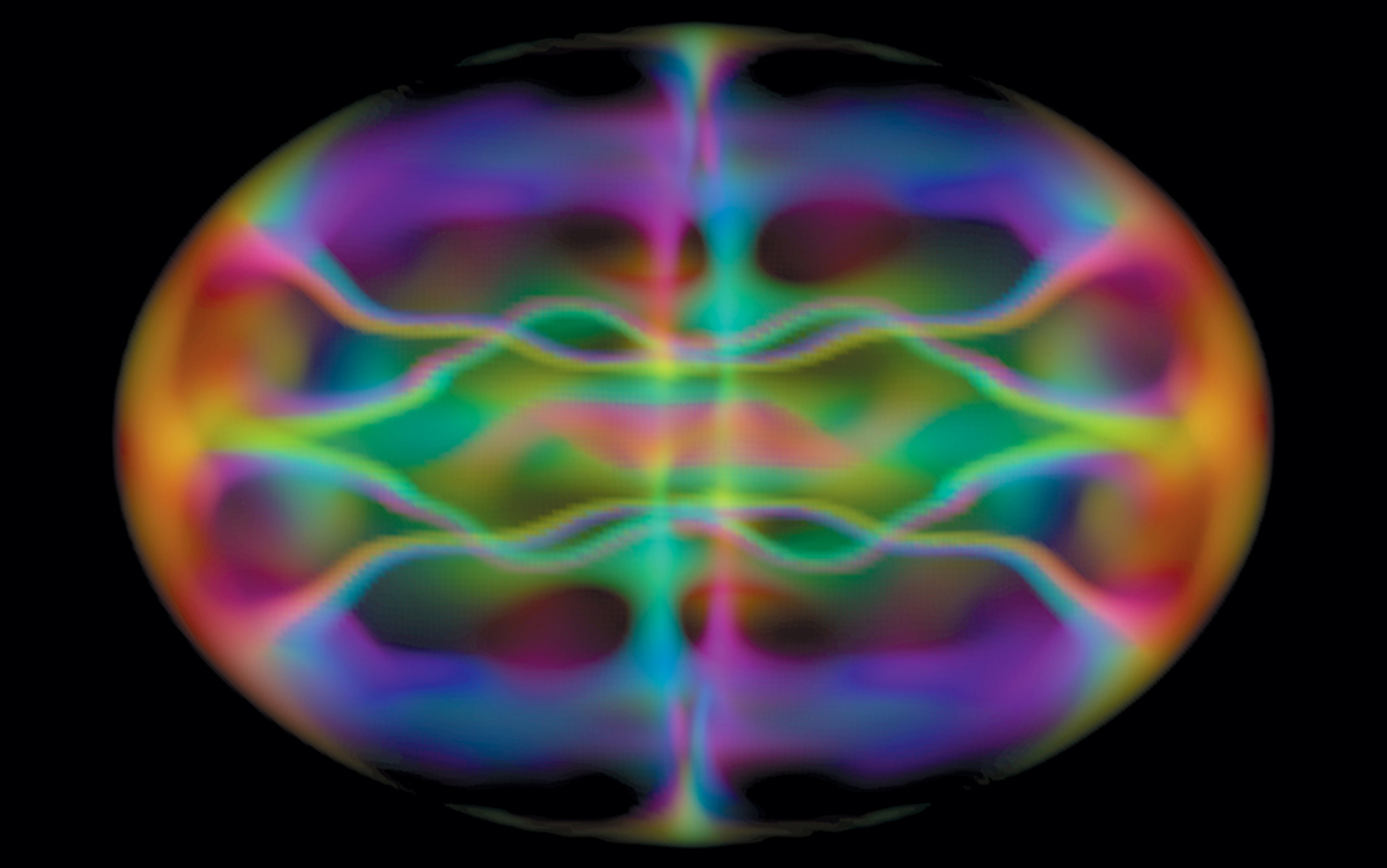 By Sabine Hossenfelder – After you die, your body’s atoms will disperse and find new venues, making their way into oceans, trees and other bodies.

But according to the laws of quantum mechanics, all of the information about your body’s build and function will prevail. The relations between the atoms, the uncountable particulars that made you you, will remain forever preserved, albeit in unrecognizably scrambled form – lost in practice, but immortal in principle.

There is only one apparent exception to this reassuring concept: according to our current physical understanding, information cannot survive an encounter with a black hole.

Both general relativity and quantum mechanics are extremely well-tested theories, and yet they refuse to combine. more> https://goo.gl/UVPfVy 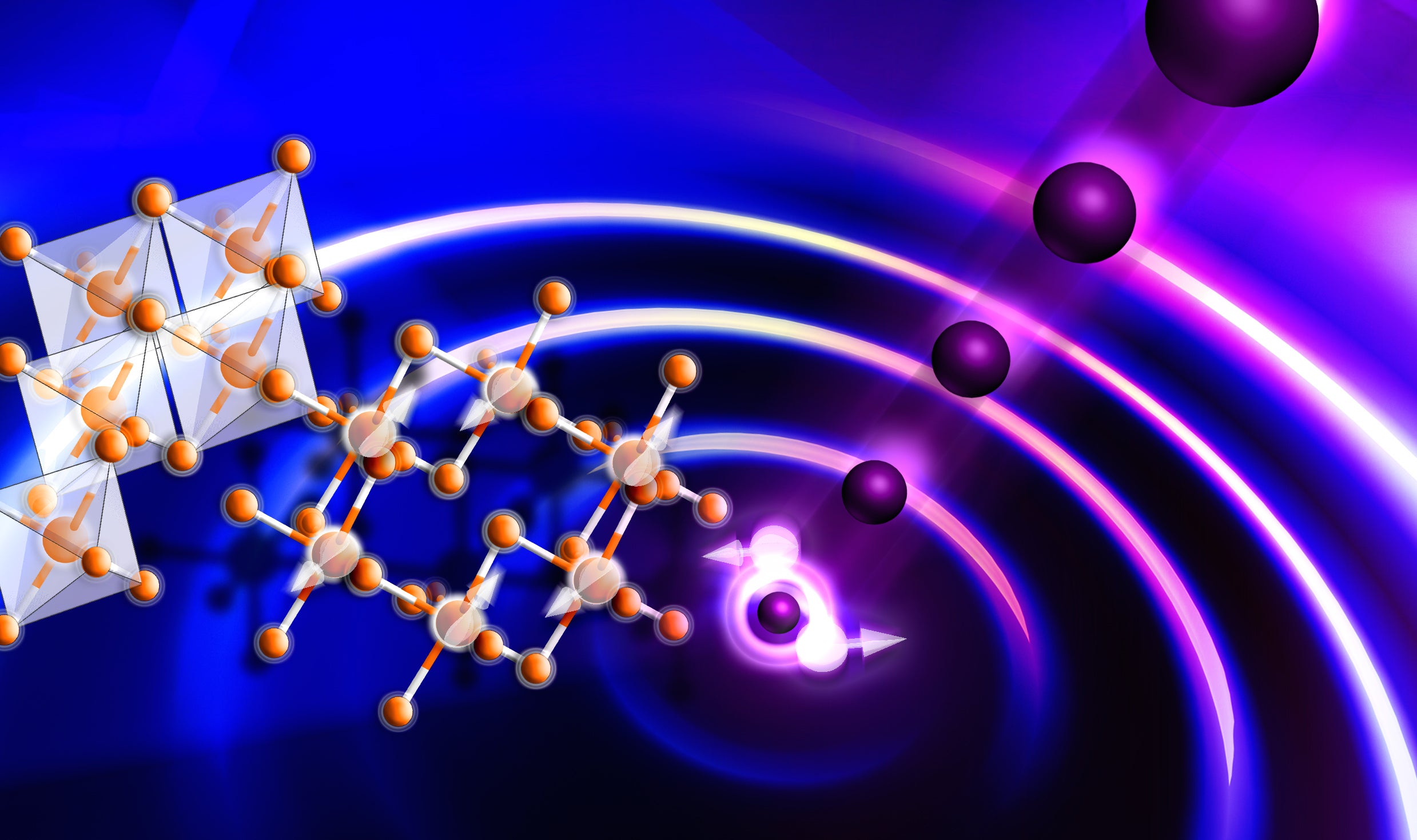 By Ria Misra – Scientists have theorized for decades that an additional state of matter exists, but despite tantalizing hints to its presence, details about this mystery state have remained elusive—until now.

Normally, electrons in a magnetic field will align themselves so that as the material’s temperature approaches absolute zero, the electron poles will eventually face the same direction.

Quantum spin liquids throw all of that out the window with the presence of Majorana fermions, which occur when electrons in a quantum spin state literally break apart. This creates strange patterns so hard to predict that, until this experiment, scientists weren’t even sure just what those patterns might look like.

By using neutron scattering on a graphene-like material, however, researchers were able to get a look at that pattern, and to finally confirm what paper coauthor Johannes Knolle described in a statement as “a new addition to a short list of known quantum states of matter.” more> http://goo.gl/1zj5vq 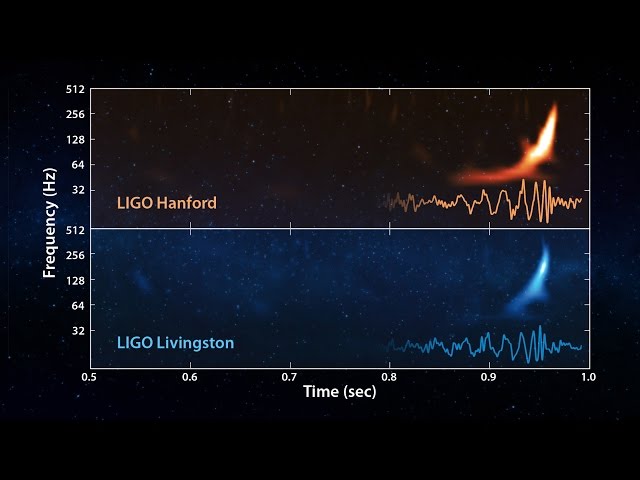 By Jason Maderer – For the first time ever, a gravitational wave has been observed. A team of global researchers announced the finding on Thursday, February 11. The discovery comes 100 years after Albert Einstein predicted the existence of gravitational waves in his theory of general relativity.

Gravitational waves are ripples in the very same fabric of the universe that bend and distort space-time. They are produced during violent cosmic disturbances.

In this case, the observed wave was created when two black holes collided approximately a billion and a half years ago, sending a ripple hurtling through space at the speed of light. It arrived on September 14, 2015, and was detected by LIGO – the Laser Interferometer Gravitational-Wave Observatory — a National Science Foundation-funded physics experiment that has searched for waves for more than a decade.

The Electron’s Digital Journey: Do You Know Where Your Power Comes From? 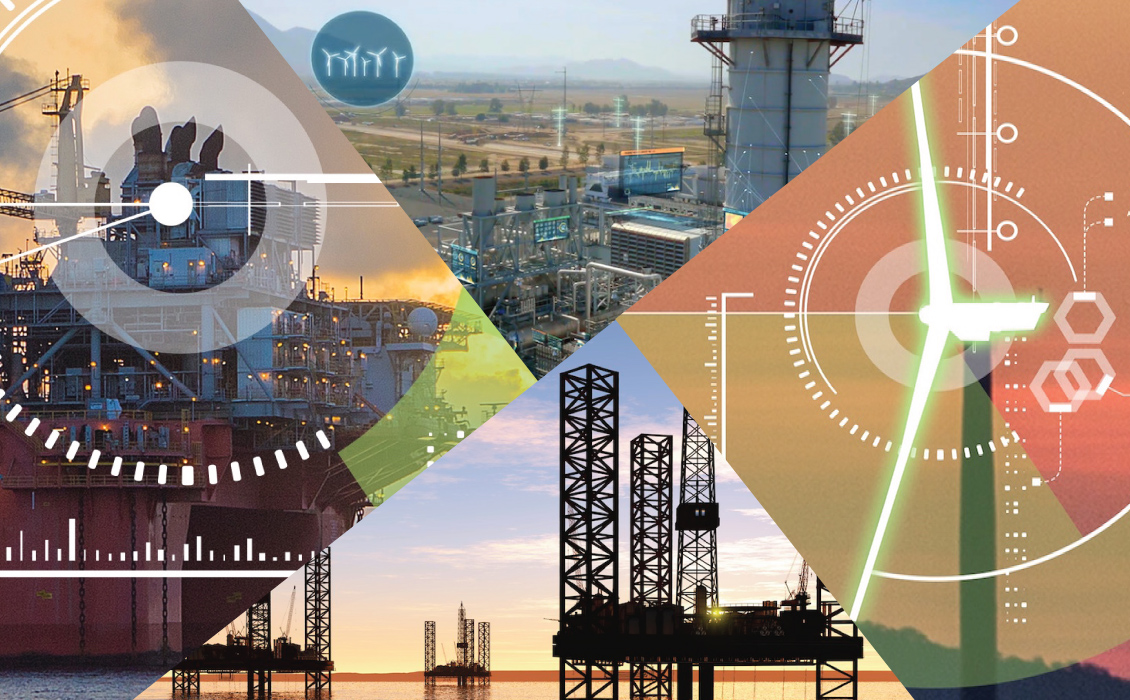 By Tomas Kellner – The electrons that brew your first cup of coffee in the morning have many different parents. Some were born on a wind farm, while others came from a gas-fired power plant or a water turbine buried deep inside a massive dam. Some even took a brief vacation in a battery.

As different as their sources are, they are starting to get connected to a giant virtual power reservoir that will always keep your home supplied with the right amount of the cheapest electricity generated in the most efficient manner.

The idea of such “intelligent” energy is sorely needed.

Today, there are wind farms that must shut down their turbines when it is windy because the grid is too full to take their power, as well as power plants that sit idle and only crank up their turbines to meet peak demand during summer heat waves. There are more efficient, cost-effective, and sustainable ways to run the energy system. more> http://goo.gl/r03UfS 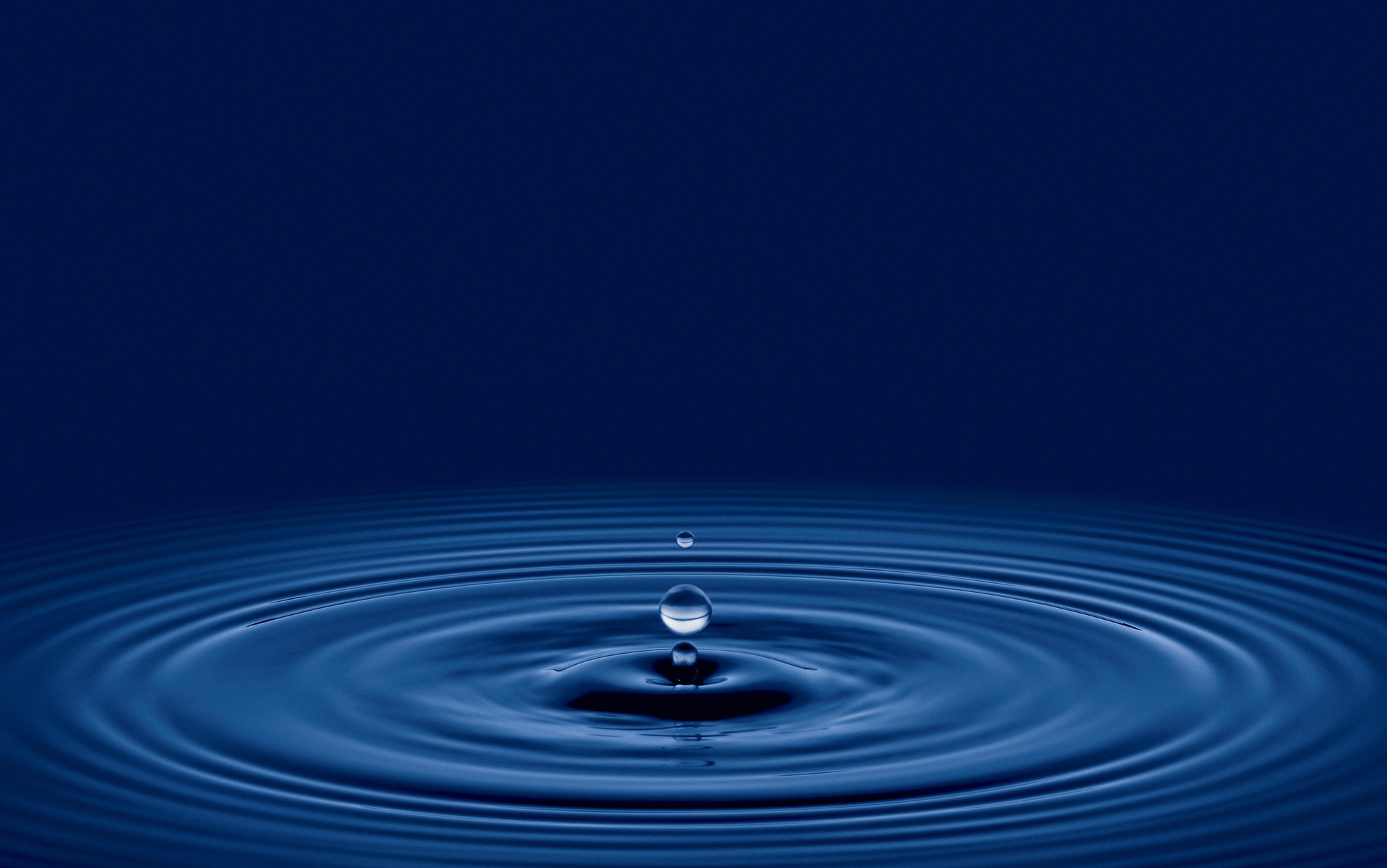 By Mathias Frisch – Common-cause inferences are so pervasive that it is difficult to imagine what we could know about the world beyond our immediate surroundings without them.

Astronomical observations provide a particularly stark example. How do we know that the points of light in the night sky are stars?

The approach using laws and initial (or, in this case, final) conditions to calculate backward in time to the existence of the star would require data on the surface of an enormous sphere of possibly many light years in diameter.

Stuck here on Earth as we are, that just isn’t going to happen. So what do we do?

Well, we can make use of the fact that we observe points of light at the same celestial latitude and longitude at different moments in time, or at different spatial locations, and that these light points are highly correlated with one another. (These correlations can, for example, be exploited in stellar interferometry.)

From these correlations we can infer the existence of the star as common cause of our observations. Causal inference may be superfluous in some idealised, superhuman version of physics, but if you actually want to find out how the Universe works, it is vital. more> https://goo.gl/mGuqhX

After a Century of Searching, We Finally Detected Gravitational Waves 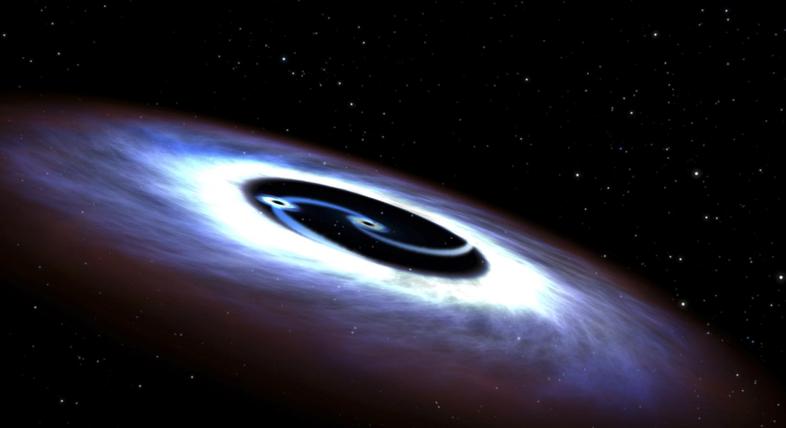 By Liz Kruesi – At the root of gravitational waves is Albert Einstein’s theory of gravity, which says that anything with mass warps the very fabric of space-time. When massive objects move, they create distortions in the cosmic fabric, generating gravitational waves. These waves ripple through the universe like sound waves pulsing through the air.

The hunt for gravitational waves began a century ago, with the publication of Einstein’s general theory of relativity.

In the mid-1970s, physicists Russell A. Hulse and Joseph H. Taylor, Jr. captured extremely convincing evidence that these ripples exist. They measured the time it took for two dense neutron stars—the crushed cores of once-massive stars—to orbit each other. more> http://goo.gl/l2WVRl

Purity and Danger, Author: Mary Douglas.
Time Reborn: From the Crisis in Physics to the Future of the Universe, Author: Lee Smolin. 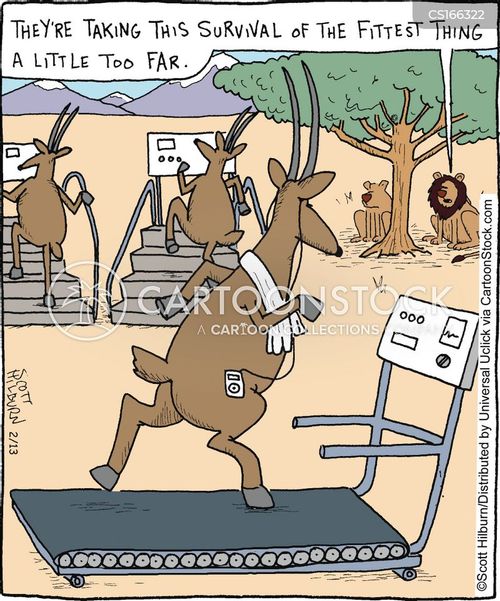 By Margaret Wertheim – Theoretical physics is beset by a paradox that remains as mysterious today as it was a century ago: at the subatomic level things are simultaneously particles and waves.

When it comes to the very big and the extremely small, physical reality appears to be not one thing, but two. General relativity is like Strauss — deep, dignified and graceful. Quantum theory, like jazz, is disconnected, syncopated, and dazzlingly modern.

On the surface, Douglas’s great book Purity and Danger (1966) would seem to have nothing do with physics; it is an inquiry into the nature of dirt and cleanliness in cultures across the globe. Douglas studied taboo rituals that deal with the unclean, but her book ends with a far-reaching thesis about human language and the limits of all language systems.

Whatever doesn’t parse neatly in a given linguistic system can become a source of anxiety to the culture that speaks this language, calling forth special ritual acts whose function, Douglas argues, is actually to acknowledge the limits of language itself.

‘Powers are attributed to any structure of ideas,’ Douglas writes. We all tend to think that our categories of understanding are necessarily real.

Perhaps what we are encountering here is not so much the edge of reality, but the limits of the physicists’ category system. more> https://goo.gl/Wfhk93