Freedom must prevail if world peace is to exist By Dennis Jamison – This year, the U.N. became 68 years old. As a global institution, that is a long time. The U.N. has outlived the League of Nations by over twice the years of its existence.

Practical expectations of many people in the world are that the U.N. is the international organization responsible for maintaining peace upon the planet. But wise and perceptive people are quite aware that this is a false expectation based upon the evidence of history. The United Nations is incapable of fulfilling its primary purpose of promoting and perpetuating world peace, yet there is essential value in the existence of a global body permitting the many nations of the world relatively equal say in the destiny of humankind. more> http://tinyurl.com/ksyoemn

By Chloe Albanesius – The United States said today (Dec 13, Thu) that it will not sign an international telecommunications treaty thanks to the inclusion of Internet-related provisions. According to the BBC, the U.K. and Canada have also pledged not … Continue reading → 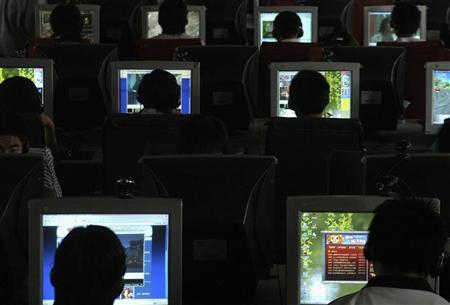 By Joseph Menn – The 12-day conference of the International Telecommunications Union, a 147-year-old organization that’s now an arm of the United Nations, largely pits revenue-seeking developing countries and authoritarian regimes that want more control over Internet content against U.S. policymakers and private Net companies that prefer the status quo.

While specifics of some of the most contentious proposals remain secret, leaked drafts show that Russia is seeking rules giving individual countries broad permission to shape the content and structure of the Internet within their borders, while a group of Arab countries is advocating universal identification of Internet users. Some developing countries and telecom providers, meanwhile, want to make content providers pay for Internet transmission. more> http://tinyurl.com/ce97khe

Why is the UN Trying to Take over the Internet?

The last major revisions to the ITRs were ratified in 1988, long before the rise of the commercial Internet. But with months to go before proposed changes to the ITR are closed, member nations and private members of the ITU have already begun lobbying for a vast expansion of Internet powers, including new network taxes, mandatory censorship technologies disguised as security measures, and efforts to undermine the Internet’s longstanding engineering-based governance processes. more> http://tinyurl.com/8zgq93y

US will fight ITU members for internet domination By Brid-Aine Parnell – The US has made it clear that it won’t be letting control of the internet slip out of ICANN‘s hands anytime soon.

The US Department of State released the country’s proposals for the World Conference on International Telecommunications on its website, where the threat of attempts by Russia and others to wrest the web from the US body was obliquely answered. Slipped in among its recommendations was that the “voluntary nature of compliance with ITU-T Recommendations [be maintained].” more> http://tinyurl.com/dyqqehg

The Arch Enemies of the Internet Defense League By Art Brodsky – There’s lots of opposition to ITU stepping in because, in the view of many opponents, approval of some proposals could be seen as giving countries like Russia some cover to conduct crackdowns on human rights and political opponents through restrictions on Internet access or surveillance.

Assuming that government remains the enemy, then who should be responsible for censoring and distorting the Internet when needed? The private sector, in the form of the Big Telecom/Media cartel, nominates itself. more> http://tinyurl.com/clxbn4q

By Marietje Schaake – China, Iran and Cuba are notorious for building electronic walls that cut off Internet users. These de facto ‘intranets‘ are governed by strict terms of use that regulate access to information and monitor all Internet traffic. The balkanization of the Internet is looming.

At the UN level there’s the “Internet Governance Forum,” which co-exists with the International Telecommunications Union (ITU) which was established in 1865. It is in these forums that governments and businesses are waging an ongoing battle to regain influence and power online.

In the ITU, for example, authoritarian regimes are gaining ground by ‘buying’ the votes of developing countries. Draft regulations and proposals that aim for centralized control to fight cybercrime or to regulate information services are submitted and discussed. These measures would seriously hamper the online freedom of Internet users. more> http://tinyurl.com/84wmokj

“What would make the WCIT process truly transparent is release of all country proposals as they are provided to the ITU,” Rashmi Rangnath, an attorney from Public Knowledge said. “This would allow everyone to see how the process of negotiation is evolving and respond to proposals that are most current.” more> http://tinyurl.com/86eovqk

By Richard Adhikari – The United States is battling over proposed United Nations regulations that could place new burdens and restrictions on Internet companies and users.

One U.S. objection to this proposal, though, is that its wording could let a country repress political opposition and cite the ITRs for support. Another is that it appears to contradict Article 19 of the U.N. Universal Declaration of Human Rights. This states that everyone has the right to seek, receive and impart information and ideas through any media regardless of frontiers.

However, the U.S. government itself monitors and regulates Internet use, so “some of Congress‘ statements about WCIT have a strong odor of hypocrisy,” said Eli Dourado, a research fellow at the George Mason University Mercatus Center. more> http://tinyurl.com/7oxtr34