The battle is this: When that astronaut, or a satellite, or the moon, is whizzing around the Earth, is it properly said to be in orbit or on orbit?

via Grammar In Space: Are Satellites ‘In Orbit’ or ‘On Orbit’? – The Atlantic.

via Would an Anti-Catcalling Law Afflict the Powerful or the Weak? – The Atlantic.

In Western Europe, officials say many operations conducted by agents of the Russian government go unnoticed or unreported.

“The Russian security services themselves—not only the military, civilian and police, but also their proxies because they use a lot of proxies—are currently very, very active in the Western world.”

There are some 7,000 languages spoken around the world today. Today, some 80% of the web remains dominated by just 10 languages.

via Why you probably won’t understand the web of the future – Quartz. “The extremists are talking too loudly, and everyone is convinced that only he is on the right side.”

“It’s not just Jews against Arabs. It’s the Orthodox versus those who don’t think they can keep all six hundred and thirteen commandments of the Bible. It’s rich people versus poor people. At some point, something came over Israel so that everyone has his own ideas—and everyone else is an enemy. It’s a dialogue among deaf people and it is getting more and more serious.”

.. even outside the wavemaking of California, more soda taxes are probably on the way.

Moderation isn’t exactly an American strong suit, and some figures show that Americans are drinking more and more sugary beverages. Every twenty minutes, take a break from looking at your computer screen by going to the bathroom and staring at yourself in the mirror. Mutter something about how you’re wasting your twenties for twenty seconds, or until you start to weep.

via Office-Safety Tips for Your Soul-Sucking Desk Job – The New Yorker. In signing an executive order for the puzzles, which range in difficulty from medium to advanced, the President laid out an ambitious plan to complete as many as thirty of them a day, for a total of ten thousand by the time he leaves the White House, in January, 2017. 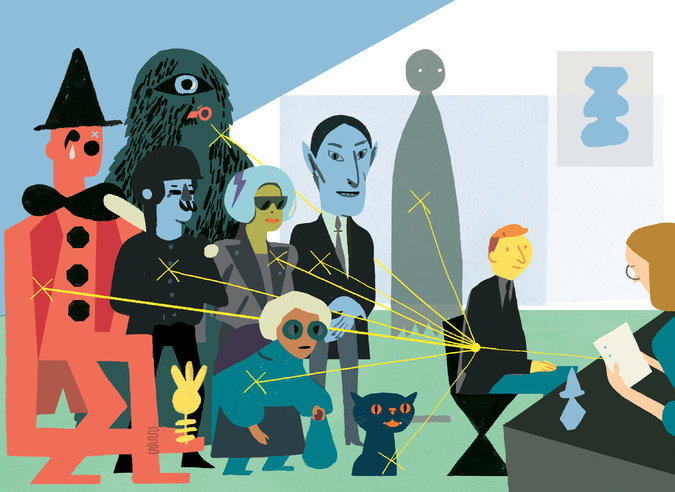 “A reference search, which is only available to premium account holders, simply lets a searcher locate people in their network who have worked at the same company during the same time period as a member they would like to learn more about.”

via On LinkedIn, a Reference List You Didn’t Write – NYTimes.com. The result has been double-edged. On the one hand, eastern Germany saw improvements in living conditions and wages far in excess of those experienced by other countries in the Eastern Bloc, thanks to the influx of money from the western half of the country.

On the other hand, western ownership meant that regional inequalities have been exacerbated.

“Most innovations today are done in the west. Not because east Germans are not clever enough, but due to the process of unification, which gave the west German firms a larger role.”

via After the Berlin Wall Fell, Did Eastern Germany Experience an Economic Miracle?.