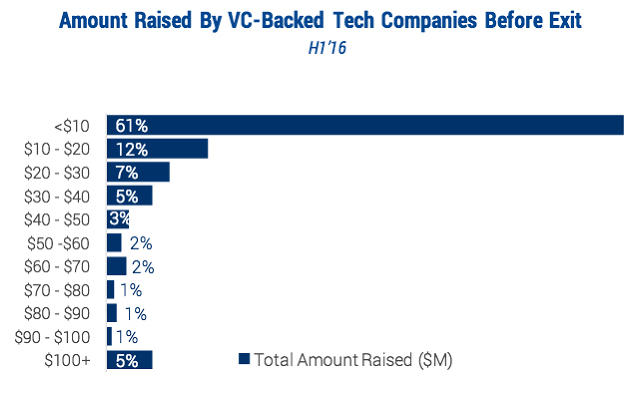 After a sharp decline in the second half of 2015, however, the number of tech company exits are again trending upward, but still pale in comparison to the 2015 peak.