We have been applying information theory to human and animal communication systems, and we can now tell that particular species could be communicating complex ideas even though we don’t know what they are saying. (We use the term “communication system” in order not to prejudge whether other species have language in the human sense.)

Complex communication follows general syntax-like rules that reveal what might be called intelligence content. If we have a large enough sample of the message, we can quantify its degree of complexity or rule structure.

In the mathematics of information theory, this structure is called the “conditional information entropy” and is made up of mathematical relations among the elementary units of communication, such as letters and phonemes. In everyday speech, we recognize this structure as grammar and, at an even more basic level, as the packaging of sounds into words and sentences.

For the first time, we at the SETI Institute in Mountain View, California, have begun to look for this structure in SETI data.

.. We found internal structure in dolphin communication as well. The big difference is that the dolphins have a core of about 50 signal types, whereas the humpbacks have hundreds. We are currently collecting data to determine what the highest-order entropy of the humpback whale communication system may be.

Source: Why Alien Language Would Stand Out Among All the Noise of the Universe 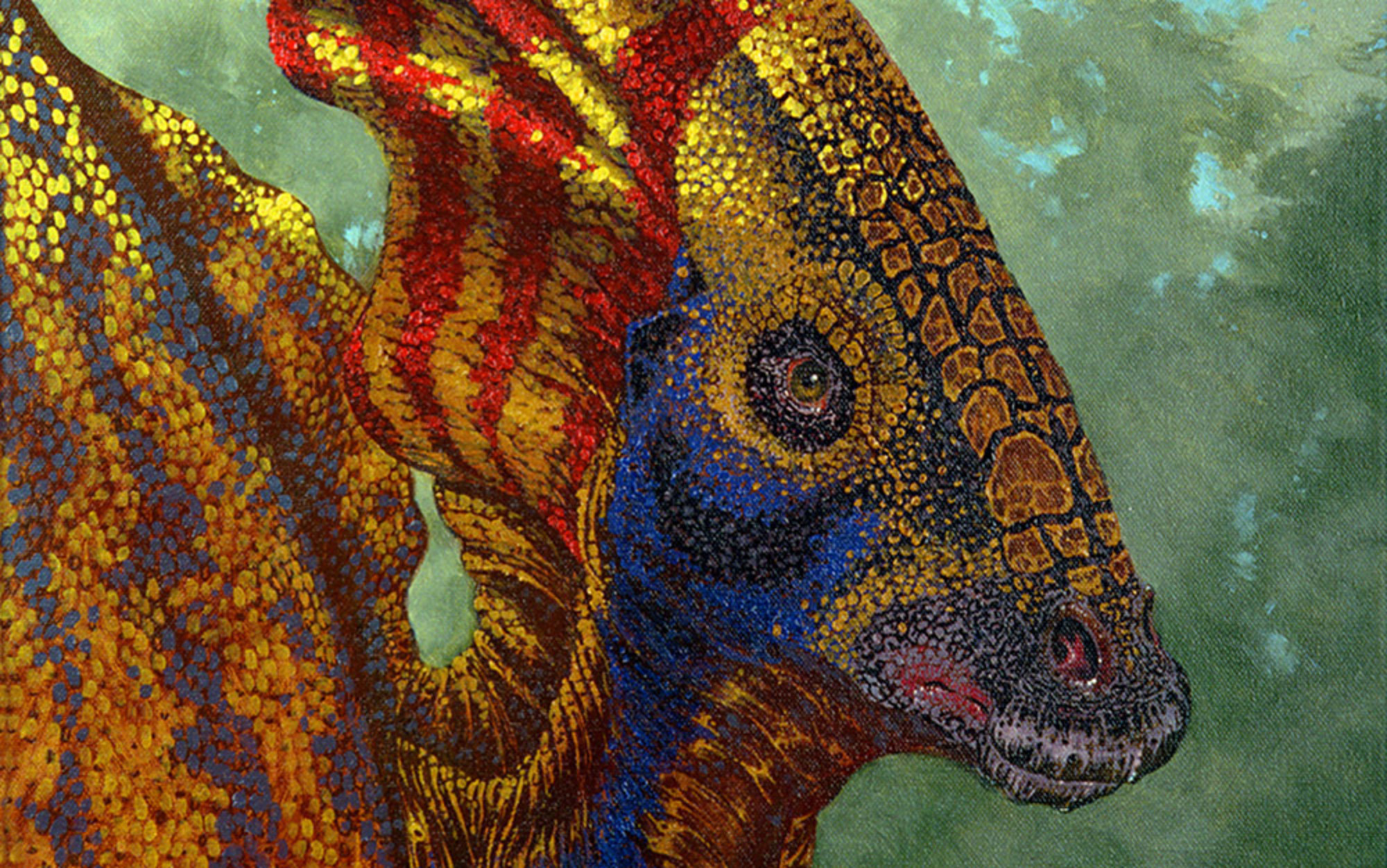 With the help of Carl Diegert, a computer scientist, Tom Williamson simulated the frequencies of noise that P tubicen could have produced. The men had to infer the location and structure of several missing parts, such as the soft tissues of the nose and throat. But eventually they settled on a note of around 30Hz, a rich bass at the bottom of the range of human hearing, with some unexpected peaks of intensity caused by the internal intricacy of the creature’s airways. ‘You get these weird booming sounds,’ Williamson told me. ‘It sent chills up and down my spine.’

Source: How palaeontologists recreate the sounds of the deep past | Aeon Essays

.. Einstein might have been beaten to it if another scientist had not died first. That person was Hermann Minkowski [2, 3], a German mathematician under whom Einstein had studied in Zurich. Much of Minkowski’s work was in pure mathematics, but he also worked on problems related to physics.

In 1908 Minkowski explained that the proper way to understand Einstein’s theory of special relativity—which was all about bodies moving at constant speeds, not accelerating—was in terms of a four-dimensional spacetime. Einstein was at first skeptical, but he later drew on the concept to formulate general relativity.

Source: If Einstein Hadn’t Discovered General Relativity, Would Someone Else? 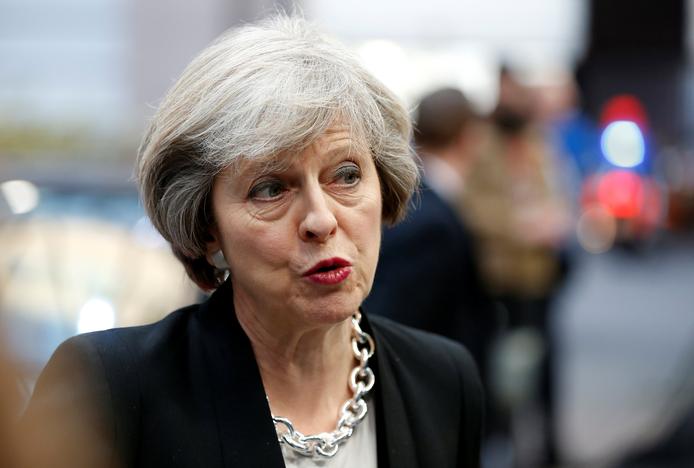 European Union leaders agreed their plan for Brexit negotiations on Thursday (Dec 15), pledging to move swiftly and stick together to ensure Britain does not cherry pick a sweet deal that might inspire others to unstitch the bloc.

Prime Minister Theresa May left before the other 27 leaders met briefly to formalize their plan for how to run Brexit talks.

Before heading home, diplomats said May had assured her European partners that she would launch the two-year process by the end of March despite how London judges rule in a constitutional court case that some say might jeopardize her timetable.

Source: EU agrees on approach to Brexit talks, May left out in cold | Reuters

Conspicuously left out out from the self-driving car boom has been Japanese auto makers. While Toyota is belatedly creating a $1 billion research center for AI-powered vehicles, most of Japan’s auto giants will need five or 10 years to catch up, by some estimates.

But there is another, wildly different way that Japan has been deploying AI in cars: to make them more lovable.

Typically, the courts give the IRS wide latitude to enforce summonses that may uncover information regarding potential tax evasion. The IRS doesn’t need “probable cause,” or even “reasonable suspicion,” like the police might need to investigate a crime. Rather, under federal law, the IRS has the power to examine any data that may be relevant to determining the correct tax owed by any taxpayer.

If that sounds sweeping, it is.

The IRS’s goal here is to use this broad power to obtain heaps of data on digital currency transactions. What’s more, the IRS hopes to get clues on who should be targeted for audits.

With similar dedication, also in different practice, the ROC (Russian Orthodox Church) still continues to serve the political agenda of its civilian government. Religion, after all, may represent a unifying factor standing above political and cultural fragmentation of the erstwhile satellite coreligionist states.

The ROC amassed vast wealth over the last two decades and a half. Initially, as part of state restitution policy, the church regained all the properties which had been confiscated under the communist regime. Meanwhile, the ROC got permission for running its own business–the icing on the cake. Additional funding flowed quickly through lavishing donations from the Russian oligarch businessmen. Hence, the church coffers got filled exuberantly overtime.

Source: The Power And Limits Of The Russian Orthodox Church

Trump has chosen several people who have records of accomplishment in the business world or the armed forces but whose ideology — if any is discernible — is firmly within the parameters of conservative thought.

To conservatives, already buoyed by the fact that Trump won the election in the first place, nominations such as Betsy DeVos to lead the Department of Education bolster their faith that real change is coming. DeVos, a wealthy GOP donor, is a vigorous critic of public schools and an equally emphatic supporter of school vouchers and charter schools. 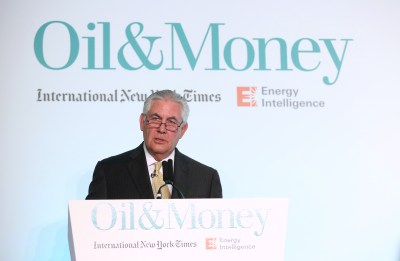 Rex Tillerson has voiced support for the Paris agreement, unlike many of the other Trump cabinet nominees, and even came out in support of a carbon tax in 2009.

But many critics dismiss those policy positions only as politically expedient decisions made to defray criticism of the company in the face of what once seemed like inevitable regulation.

Indeed, ExxonMobil has not made a carbon tax a focus of its massive lobbying efforts and has supported a number of candidates and organizations that oppose measures to tackle the issue.

And, unlike several of its chief competitors including BP and Shell, ExxonMobil’s support came nearly a year after the conclusion of the Paris talks.

Source: What Rex Tillerson as Secretary of State Would Mean for Climate Change | TIME

But Trump has so far forsaken the very government agency Congress created after Watergate to work as the nation’s campaign season Roto-Rooter.

The Federal Election Commission’s six commissioners, including the agency’s three Republicans, say neither Trump nor his transition team has contacted them.