House Republicans adopted new rules on Tuesday to slap hefty fines on lawmakers who take photos or video on the chamber floor, a move meant to deter Democrats from staging a protest similar to last year’s anti-gun-violence sit-in.

The new rules enforce a previously existing prohibition on taking pictures or video on the House floor.

The minority party commandeered the House floor in June in the aftermath of the shooting at Pulse nightclub in Orlando, Fla., to call for action on gun control legislation. House GOP leaders were powerless to stop the demonstration as Democrats sat in the aisles and engaged in what felt like a pep rally for nearly 26 hours.

Paul Ryan won reelection as Speaker of the House on Tuesday (Jan 3) in a near-unanimous vote that showcased a unified Republican Party dead set on dismantling the past eight years of the Obama administration.

Conservative Rep. Thomas Massie (R-Ky.), a frequent thorn in leadership’s side, was the sole Republican to defect.

Trump took to Twitter Tuesday (Jan 3) morning to criticize House Republicans who had voted to curb the powers of the Office of Congressional Ethics (OCE). He argued that there were “so many other things of far greater importance.”

Within hours, an emergency meeting of Republicans on Capitol Hill had agreed to abandon the controversial proposal, which had originally been pushed by Rep. Bob Goodlatte (R-Va.). 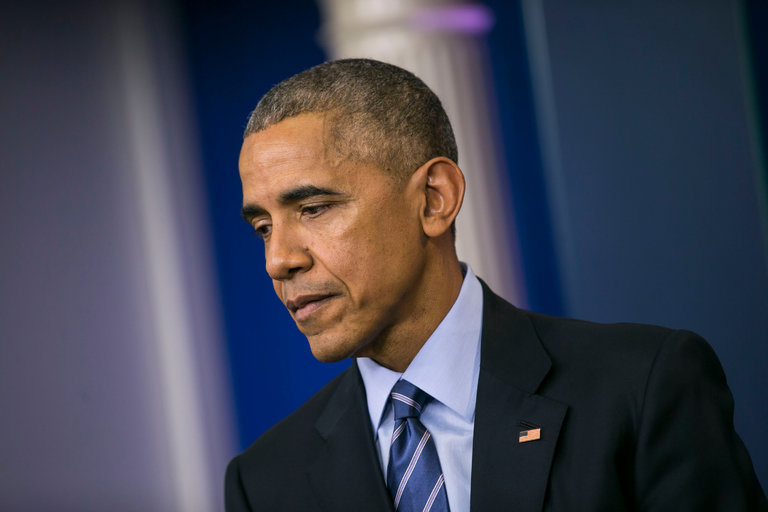 The process is sometimes called arcane, but it has been used often in the past 35 years to write some of the nation’s most important laws.

“Reconciliation is probably the most potent budget enforcement tool available to Congress for a large portion of the budget,” the Congressional Research Service, a nonpartisan arm of Congress, has said.

Here is a primer …

Source: The Parliamentary Tactic That Could Obliterate Obamacare – The New York Times

Sen. Charles Schumer (D-N.Y.) says he regrets the decision by Democrats in 2013 to trigger the “nuclear option” for most presidential nominations.

The change to the Senate rules lowered the threshold for confirming Cabinet nominees to a simple majority vote — something that will now help President-elect Donald Trump push through his nominees.

“I argued against it at the time. I said both for Supreme Court and in Cabinet should be 60 because on such important positions there should be some degree of bipartisanship,” Schumer told CNN.

The Democratic National Committee announced a new round of hires on Tuesday (Jan 3) — including several former campaign staffers for Hillary Clinton — as it builds out a “war room” to do political battle with President-elect Donald Trump.

Whatever President Obama had planned for life after the presidency, the election of Donald Trump will likely change those plans.

Instead of building on his legacy, he’ll be defending it. Instead of helping to nurture his Democratic Party as an elder statesman, he’ll be helping to rebuild it — finding new generational leaders who can carry the banner in future elections.

And instead of providing friendly counsel to President Hillary Clinton, he’ll have a more complicated relationship with President Donald Trump.

For a long time, these stats made cheese an automatic nutritional no-no. “We used to assess whether a food is good or bad for your health simply by looking at a label and reading some of the basic information,” says Arne Astrup, head of the department of nutrition, exercise and sports at the University of Copenhagen in Denmark.

Recent research, from Astrup and others, is showing that the thousands of molecules that make up cheese are working in ways that make the food beneficial to health.

Source: The Case for Eating Cheese is Stronger Than Ever | TIME

Her assiduously groomed image as an asker of tough questions — unafraid, most notably, to face down Donald Trump — ran too forcefully, into the buzz saw of the network’s ongoing repositioning for the Trump era. There was no other way forward.

To be clear, the move to NBC will provide Kelly with plenty of perks. The New York Times’ reporting indicates it is to come with an ambitious suite of programs, including a daytime show and a Sunday-night broadcast. But even if the author of Settle for More had settled for a bit less, it’d still be a win, as she extricates herself from a tricky spot at Fox.