What makes the scope of biotech so staggering is not just its size, but its youth. Manufacturing first exploded in the Industrial Revolution of the 19th century.

But biotech is only about 40 years old.

It burst into existence thanks largely to a discovery made in the late 1960s by Hamilton Smith, a microbiologist then at Johns Hopkins University, and his colleagues, that a protein called a restriction enzyme can slice DNA.

Once Smith showed the world how restriction enzymes work, other scientists began using them as tools to alter genes.

“And once you have the ability to start to manipulate the world with those tools,” said Carlson, “the world opens up.”

The story of restriction enzymes is a textbook example of how basic research can ultimately have a huge impact on society.

Smith had no such grand ambitions when he started his work. He just wanted to do some science. “I was just having a lot of fun, learning as I went,” Smith, now 85, said.

The connections between language, mind, and culture represent an open vista, a terrain that, for the most part, still awaits exploration by scientists.

But, even today, the dance between ambiguity and luck in Chinese cultural practices hints at tantalizing questions:

Do different languages heighten different subjective experiences for their speakers?

And does the importance of certain concepts—like luck and misfortune—to a culture leave an imprint on its associated language?

Source: Why Chinese Speakers Cut Their Hair Before New Year’s 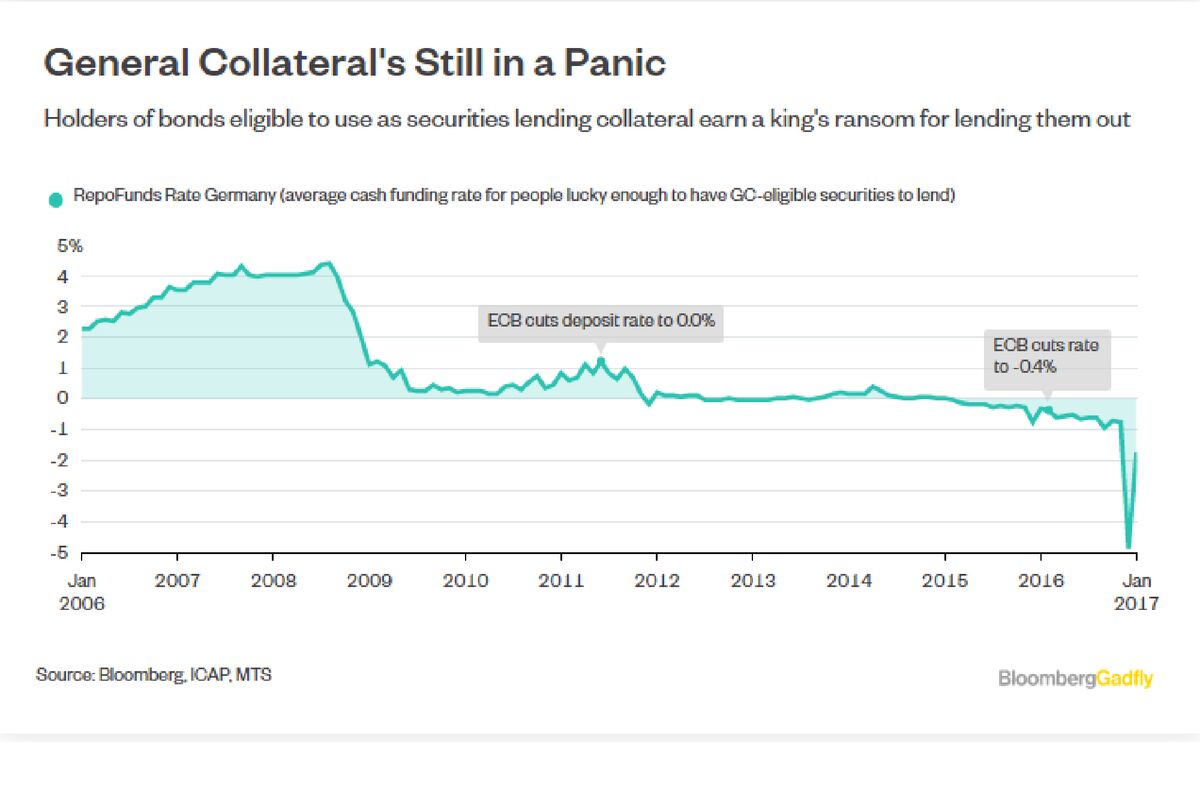 It’s a bad start to 2017 for the European Central Bank. The collateral freeze that plagued the 5 trillion-euro ($5.2 trillion) securities lending market at the end of last year is still very much with us, and in fact has got worse.

Normally firms borrow the securities they need for their repo agreements and quickly return them, but the ECB’s been buying up a lot of debt through its quantitative easing program. This has created a big shortage of bonds that Gadfly has argued needs to be fixed — and quickly.

“The view from the Trump team is the intelligence world [is] becoming completely politicized,” an individual close to Trump’s transition operation said.

“They all need to be slimmed down. The focus will be on restructuring agencies and how they interact.”Trump is targeting the CIA and the ODNI (Office of the Director of National Intelligence) as he publicly wars with the U.S. intelligence community over its conclusion that Russia interfered in the 2016 presidential election. 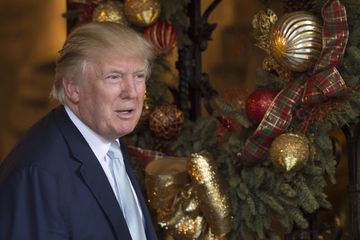 They’re willing to pay this price because they think repealing Obamacare is important; for years, they have heard, and said, that Obamacare is socialism, it’s a job killer, it’s a government takeover, it’s endless debt, it’s the ruination of the best health care system in the world, it’s free stuff that will create a dependent underclass permanently loyal to the Democratic Party.

Yes, taking health insurance from tens of millions of people will be unpopular, but it needs to be done. Sacrifices must be made.

Source: Trump’s “if you like your insurance, you can keep it” moment – Vox In a rare case of justice served, an Israeli soldier who shot and killed a wounded Palestinian man after he was already disarmed and immobile was convicted of manslaughter on Wednesday (Jan 4).

The news is a small victory in bringing greater accountability to the Israeli Defense Forces (IDF); but it shouldn’t distract from the systemic oppression still continuing in Israel and Palestine.

Source: Don’t let the conviction of one Israeli soldier distract you from the ongoing oppression in… Richard Nixon came into office with nothing but disdain and mistrust for the CIA, absurdly convinced that the agency was responsible for his loss to John F. Kennedy in 1960 because they refused to debunk the missile-gap myth.

Just days into his presidency, he dared the CIA to prove its worth and loyalty to him, ordering it to document foreign direction of anti-war protesters.

The CIA’s director, Richard Helms, reluctantly complied, making a decision that almost destroyed the agency when it was revealed in late 1974.

Helms knew that the CIA’s charter prohibited it from operating at home, but it had been conducting a nearly identical investigation for President Lyndon B. Johnson in the vain attempt to convince him that protests had no connection to a foreign power. Months later, Nixon pressured the CIA to modify its estimates of Soviet nuclear capabilities.

Helms complied once more, outraging his analysts but thinking it was the only way to preserve some influence with the White House.

.. the White House was unable to produce the most critical part for the credibility of their action: that to be politically effective in today’s Internet age, such a response also needs to be backed up with solid evidence. Here, the administration failed miserably, but also predictably. And it’s not necessarily because it doesn’t have the evidence. Instead, the U.S. government simply failed to present it.

The DHS/FBI Joint Analysis Report on Russian information operations, which the administration refers to as “Grizzly Steppe,” is a disappointing and counterproductive document.

The problems with the report are numerous and have been well documented by professionals in the computer security area. But the culture of secrecy and the lack of independent sources of verification that gave rise to it are far more pervasive.

Among the problems in the report: Instead of clearly mapping out the evidence linking the cyber espionage operations to Russia, the report provides generic charts on tradecraft and phishing techniques that apply to just about every cyber espionage campaign I and others have ever studied.

Source: The DHS/FBI Report on Russian Hacking was a Predictable Failure | Just Security

That this is bizarre behavior for a US president-elect should go without saying.

It’s especially bizarre for a Republican, given that the party is historically skeptical of Russia’s role in the world and hawkish toward individuals who leak American state secrets.

Yet some prominent conservatives are now, all of a sudden, lining up to defend Assange. Hannity, whose friendly interview with Assange kicked this whole thing off, called for arresting Assange in 2010.

Sarah Palin, who had previously called Assange “an anti-American operative with blood on his hands,” formally apologized to him after the Hannity interview aired.

Source: Trump is siding with Julian Assange against the US intelligence community – Vox 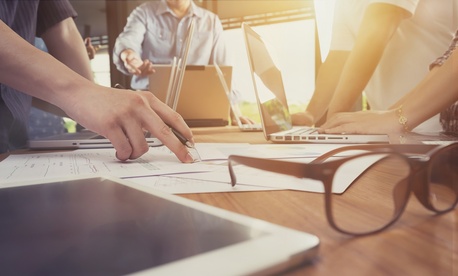 “They want a sense of purpose, a sense that work itself has an impact.”

To do that, Ariel recommends employers show their workers how their products or services help people. That’s easier in some fields, like making drugs that fight cancer, and than in others, like making soft drinks. But even then, employers can “emphasize the joy, the sweetness, even the sound of a can opening.”

Companies should give workers insight into its operations, and let them participate, through town hall meetings and other events.

Source: Four Ways to Motivate Your Employees, From One of the World’s Most Prominent Behavioral Economists – Promising Practices – Management – GovExec.com