In a significant development, President-elect Donald Trump on Tuesday (Jan 10) called on Republicans to pass an ObamaCare replacement within “weeks” after repeal.

Trump’s comments urging his party to act quickly on a replacement come as a growing group of congressional Republicans is expressing serious concerns about moving forward quickly on repeal without having a replacement plan ready, or at the least the outlines of one.

Just weeks ago, Republicans had floated the possibility of passing a replacement bill two or even three years down the road.

The cyber threat — the number of attacks, the number of hackers and actors, the variety of attacks — has evolved and grown exponentially says a key White House counterterrorism and cybersecurity advisor.

Lisa Monaco, the assistant to the president for homeland security and counterterrorism since 2013, told an audience at a Jan. 10 Council on Foreign Relations event in New York that the growth of the internet of things will only increase the attack surface for the expanding number of malicious cyber actors around the world.

Nepotistic practices were outlawed “to protect organizations and the public from the risk that less-qualified individuals would be given positions of responsibility merely because an official wanted to help them get a job,” the report states. “The nepotism law is also intended to instill confidence in the American people that their civil service is not corrupt.”

Personnel actions involving an official’s close relatives — including a son-in-law — are specifically listed in the report as an example of nepotism. The report states clearly there are not degrees of nepotism: “It is a binary state. The person either is or is not a relative of the official.”

The Soviet-built Liaoning aircraft carrier, returning from exercises in the South China Sea, was not trespassing in Taiwan’s territorial waters but entered its air defense identification zone (ADIZ) in the south-west, Taiwan’s defense ministry said.

As a result, Taiwan scrambled jets and navy ships to “surveil and control” the passage of the Chinese ships through the narrow body of water separating Taiwan and China, Taiwan defense ministry spokesman Chen Chung-chi said. 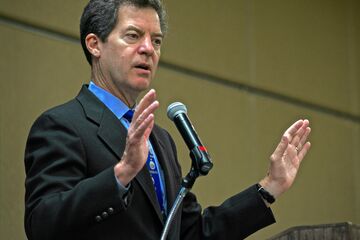 Sam Brownback Brownback’s experiment offers a cautionary tale for Trump, who has placed tax reform as a central part of his strategy to more than double the pace of economic growth and add millions of well-paying jobs to the labor force.

Brownback’s critics say the state’s experience could offer an even starker warning to the incoming administration, as they blame many of its recent economic woes on tax cuts.

Since the governor approved a reduction in personal income taxes and cut non-wage business income taxes for small-business owners in 2012, Kansas has fallen behind the national average in terms of job creation and personal income growth, according to data compiled by Bloomberg.

Here are five facts that tell the story of political and economic paralysis around the world:

Trump may believe that he has strong cards and Putin has a weak hand. After all, the Russian economy is in the dumps, sanctions limit Russia’s ability to borrow, a US energy surge is keeping energy prices low, and Trump is rebuilding the American armed forces. Currently, the US spends six times more on defense than Russia.

Putin’s cards are, however, stronger than they appear.

Internal dissent has been smashed. He has centralized power in his own hands, while Trump must work with allies, who are being pulled apart by national interests and by Russian meddling. Putin’s propaganda machine has kept the Russian people on board despite a defense buildup (to 5.4 percent of GDP) at the sacrifice of living standards (down 15 percent) and public health.

Putin can rattle the nuclear saber to offset the US’s stronger military. Unlike the US presidential cycle that requires quick results, Putin can play a long hand with the presumption that time is on his side.

We will have another recession someday. We should be prepared.

With interest rates likely to be below historic averages for a long time, the Fed won’t be able to cut interest rates as much as it has in past recessions.

Fortunately, there doesn’t seem to be a recession in sight, which makes this a good time to focus on those chronic problems. We might intensify efforts to improve the quality of pre-K through college education and access to it and invest more in education R&D.

Source: Three things to tackle now before the economy’s next slump | Brookings Institution 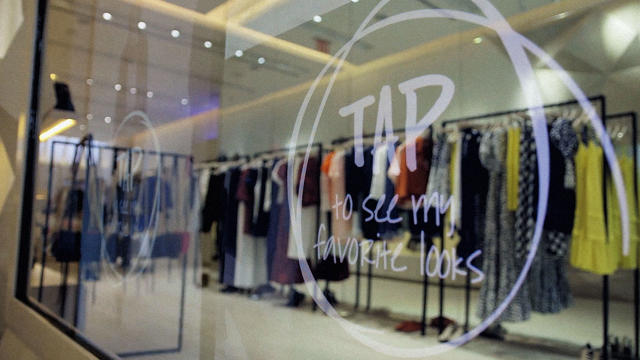 “Tutoring facilities are one of the fastest growing retail sectors out there,” says Sucharita Mulpuru. It’s like a reversal of the 1950s.

Doctors don’t make house calls—in fact, you drive to any service you want. But that cup of sugar you need from the store? That’s delivered. We go places for people, not things.

Mulpuru points to the prices of RFID, now less than 10 cents per chip, and retailers like Macy’s and Kohl’s getting onboard in tagging every item sold with these chips, just like price tags.

Source: The Way You Shop Will Change Forever This Year. Here’s How | Co.Design | business + design

The technology to 3D print with multiple materials is still an expensive prospect. Last year, researchers at MIT’s Computer Science and Artificial Intelligence Laboratory (CSAIL) introduced MultiFab, a printer that can create multi-material objects in a single print run.

At the time of its introduction, MultiFab was lauded as a reasonable cost alternative to existing multi-material printers with $250,000 price tags.

Costs aside, another problem has plagued multi-material 3D printing – a lack of solutions with interfaces user-friendly enough for non-programmers to cope with. MIT’s CSAIL has addressed this problem, as well, with the introduction of Foundry, a system for custom designing a variety of 3D-printed objects with multiple materials that doesn’t require a PhD in programming to understand.