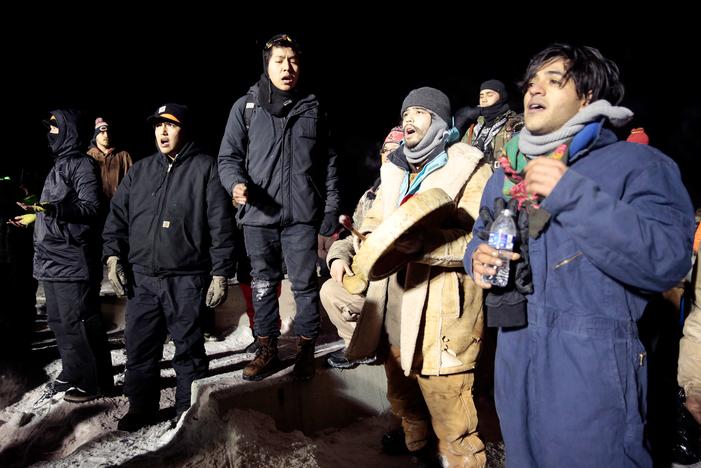 This week’s clashes between protesters and police are the most serious since the U.S. Army Corps of Engineers denied an easement in December for the pipeline to travel under Lake Oahe.

Native Americans and environmental activists have said that the pipeline threatens water resources and sacred lands.

Members of the Standing Rock Sioux, whose reservation is near the pipeline, asked protesters to disperse following the Corps’ decision, but around 600 remain in the main camp, now called Oceti Oyate.