The next few years will be definitive for the evolution of India’s digital infrastructure and the role it can play in the country’s growth.

There is significant unfinished business—India is ranked 91st among 139 countries on the Networked Readiness Index 2016, compiled by the World Economic Forum (WEF). Only 15 out of 100 households have access to the Internet, and mobile broadband remains for a privileged few, with only 5.5 subscriptions for every 100 people, according to the WEF.

However, India has skipped a generation in telecom technology—going from no connectivity to over 350 million mobile Internet users—in less than two decades.

The impending growth of digital assets will present India with many unique opportunities to leapfrog its traditional deficit in physical infrastructure.

Donald Trump said, “I’m going to make our military so big, so powerful, so strong, that nobody — absolutely nobody — is gonna mess with us.”

Simple-minded but deadly thinking at the top derives from influential groups and individuals who think we have to KILL to keep the rest of the world in line.

The compliant mainstream media scares us into accepting wars and drone killings overseas, military-style defenses on our own streets, surveillance of our private lives. For the war-happy leadership of America, certain realities are better left unsaid, or at most reported quickly and quietly …

Source: Facts That Our War-Happy Leaders Would Like to Keep Hushed Up 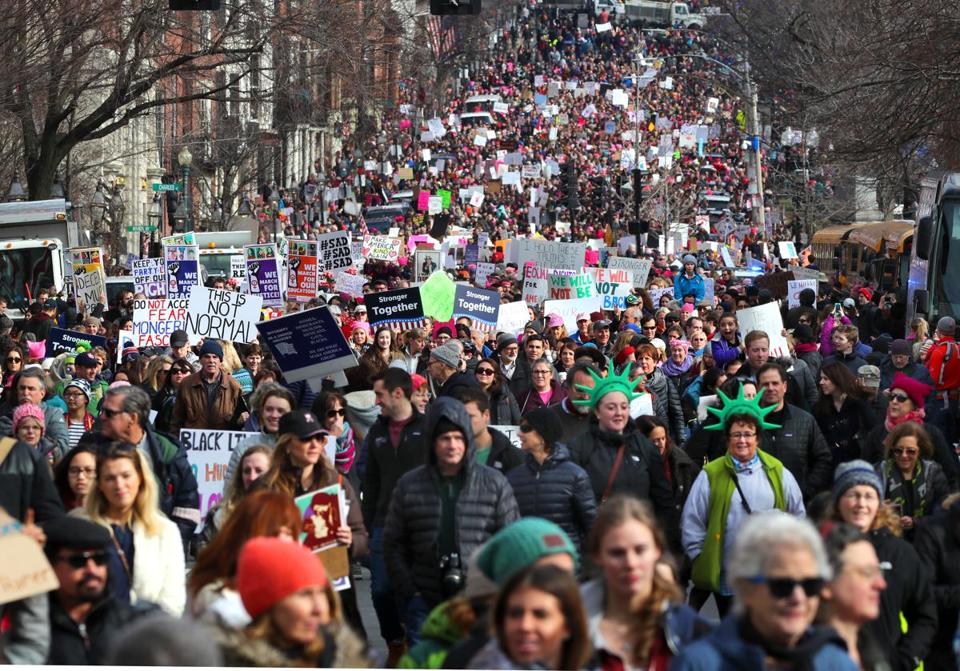 Faced with critical protests, most politicians ignore them — or at least, take them in stride as an inevitable part of a vibrant democracy.

The Trump administration’s response, in contrast, was a juvenile outburst. On Sunday, the president lashed out at celebrities who attended, before issuing a more conciliatory tweet later.

His chief of staff, Reince Priebus, criticized the media for comparing the turnout to the inauguration the day before.

A spokesman said the crowd was bigger Friday than at President Obama’s inauguration, a claim that was visibly and obviously false, and falsely claimed that Washington’s subway had carried more riders on Friday than on the day of Obama’s last swearing-in.

The president’s spokesman also claimed that the media were covering up the true size of the crowds at the inauguration through misleading photos. A fledgling federal rule to prevent Internet providers from harvesting and selling information about customers’ Web browsing without their consent appears destined for the chopping block under the Trump administration.

Internet providers like Comcast, Verizon and AT&T, proponents of the regulations said, aren’t content to sit on the sidelines while the likes of Google and Facebook make billions of dollars by selling their users’ data to advertisers.

It turns out that industry giants are almost always the gainers in Pai‘s ostensibly by-the-book objections, often in the form of being allowed to continue doing what they’ve been doing for years or decades.

This isn’t because h’s an industry plant — something people thought about Wheeler, by the way — but because he’s a die-hard free market Republican who truly believes that largely unregulated competition is the path forward. And like any other ambitious politician, he isn’t afraid to cherry-pick facts or manipulate the message to achieve that goal.

Pai’s opinion is that this enormous and unpredictable market will regulate itself just fine. Yet history seems to be against him: the enormous growth and consolidation patterns in the tech and connectivity industries (which overlap substantially) parallel those of other growth spurts that spawned critical protections such as antitrust and labor laws.