“The American people are a great people, and no one personifies that greatness better than Meryl Streep,” Peña Nieto said in an official statement.

The summit with Streep was widely seen as a prelude to Mexico establishing full diplomatic relations with the Academy Award-winning actress.

At the White House, Trump’s advisers were reportedly considering a host of retaliatory measures, including Steve Bannon’s proposal that the President of Mexico be told to “shut up.”

Legislation Considered Under Suspension of the Rules:
1) H.R. 381 – To designate a mountain in the John Muir Wilderness of the Sierra National Forest as “Sky Point” (Sponsored by Rep. Tom McClintock / Natural Resources Committee)

4) H.R. 374 – To remove the sunset provision of section 203 of Public Law 105–384, and for other purposes (Sponsored by Rep. Jaime Herrera Beutler / Natural Resources Committee)

WEDNESDAY, FEBRUARY 1ST
On Wednesday, the House will meet at 10:00 a.m. for morning hour and 12:00 p.m. for legislative business.

H. J. Res. ___ – Disapproving the rule submitted by the Department of the Interior known as the Stream Protection Rule (Subject to a Rule) (Sponsored by Rep. Bill Johnson / Natural Resources Committee)

H. J. Res. ___ – Providing for congressional disapproval under chapter 8 of title 5, United States Code, of a rule submitted by the Securities and Exchange Commission relating to “Disclosure of Payments by Resource Extraction Issuers” (Subject to a Rule) (Sponsored by Rep. Bill Huizenga / Financial Services Committee)

THURSDAY, FEBRUARY 2ND
On Thursday, the House will meet at 10:00 a.m. for morning hour and 12:00 p.m. for legislative business.

H. J. Res. ___ – Providing for congressional disapproval under chapter 8 of title 5, United States Code, of the rule submitted by the Social Security Administration relating to Implementation of the NICS Improvement Amendments Act of 2007 (Subject to a Rule) (Sponsored by Rep. Sam Johnson / Judiciary Committee)

H. J. Res. ___ – Disapproving the final rule submitted by the Department of Defense, the General Services Administration, and the National Aeronautics and Space Administration relating to the Federal Acquisition Regulation (Subject to a Rule) (Sponsored by Rep. Virginia Foxx / Oversight and Government Reform Committee)

FRIDAY, FEBRUARY 3RD
On Friday, the House will meet at 9:00 a.m. for legislative business. Last votes expected no later than 3:00 p.m.

Committee activity for the week of January 30 can be found here. 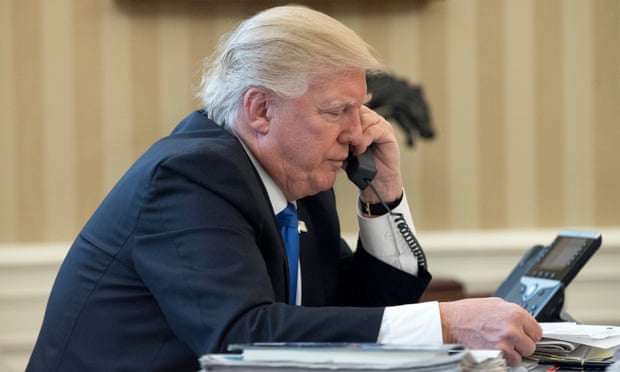 A spokesman for Angela Merkel said the German chancellor regretted Trump’s decision to ban citizens of certain countries from entering the US, adding that she had “explained” the obligations of the refugee convention to the new president in a phone call on Saturday (Jan 28). Though cast as measures meant to make the country safe, the Trump administration’s moves during its first week in office are more likely to weaken the counterterrorism defenses the United States has erected over the past 16 years, several current and former U.S. officials said.

Through inflammatory rhetoric and hastily drawn executive orders, the administration has alienated allies, including Iraq, provided propaganda fodder to terrorist networks that frequently portray U.S. involvement in the Middle East as a religious crusade, and endangered critical cooperation from often-hidden U.S. partners — whether the leader of a mosque in an American suburb or the head of a Middle East intelligence service.

Source: Officials worry that U.S counterterrorism defenses will be weakened by Trump actions – The Washington Post

Trump’s temporary halt to the U.S. refugee program – the most consequential policy he’s unveiled in his presidency’s opening days – wreaked havoc at airports and sparked protests across the country.

The order left Trump’s own government agencies scrambling, his Republican Party divided and allies around the world uneasy. A federal judge issued an emergency order temporarily blocking part of the measure, setting up a legal battle ahead.

Trump could have avoided at least some of these consequences.

He could have consulted significantly with the agencies tasked with implementing the order. He could have delivered a speech explaining his action and its intent in detail to the American people. His team could have prepared a contingency plan for the newly banned travelers already en route to U.S. as Trump signed the order.

Source: News from The Associated Press

The conventional wisdom among pundits and in the subterranean pathways of the Capitol building is that the new administration and Congress cannot do tax reform, repeal and replace ObamaCare, and keep the debt down.

The naysayers are wrong. This is a “have your cake and eat it too” moment.

The goals are attainable.

In healthcare, the goal is to repeal and replace the Affordable Care Act (ACA) with a system that delivers better quality healthcare at a lower cost. This is certainly doable.

Source: Judd Gregg: The way ahead on tax, debt and healthcare | TheHill 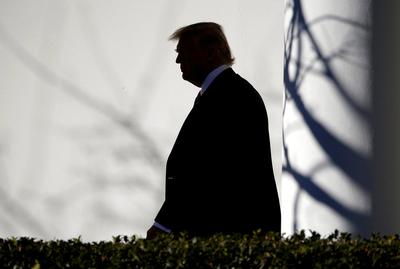 Former Labor Department Secretary Thomas Perez created the special website last September, shortly after Wells Fargo was ordered to pay $190 million in fines and customer restitution after its high-pressure sales environment led to the opening of as many as 2 million accounts that customers may not have authorized.

“Taking down this website enables Wells Fargo to escape full responsibility for its fraudulent actions and the department to shirk its outstanding obligations to American workers,” wrote Elizabeth Warren, who is a member of the Senate Committee on Health, Education, Labor and Pensions, which oversees the Labor Department.

President Donald Trump’s assault on science seems to be nurturing an emergence of science activism on an unprecedented scale.

What we’re seeing is that a lot of Americans care about the science done by government agencies — and they recognize that censoring government researchers is out of step with American values. Standing for principles based on facts is American, and dissent is American, and the newborn scientific resistance movement wants the president to know it.

The sprouting social media feeds claim to represent high-profile agencies like the National Aeronautics and Space Administration, the National Park Service, the Environmental Protection Agency, and the National Weather Service.

Some of them are using official government logos in their profiles and claim to be run by off-duty officials from those agencies, which, if true, would truly mark a civil revolt in the cybersphere, all in the name of government science for the public good.

To say the stakes are high would be an understatement.

Yet the real challenge for Trump’s negotiating team may be not so much to accomplish those objectives as to keep the U.S.–Mexico relationship from flying off the rails and crashing in a heap of acrimony and recrimination. As it now stands, the Trump administration risks provoking a Mexican populist backlash that could result in an anti-American government led by a Hugo Chávez wannabe taking power in 2018, an outcome that could adversely affect U.S. prosperity and security for years to come.