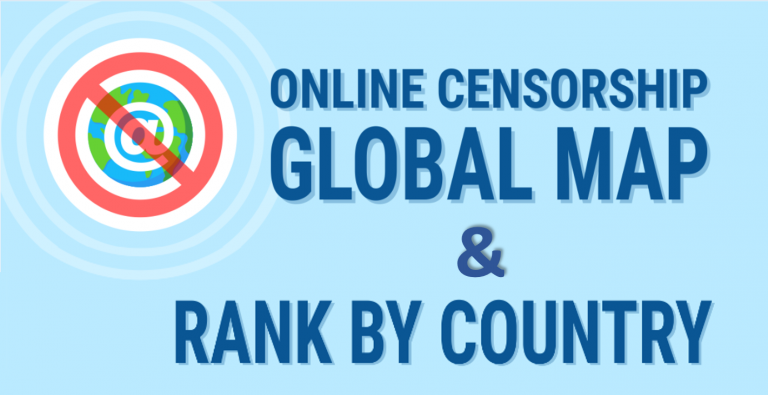 [Spanish] Many different elements can determine a governments’ desire to restrict access in their country.

For example, the blanket ban on all internet access in North Korea is strongly related to a fear of its populous understanding life outside of the closely guarded country.

China, Taiwan, and Vietnam restrict internet access for political reasons, while countries like Syria, Saudi Arabia, and Yemen have religious motives. Whatever the reason, it is good to know what your country’s policy is.

Check out the infographic to see what’s restricted in your country, and compare it to other countries …

Known as SigmaFusion, the new software product could help engineers more effectively deal with the blizzard of data coming from radar, Lidar, cameras, and ultrasonic sensors, while simultaneously enabling them to reduce the number of electronic control units in their overall system.

“We’ve shrunk down the software to make it available to a wider class of applications,” Julien Mottin, research engineer for the Leti Research Institute of CEA Tech , told Design News . “And there’s no drawback in terms of mathematical precision, even though we can run it on a much smaller platform.”

To recreate the experience of a bacterium in water, a human of average size would need to be immersed in molasses and swim at about 1 centimeter per minute. If they suddenly stopped, they would coast less than a millimeter before coming to a halt; that is, the coasting distance would have to be measured with a microscope.

The time spent coasting would also be miniscule, somewhere on the order of microseconds, which is the time between flashes in a strobe light.

Similarly, a bacterium that was traveling at top speed and suddenly stopped would coast one-tenth of an angstrom, about the size of a single atom. In a low-Reynolds-number world, lazily performing the backstroke over the course of a year gets you as far as if you complete the stroke in one second.

Source: What Do Physics, Bacteria, and Tai Chi Have in Common? This may well be the purest, simplest example of the obfuscation approach. Because discovery of an actual airplane was inevitable (there wasn’t, at the time, a way to make a plane invisible to radar), chaff taxed the time and bandwidth constraints of the discovery system by creating too many potential targets. That the chaff worked only briefly as it fluttered to the ground and was not a permanent solution wasn’t relevant under the circumstances. It only had to work well enough and long enough for the plane to get past the range of the radar.

Many forms of obfuscation work best as time-buying “throw-away” moves. They can get you only a few minutes, but sometimes a few minutes is all the time you need.

The example of chaff also helps us to distinguish, at the most basic level, between approaches to obfuscation.

Source: Covering Your Tracks in the Age of Technology All these drunken buildings: how long could they last? In the eternal battle of men against the sea, which antagonist was winning?

The sea was always the same, while improvements were being made in humanity’s ramparts; but the sea was relentless. And it might rise yet again. A Third Pulse was not out of the question, although big masses of ice at risk of sliding were not currently being identified by the Antarctic surveys; this was a finding factored into the IPPI.

Anyway, wherever sea level went in years to come, the intertidal was always going to be in trouble. Anyone who tried on a regular professional basis to fight the sea in any capacity whatsoever always admitted that the sea always won in the end, that its victory was merely a matter of time.

Some of them could get quite philosophical about this in a depressive nihilist way. Nothing we do matters, we work like dogs and then we die, et cetera.

Source: This Is What Global Warming Could Do to New York City

Rohde & Schwarz in Munich is introducing the R&S SMA100B analog signal generator with a frequency range to 20 GHz for defense, aerospace, RF semiconductor, and wireless communications test and measurement applications.

The first of the new type 055 guided-missile destroyers, which has a displacement of more than 10,000 tons and was built at the Jiangnan shipyard in Shanghai, is equipped with air defence, anti-missile, anti-ship and anti-submarine weapons, the PLA Daily reported.

The technical structure and durability of the B-52 airframes in the Air Force fleet are described as extremely robust and able to keep flying well into the 2040s and beyond – so the service is taking steps to ensure the platform stays viable by receiving the most current and effective avionics, weapons and technologies. The attack, dubbed GoldenEye, appeared very similar but more sophisticated to the WannaCry ransomware which hit more than 200,000 users in more than 150 countries last month and is thought to have originated from a Ukrainian tax software.

Jens Stoltenberg, NATO’s chief, warned the alliance must step up its defence against cyber attacks, saying they could potentially trigger their Article 5 mutual defence commitment, meaning all members would join forces to tackle those responsible.