.. in a big win for GOP leadership, Sen. Ted Cruz (R-Texas) said he would vote for a motion to proceed to the bill, likely neutralizing conservative opposition.

Here are five takeaways from the big unveiling …

Democrats risk losing election after election if they focus too much on winning back white blue-collar voters from President Trump, according to progressives worried that young minorities are abandoning the party.

Millennial voters of color interviewed in the focus groups felt “undervalued, ignored, and taken for granted,” according to the research obtained by The Hill.

This is a huge problem, Belcher and others argue, since millennials of color are a growing part of the electorate.

President Trump is seeking to radically remodel the State Department in an unprecedented way, according to former officials from administrations of both political parties.

The administration’s efforts, which include a proposed budget cut of nearly 30 percent, a hiring freeze and a potential reshuffling of offices within the State Department, have left scores of positions unfilled, demoralizing the staff that remain. 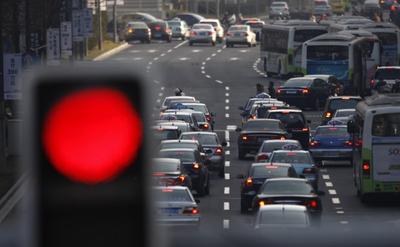 Germany has become the first European Union country to tighten its rules on foreign corporate takeovers following a series of Chinese deals giving access to Western technology and expertise.

The new regulations will allow the German government to block takeovers if there is a risk of critical technology being lost abroad. They will take effect shortly with no need for parliamentary approval.

Keen to combat air pollution, China is planning to set goals for electric and plug-in hybrid cars to make up at least a fifth of Chinese auto sales by 2025, with a staggered system of quotas beginning in 2018.

Beijing also sees the policy as a means to help the domestic car industry to compete with foreign rivals that have decades more experience in internal combustion engines.

The strict new rules plus planned harsh penalties for non-compliance, such as the cancellation of licenses to sell non- electric cars in China, has the potential to cause much pain for some automakers in the market.

With talks to renegotiate the NAFTA trade pact just weeks away, U.S. farm groups and lawmakers from rural states are intensifying lobbying of President Donald Trump’s administration with one central message: leave farming out of it.

.. for U.S. farmers the 23-year old pact secures access to stable, lucrative markets in Mexico and Canada that now account for over a quarter of U.S. farm exports.

Now they fear this access could become a bargaining chip in efforts to get a better deal for U.S. manufacturers.

To be sure, there is still no sign that Republicans in Washington are breaking from Trump in a meaningful way.

The typical Republican member of Congress might privately wish that Vice-President Mike Pence could replace Trump, but is still far too wary of alienating Trump’s core supporters (and Fox News) to get out in front of the pack.

But the e-mails that Trump, Jr., released this week prompted a reaction unlike any prior development in the Trump-Russia story.

Source: Fear and Loathing in the Trump White House | The New Yorker

When United Nations member states agreed on the Sustainable Development Goals (SDGs) two years ago, they were setting down a consensus view on the future of nations.

The SDGs represent humanity’s best aspirations for national improvement, from curbing hunger and disease to reducing inequality and responding to climate change.

Source: When It Comes To Sustainable Development, The U.S. Is Failing (By A Lot)

[Single-payer] has three kinds of main features, huge cost-saving features. One is very simplified administration. You have one plan, one set of benefits. Everybody’s in it. Makes it very simple to use. We have a hugely burdensome administrative system here in the United States. And that’s one of the prime reasons why we’re the most expensive.

They also use something called global operating budgets. So hospitals don’t have to have a whole floor of administrative staff trying to work out the billing. The hospital gets a check every month. And that’s how they pay for the things that they do. So that is also a much better way to manage your finances.

Source: Lessons From Vermont: What the State’s Successes and Setbacks Should Teach Us About Single-Payer 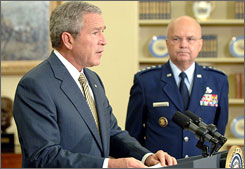 During his tenure as Assistant Attorney General in the Bush Administration, Wray vocally defended a range of controversial provisions in the USA PATRIOT Act — including Section 215, which would later provide the basis for the bulk collection of Americans’ telephone metadata.

When Wray went before the Senate Judiciary Committee in 2003 to defend the PATRIOT Act, a Department of Justice document indicated that Section 215’s business records provision had never been used.

Wray insisted that was a sign of restraint: “We try to use these provisions sparingly, only in those instances where we feel that this is the only tool that we can use.”

In fact, as the Privacy and Civil Liberties Oversight Board (PCLOB) made clear in its report on the bulk metadata program, Section 215 was sitting fallow because the Bush Administration was already collecting much of that data — without statutory authorization.