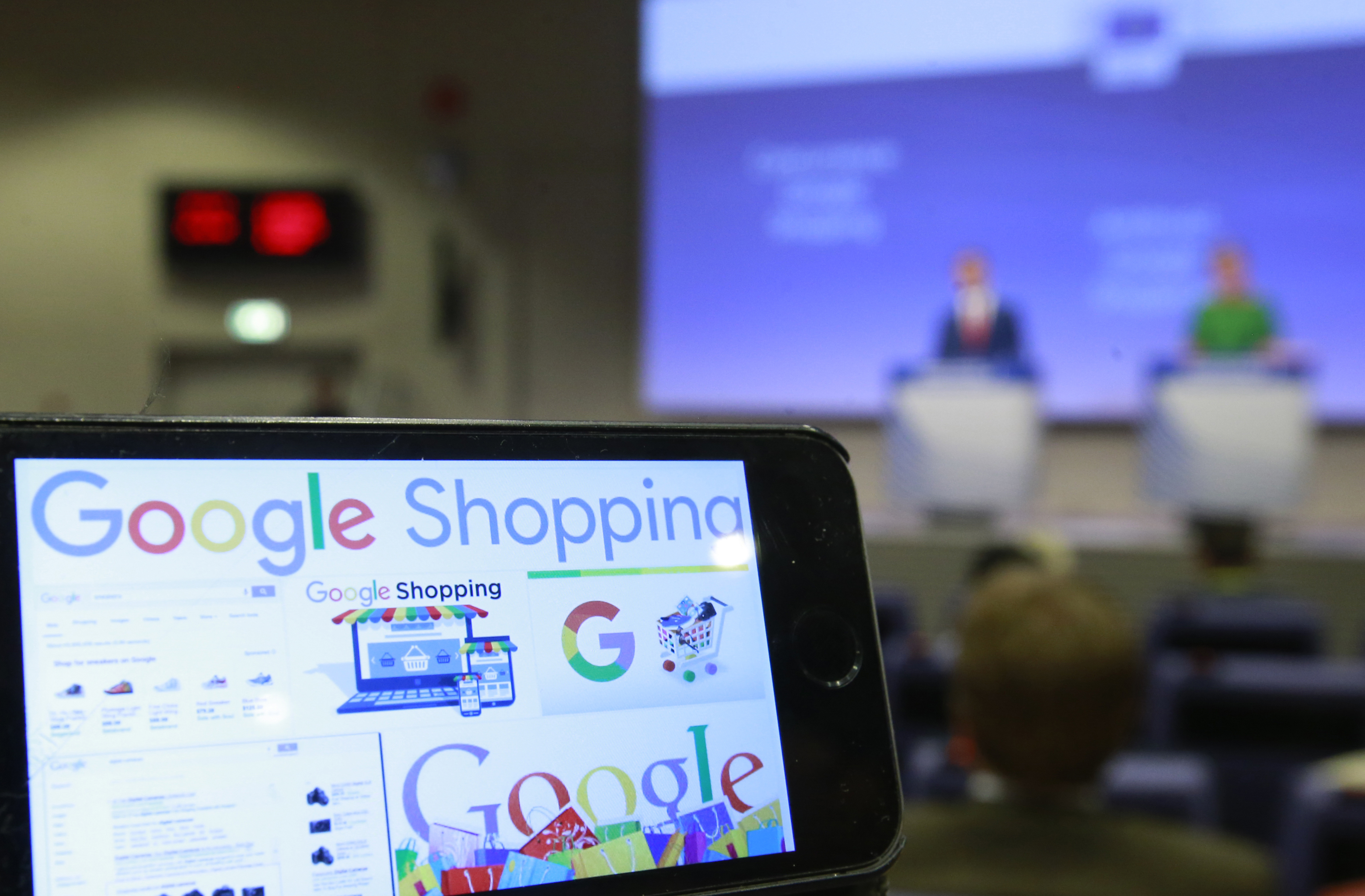 Google is not the first US tech company against which the EU’s legal or tax muscle is being flexed. And it is probably not the last either. The fact remains that the US is providing a more favourable environment, not only for innovation but also for the growth and expansion of companies such as IBM, Microsoft, Apple, Google, Facebook, Uber and the like.

The EU fined Microsoft, taxed Apple, is processing charges against Uber and has just fined Google. As if that would make the business environment easier for their imaginary European competitors.

The key misconception is that Google is in Web search business. It is in the business of providing its users information that they need.

Source: Permission-less innovation? Not in Europe! 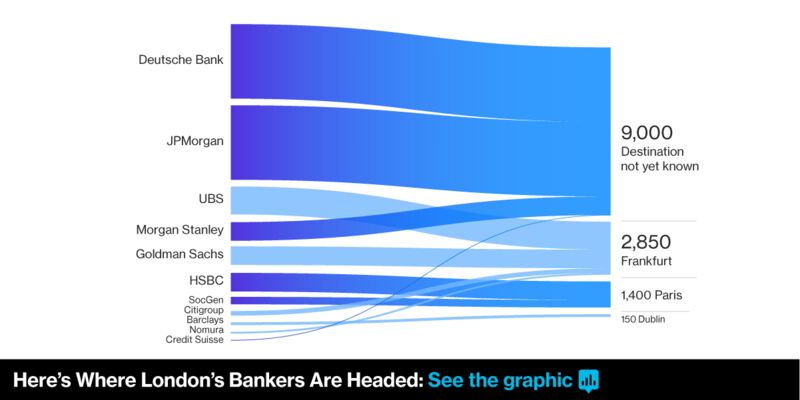 Frankfurt is a natural pick for many international firms given a financial ecosystem featuring Deutsche Bank AG, the ECB and BaFin.

Even as the chance remains for a U.K. deal maintaining some sort of access to the single market, banks are preparing for the worst and want to have new or expanded offices up and running inside the bloc before the U.K. formally departs in 2019. 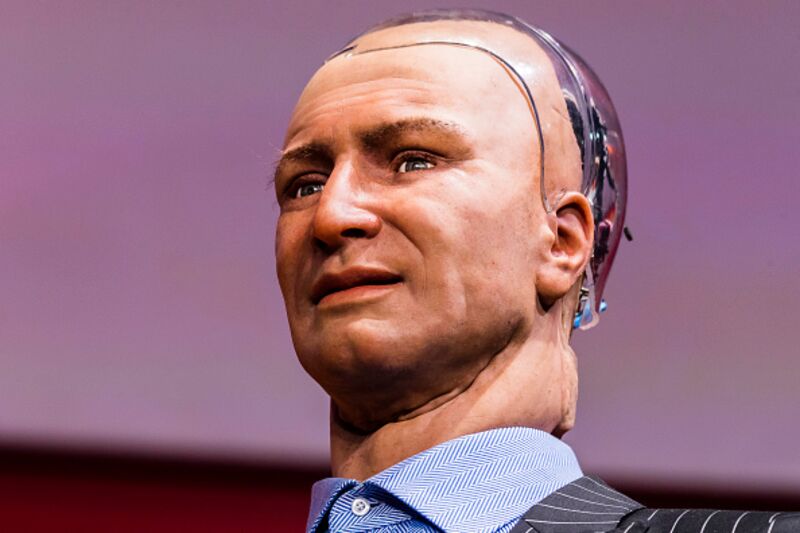 We evolved to trust our senses; switching to trust in machine intelligence instead will be a big jump for most people.

That could be bad news for the economy. Webs of trade and commerce rely on trust and communication.

If machine learning releases an infinite blizzard of illusions into the public sphere — if the walls that evolution built to separate reality from fantasy break down — aggregate social trust could decrease, hurting global prosperity in the process.

Source: The Robots Will Make the Best Fake News – Bloomberg 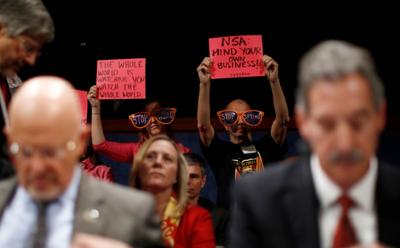 Facebook Inc (FB.O), Alphabet Inc’s Google (GOOGL.O), Apple Inc (AAPL.O) and other major technology firms are largely absent from a debate over the renewal of a broad U.S.

internet surveillance law, weakening prospects for privacy reforms that would further protect customer data, according to sources familiar with the matter. 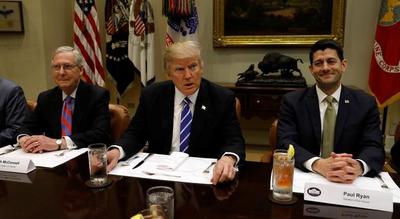 To Democrats and many independents, that’s hard to understand.

Hasn’t Trump already done enough, even if the Russia scandal doesn’t get worse (which it looks like it will)?

His approval ratings are in the gutter, his White House is a mess, America’s image abroad has cratered, and who knows what catastrophe he’ll cause next.

It seems self-evident that any Republican who separates herself from him now will be rewarded by history.

But to understand why nearly every elected Republican will stick by Trump, you have to put aside the broad national view and questions of principle.

No matter how far he falls, the self-interest of Republican politicians pushes them toward swallowing their objections and lining up behind him.

Source: Commentary: Seven is the number that explains why Congressional Republicans won’t turn on Trump 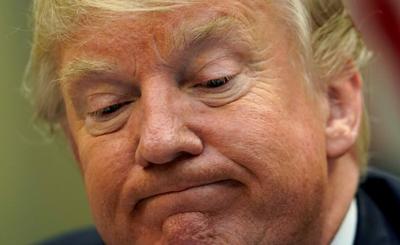 Insurers said on Tuesday they would like Congress to appropriate the funds for these payments. If that does not happen, and the Trump administration takes further measures to undermine Democratic former President Barack Obama’s healthcare law, more insurers may pull out of markets for next year ahead of a late September deadline.

That could force consumers to change plans or insurers – or leave them with no options at all. 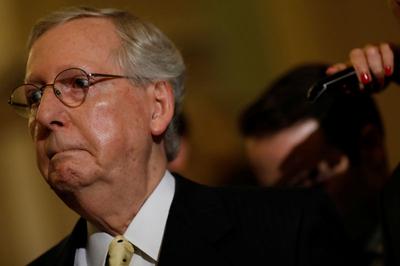 For seven years, U.S. Senator Mitch McConnell vowed to slay Obamacare if only his Republican Party controlled both chambers of Congress and the White House. Pull it out “root and branch,” he pledged.

The 75-year-old Senate majority leader now has that luxury.

But instead of basking in the glow of his first major legislative victory in the Donald Trump era, McConnell is what a source close to the majority leader calls “the man in the middle in an impossible spot.”

Source: Mitch McConnell: ‘The man in the middle’ of U.S. healthcare war

China may have quietly moved tonnes of military gear while it was conducting military exercises in the remote mountainous Tibet region, the PLA Daily, the official mouthpiece of Chinese military, has claimed.

The haul, according to the PLA Daily, was transported to a region south of the Kunlun Mountains in northern Tibet by the Western Theatre Command. This unit oversees the restive regions of Xinjiang and Tibet, and handles border issues with India. It is good to be a representative, lobbyist and facilitator for countries in the Gulf. The Saudis, Emiratis and Qataris spend tens of millions of dollars a year on firms that provide these services.

For these governments (and all the other governments that spend lavishly on representation in Washington) it is money well spent, but when it comes to framing the debate over issues like the Qatar crisis, the return on investment is not at all clear.

A recent caricature of Washington’s ideas industry is of the fatally compromised research organization willing to do the bidding of corporate and foreign government patrons. No doubt there are groups and individuals whose questionable judgment has made the image of “DC hacks” a reality.

Source: The other Gulf conflict: How the Qatar crisis is playing out in D.C. back rooms – Salon.com 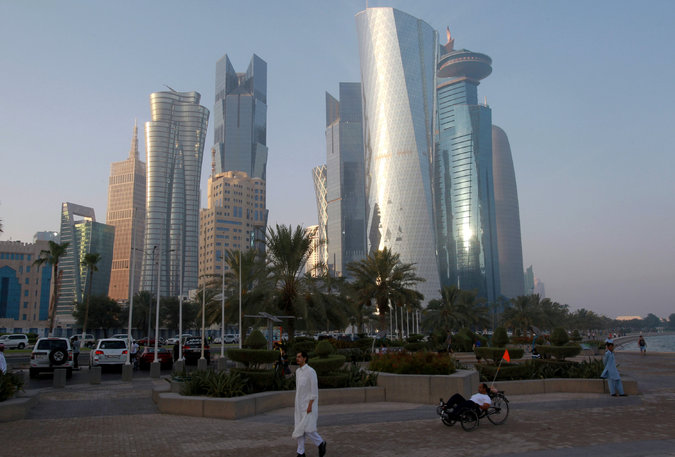 .. that welcome-all attitude is precisely what has recently angered Qatar’s much larger neighbors and plunged the Middle East into one of its most dramatic diplomatic showdowns.

For more than a month, four Arab countries have imposed a sweeping air, sea and land blockade against Qatar that, in a nutshell, boils down to a demand that Doha abandon its adventurist foreign policy, and that it stop giving shelter to such a broad range of agents in its capital.

So far, the blockade is not working, and the crisis looks set to worsen.

Source: Qatar Opens Its Doors to All, to the Dismay of Some – The New York Times