“I know it makes me sound petty, since today is a day of national celebration,” Harland Dorrinson, who had been holding a Kushner-arrest-watch party in suburban Toledo, said.

“But for a lot of us who had had our hopes set on Jared, today is bittersweet.”

“There’s been a lot of talk about this guy, Peter Manafort, or whoever, this morning,” Trump said. “The name doesn’t really ring a bell with me. I’ll have to have someone Google him and figure out exactly who he’s supposed to be.”

When reporters pointed out that Manafort had been his campaign chairman in 2016, Trump responded angrily. “I just told you I never heard of him,” he said.

“What’s his name again? I can’t even remember his name. That’s proof.”

Source: Trump Unsure Who This Manafort Person Is | The New Yorker

Separated from most of his West Wing staff — who fretted over why he was late getting to the Oval Office — Trump clicked on the television and spent the morning playing fuming media critic, legal analyst and crisis communications strategist, according to several people close to him.

But the president’s celebration was short-lived. A few minutes later, court documents were unsealed showing that George Papadopoulos, an unpaid foreign policy adviser on Trump’s campaign, pleaded guilty to making a false statement to the FBI about his efforts to broker a relationship between Trump and Russian President Vladimir Putin. The case provides the clearest evidence yet of links between Trump’s campaign and Russian officials.

Source: Upstairs at home, with the TV on, Trump fumes over Russia indictments – The Washington Post

It is deeply troubling that so many members of Congress have said they didn’t realize that there are nearly 1,000 American troops in Niger and a total of 8,000 service members in Africa.

It should be a signal that Congress should slam on the brakes rather than continue providing more and more authority for U.S. special forces to advise, train and assist foreign militaries in counterterrorism missions, something our lawmakers have done repeatedly over the last 12 years.

And too often, we in the media serve as willing repositories for propaganda, talking points and spin du jour, whether generated by Democrats, Republicans or corporate interests. Deals are cut in secret. Backs are scratched. One hand washes another.

The transactional nature of relationships between newsmakers and the media can make it easy for special interests to advance a narrative or accomplish a smear. Sometimes, it’s as if the newsmakers have state-run media or free advertising at their disposal, masquerading as news.

Now, the question is whether the new developments from Mueller — indictments against former Trump campaign chairman Paul Manafort and his associate Richard Gates, as well as a plea deal with former campaign foreign policy adviser George Papadopoulos — will drive those numbers even lower.

“The whole game in politics is to expand your base,” said GOP strategist Rick Tyler, who was communications director for Sen. Ted Cruz’s (R-Texas) 2016 primary campaign. “Independents are moving away from [Trump] and he depended on them to get elected.”

There’s also growing impatience in some European capitals for more initiatives in the area of defense and security, and much more besides. Finally, recent speeches by Jean-Claude Juncker, Donald Tusk and Emmanuel Macron outlined their ambitions, plans and visions for the European project over the coming years.

Some of these visions contradict each other. For instance, should some EU states engage in much closer unions with others, thereby creating concentric circles of the European integration?

Does the Eurozone need its own budget?

How can Europe’s leading business figures be utilized to shape better public policies?

Can the EU fill the void created by America’s current foreign policy and become a true global player?

Source: EU reform is a mountain to climb

.. In this context, the US objective of a denuclearized North Korea disarmed of ICBMs is unachievable by diplomatic means.

And, at any rate, Trump has declared diplomacy a “waste of time,” and ominously warned that “only one thing will work,” though he hasn’t explained what that means.

Given that neither the US nor North Korea has shown any enthusiasm for talks, one could conclude that war is inevitable. Yet, for all its bellicosity, the North Korean regime is unlikely to start a full-scale military conflict, because that would surely spell its demise.

At the same time, the US has no good first-strike options.

Source: The only way forward on North Korea 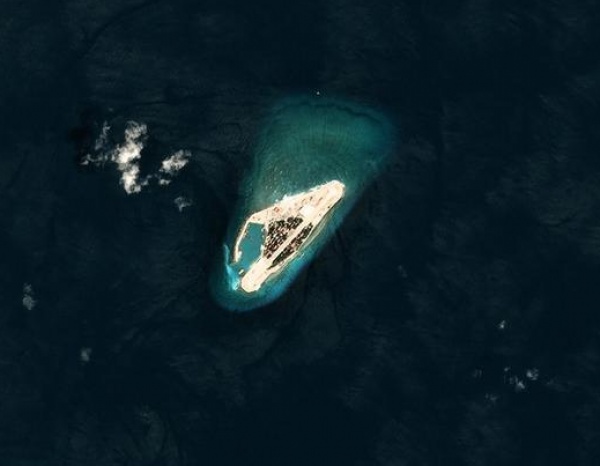 “They’ve built these extensive facilities and both Chinese civilian and PLA experts have always made it clear that when the strategic time is right, they’re going to start using them more fully,” said Bonnie Glaser, a China security expert at Washington’s Center for Strategic and International Studies.

“I think it is a question of when, rather than if, China will start to assert its interests more forcefully in the South China Sea … and that is likely to be at a time of China’s choosing,” Glaser told Reuters. 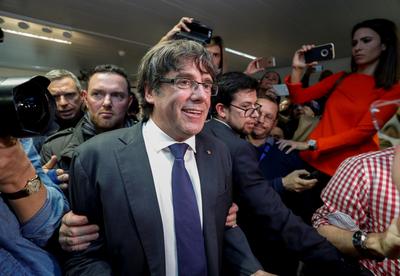 Carles Puigdemont, speaking at a news conference in Brussels, also said he was not seeking asylum in Belgium after Spain’s state prosecutor recommended charges for rebellion and sedition be brought against him.

He would return to Catalonia when given “guarantees” by the Spanish government, he said.