The Tax Cuts and Jobs Act is a game-changer for our country. Under our plan, typical middle-class American families will receive a $1,182 tax cut …

House Republicans on Thursday unveiled their long-awaited tax bill, which they hope to pass before Thanksgiving.

The 429-page measure makes numerous changes to both the individual and business sides of the tax code.

Corporations would get a big tax cut from the GOP’s proposal. The corporate tax rate would go down from the current rate of 35 percent to 20 percent.

Companies would also be allowed to deduct the full costs of buying new equipment for five years. And businesses that had been keeping profits overseas to avoid the 35 percent tax rate would be able to bring the money back, or repatriate, to the U.S., and pay only a 12 percent tax for cash assets.

Source: Winners and losers in the Republican tax bill | TheHill

The ritual may have been familiar: the angry tweets, the isolated, obsessed President. But no cries of “Fake news!” could shake the sense, on the morning of Oct. 30, that this time the Trump presidency was entering a new and dangerous phase.

No amount of distraction or deflection could alter the hard fact of the first criminal charges. Up until now, the Russia scandal has been an ambient hum of speculation and innuendo.

With the indictments of two top former campaign aides to the President and the guilty plea of a third former adviser, the specter that shadowed the Administration from the start has become a reality. It was all there in the 12-count indictment, headlined by the charge of “Conspiracy Against the United States.” 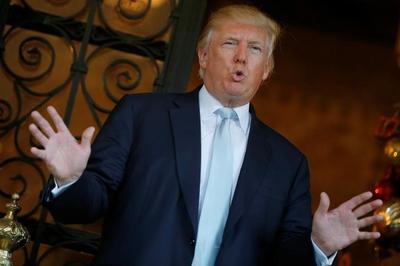 Republicans’ botched pitch for tax cuts could cost them dearly. Their revised plan, unveiled on Thursday, only partly deals with earlier criticism that it benefits the rich.

And the chief lieutenants responsible for selling it to the public for the White House – Gary Cohn and Steven Mnuchin – have fumbled their way through their own script.

The President, with characteristic salesmanship, touted the bill as “massive tax relief for the American people” in a statement Thursday.

But how would it really shake out for you?

Here’s what the bill, which will be known as the “Tax Cuts and Jobs Act” (and not, as President Donald Trump suggested, the “Cut, Cut, Cut Act”), would do:

Source: Here’s How the GOP Wants to Overhaul the Tax Code – Pacific Standard

As recently as five years ago, there was consensus that China would one day need fundamental political reform for the state to maintain its legitimacy and that China could not sustain its state capitalist system.

Today China’s political and economic system is better equipped and perhaps even more sustainable than the American model, which has dominated the international system since the end of World War II.

While the U.S. economy remains the world’s largest, China’s ability to use state-owned companies to boost the party’s domestic and foreign influence ensures that the emerging giant is on track to surpass U.S. GDP in 2029, according to the Center for Economics and Business Research.

Source: China’s Economy Is Poised to Win the Future

The result: India’s current account deficit is worsening again, threatening the outlook for an economy already straining under the fallout of a snap ban on high-value notes a year ago and a new sales tax.

“I don’t want to say (so) but I also get messages,” said Justice Sikri, referring to the sometimes umpteen-a-day text messages threatening deactivation for not linking one’s Aadhaar to one’s bank account and mobile phone number.

The top court asked these institutions to avoid scaring people in this manner, while it was hearing a plea from social activists to restrain the Centre from linking Aadhaar to bank accounts and mobile phone numbers until a Constitution bench decides its validity.