This series of lectures will present an IoT design and development paradigm based on modular firmware and hardware that supports Microchip’s family of PIC32 microcontrollers and the MikroElektronika click boards.

By unleashing on the South his athletes, famed female cheerleaders and performers, likely including the elite miniskirt-donning, electric guitar-riffing, all-female Moranbong band, Kim will mesmerize South Koreans, capture global spotlight, defuse tension and achieve a dramatic self-makeover as peacemaker. Should Kim jazz it up further and send his own sister, Kim Yo Jong, the Pyeongchang Olympics will essentially become the North Korean Games, hosted and paid for by the South.

Source: Sex and the City: The ‘Pyongyang Games’ | TheHill 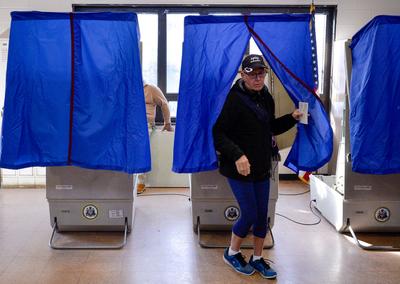 In a 5-2 decision, the Pennsylvania Supreme Court ruled the electoral map violated the state’s Constitution by manipulating the district boundaries to marginalize Democratic voters, a practice called partisan gerrymandering.

A new map could give Democratic candidates a chance to capture as many as half a dozen Republican seats in Pennsylvania alone, with national polls showing voters strongly favoring Democrats in 2018.

The deal that ended the government shutdown on Monday paved the way for Senate consideration of immigration legislation, but it did nothing to ensure that the House would act on such a bill — or that President Trump would sign it.

That has raised fears among immigrant advocates that the shutdown-ending compromise merely sets up a repeat of what happened five years ago, when eight senators forged an immigration deal that passed the Senate but went nowhere in the House after the GOP’s conservative base revolted against any attempt to give “amnesty” to illegal immigrants.

Source: The Senate will take up immigration, but will the House — and Trump — follow? – The Washington Post 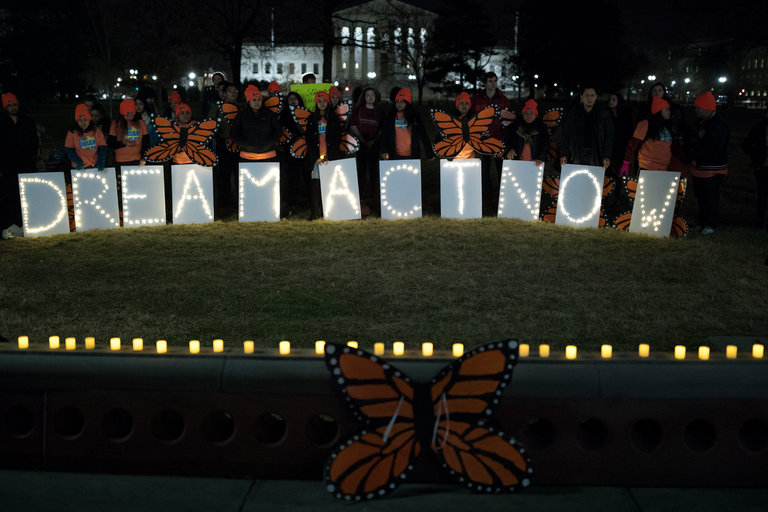 Senate Democrats blinked. But the saving grace for them may be that they did it quickly

Over the weekend it became clear that using the shutdown to insist on protections for hundreds of thousands of undocumented immigrants was a serious miscalculation.

By abandoning the strategy on its third day, Democrats believe they limited whatever damage there may be and gave the public time to forget about the disruption before the crucial November election. 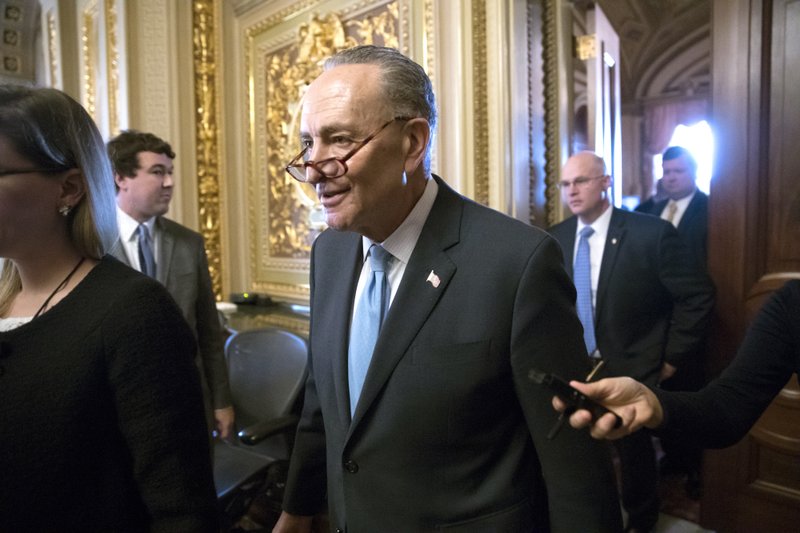 That was as long as Democrats could, or would, stand united against a Republican-backed temporary spending bill in pursuit of a plan to protect hundreds of thousands of young immigrants from deportation. When the high-stakes game of chicken ended Monday evening, liberal activists were furious, Republicans were giddy, and vulnerable Senate Democrats were quietly relieved.

The episode exposed familiar political vulnerabilities for both parties — although perhaps more painfully for Democrats.

To help prevent cross talking, senators in the meeting used a stick, and later a ball, to help determine who had the floor. Manchin drew laughter from his colleagues as they tried to figure out speaking order during an impromptu press conference, saying they could “pass the ball around.”

When the group first met on Friday, there were 17 senators trying to come up with a way to prevent the closure. That number swelled to 25 on Sunday afternoon as the shutdown ground through the weekend.

“That is a powerful voting bloc in the Senate and it includes Republican members as well as Democrats,” Sen. Susan Collins (R-Maine) said.

The stop-gap funding, which expires Feb. 8, passed both the Senate and House by large margins earlier in the day.

So as the government prepares to reopen, who emerged as the winners and losers of the first big congressional controversy of 2018?

Source: Winners and losers from the government shutdown | TheHill 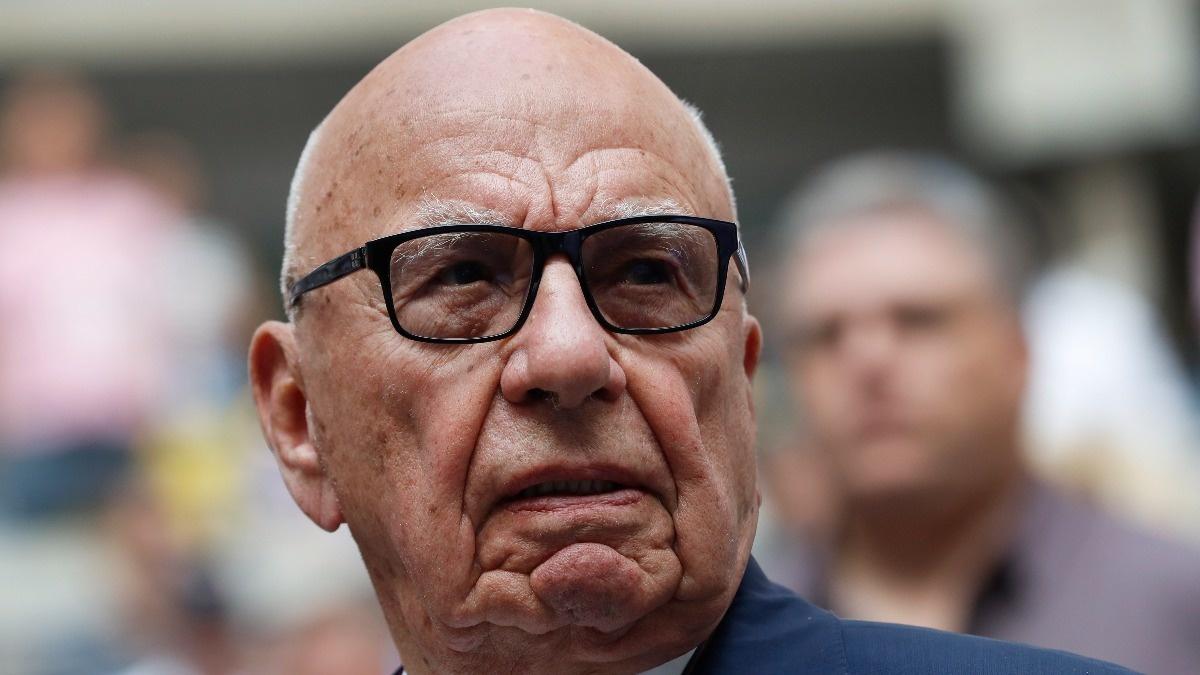 The initial ruling complicates a separate plan by Walt Disney Co to buy the majority of Murdoch’s assets, including Sky. Disney had hoped Murdoch would own 100 percent of the European broadcaster by the time it completed its takeover.

Murdoch’s Twenty-First Century Fox agreed to buy the 61 percent of Sky it did not already own in December 2016, re-igniting a political row in Britain about the influence he wields through his ownership of newspapers the Sun and the Times and his stake in Sky, the biggest pay-TV platform. 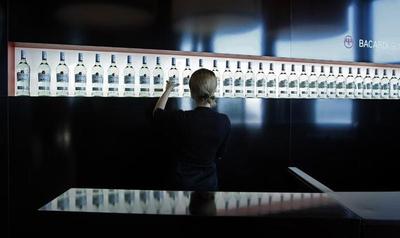 The deal comes days after Pernod Ricard bought out Avion Tequila and months after Diageo bought George Clooney’s Casamigos tequila for up to $1 billion.

Jefferies analysts put the price at about 25.5 times Patron’s estimated operating earnings and 7.5 times its sales.

That is well below the estimated 20 times sales that Diageo paid for Casamigos, but Patron is a much more mature business, with estimated sales of about $675 million per year, versus only about $50 million for Casamigos.

Source: Bacardi to buy out Patron tequila in $5.1 billion deal