Whenever Kushner was away on business trips to the United Arab Emirates, China, or other foreign countries, other members of the White House staff would try to fill in for him at bedtime, but Trump would always petulantly reject them.

Source: Trump Wonders Who Will Read Classified Documents Aloud to Him Now That Jared’s Gone | The New Yorker

Both automakers and consumers have high expectations of timely deliveries without compromising product quality or costs.

The Pay TV Show will give attendees an opportunity to explore the latest advances and challenges in the pay TV industry through keynotes, panels, and general sessions. 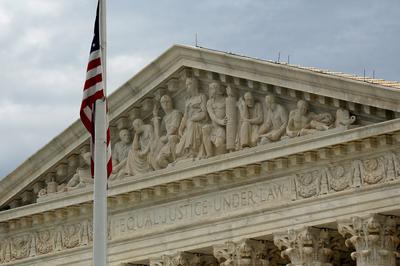 The court’s five conservatives were in the majority in the ruling written by Justice Samuel Alito. Three liberals dissented, including Justice Stephen Breyer, who sharply criticized the decision. Another liberal, Justice Elena Kagan, did not participate.

Breyer said that forbidding bail would likely violate the U.S. Constitution’s guarantee of due process under the law. Breyer said he doubted the U.S. Congress, in crafting the immigration provisions at issue, would have wanted to put thousands of people at risk of lengthy confinement without any hope of bail.

“We need only recall the words of the Declaration of Independence, in particular its insistence that all men and women have ‘certain unalienable Rights,’ and that among them is the right to ‘Liberty,’” Breyer wrote.

Among those nations discussing ways to influence Kushner to their advantage were the United Arab Emirates, China, Israel and Mexico, the current and former officials said.

It is unclear if any of those countries acted on the discussions, but Kushner’s contacts with certain foreign government officials have raised concerns inside the White House and are a reason he has been unable to obtain a permanent security clearance, the officials said.

They have been hearing from Trump administration officials who are eyeing the exits, wondering how much they could earn in the private sector and what their next steps should be.

Some officials who have recently left the administration have also been seeking coffee meetings, these individuals said, declining to publicly reveal names because it could damage their relationships with those involved.

Sen. Dianne Feinstein’s (D-Calif.) won a paltry 37 percent in the weekend vote, and was trounced by California Senate leader Kevin de León, who ran to the left of the veteran politician.

“You have a generational leadership changeover happening in the state, and California happens to be one of the most progressive-leaning states in the country.”

Democrats have reopened a double-digit lead in the generic congressional ballot, as a cascade of White House controversies has pushed the economy off the front page.

Republicans closed the generic ballot gap on Democrats in January, raising hopes that the GOP could hang on to the House in November. But now Republicans have seen their gains almost completely wiped out, underscoring their concerns that the party could be in for a bruising midterm election battle this year. 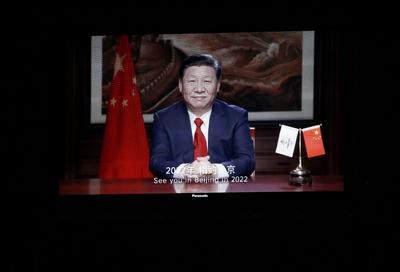 Xi Jinping has set himself up to continue ruling (and I think “ruling” is now the right word) for the rest of his life.

But more importantly, he has also fractured the final remnants of the post-Mao Zedong Communist Party leadership consensus forged in the late 1970s and early 1980s.

And in so doing, Xi has fractured what remains of global models and understanding of the incentives and functioning of Chinese politics, transformed China into something more unambiguously dictatorial, and opened up a new and potentially dangerous fissure in Chinese elite politics.

The implications are enormous.

Source: Commentary: What keeping Xi in power means for China – and the world It’s a tale that sheds new light on how the cancer agency operates, and comes at a time when it is facing scrutiny from U.S. lawmakers over its methods and transparency.

The disclosures are significant because they give rare insight into IARC’s methods. The agency does not publish details of how it makes its assessments and forbids observers invited to its meetings from talking publicly about the proceedings.

Millions of workers around the world – from car mechanics to cabinet makers to shoemakers, print workers and painters – use benzene-containing products such as adhesives, solvents and cleaning agents, sometimes in poorly-ventilated factories or workshops.

In the United States, some workers are pursuing personal injury lawsuits claiming serious harm from benzene.