According to Davis Logsdon, a law professor at the University of Minnesota, Kushner could be on the verge of obtaining “long-term clearance” at this separate facility, which, like the White House, is owned and operated by the federal government.

Source: Kushner Close to Obtaining Clearance for Other Government Facility | The New Yorker

First and foremost, it’s worth remembering that in Nevada, one chief way Democrats win races is by casinos allowing unionized voters time off to go vote, and then the unions busing voters to the polls to vote for Democratic candidates.

Take away unions’ incentives to pressure casinos for time off to vote, or to rent huge numbers of buses to take voters to and from polling stations, and you likely see the share of the vote going to a Democrat in Clark County, home of Las Vegas and the most vote-rich site in the state, taper off.

And it just so happens that there are reasons why unions might be less than strongly incentivized to bus voters to the polls to vote against Heller this year than they have been previous Republicans.

A big one – if not the biggest one – is the Obamacare Cadillac tax, a top concern of many unions, but certainly one in Nevada. Heller has made repealing it a top – maybe even the top – priority for his office.

Source: Democrats Can Win Flake’s Seat in Arizona, Not Heller’s in Nevada | The Report: Opinion | US News

Xi’s latest move to do away with his own term limits should be seen as the “Putinization” of China.

This means that China can create many problems for the U.S. and its allies even if it is not “taking over” global leadership or supplanting American power.

Remember that Putin’s Russia is stagnant, yet, through clever and brazen strategies it has managed to make itself into a major international player again by threatening Europe, disrupting the Middle East and attacking the U.S. democratic system itself.

Xi’s China is more powerful than Russia and can cause even more damage, particularly if it meets no resistance.

Here’s the silver lining: The United States is finally waking up to China’s many provocations, from political influence campaigns, to militarization of the South China Sea, to attempts to export China’s authoritarian politics. President Trump has put forth a strategy to push back against China in every domain of power.

Source: Xi’s ‘Putinization’ of China is a massive wake-up for America | TheHill

All of the problems point to the complications of keeping family members in the White House — both in terms of managing staff and avoiding conflicts of interest — and to the unique weaving of the Trump brand and public service in the current administration.

“It places the entire White House in an awkward position with how to handle specific circumstances and situations involving Ivanka and Jared,” said Scott Amey, general counsel at the Project on Government Oversight.

The White House has a massive hole to fill as it seeks to replace communications director Hope Hicks, whose departure is seen as a devastating blow to President Trump at a time when his administration is besieged by conflict.

Hicks has been by Trump’s side since the start of his campaign, and allies describe her as a steadying force with an unparalleled ability to connect with her boss. 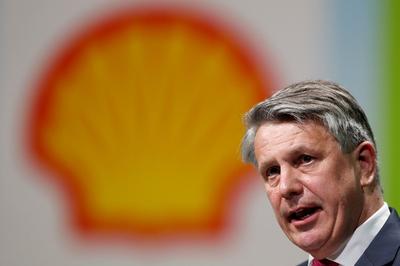 The size of Shell’s cash payments – $343 million out of the total of $525 million that Mexico earned in the sale – far outstripped its competitors’ offers, guaranteeing that the company swept up nine of the 19 offshore blocks.

The Anglo-Dutch major knew something no one else did.

Six months earlier, its drilling rig had struck a giant oil reservoir, the Whale well, in the U.S. side of the Gulf of Mexico – just across the border from many of the Mexican blocks, which share a similar Paleogene-age geology.

Calculating that this significantly increased the chances of the Mexican blocks also containing treasure, Shell delayed the announcement of the discovery until the day of the auction, after bids had been submitted. 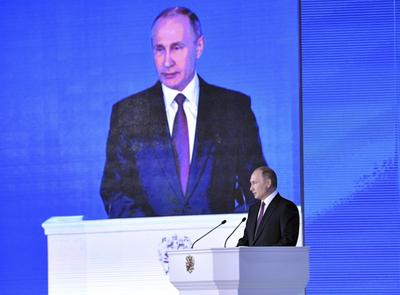 Vladimir Putin’s Thursday speech about Russia’s new and “invincible” array of nuclear weapons accomplished many of its objectives.

It provided a strong image for a politician heading into a presidential election on March 18.

It declared Russia triumphant after years of economic turbulence and military stagnation.

And its assertions about the “practically unlimited range” of a new nuclear-powered cruise missile cast doubt on the viability of American missile defense systems.

Source: Commentary: What the U.S. should do about Putin’s nuclear threats 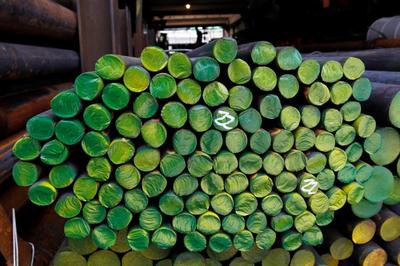 U.S. President Donald Trump struck a defiant tone on Friday, saying trade wars were good and easy to win, after his plan to put tariffs on imports of steel and aluminum triggered global criticism and a slide in world stock markets.

The European Union raised the possibility of taking countermeasures, France said the duties were unacceptable and China urged Trump to show restraint. Canada, the biggest supplier of steel and aluminum to the United States, said it would retaliate if hit by U.S. tariffs.

Source: Trump defiant after criticism of steel and aluminum tariffs

The UIDAI was established in 2009 by executive action as the sole decision-making authority for the allocation of resources, and contracting institutional arrangements for Aadhaar numbers.

With no external or parliamentary oversight over its decision-making, UIDAI engaged in an opaque process of private contracting with foreign biometric service providers to provide technical support for the scheme.

The government later passed the Aadhaar Act in 2016 to legitimize UIDAI’s powers, but used a special maneuver that enabled it to bypass the House of Parliament, where the government lacked a majority, and prevented its examination by the Parliamentary Standing Committee.

The manner in which Aadhaar Act was passed further weakens the democratic legitimacy of the Aadhaar scheme as a whole.

It emerged during the Aadhaar hearings that UIDAI has neither access to, nor control of the source code of the software used for Aadhaar CIDR. This means that to date there has been no independent audit of the software that could identify data-mining backdoors or security flaws.

The Indian public has also become concerned about the practices of the foreign companies embedded in the Aadhaar system.