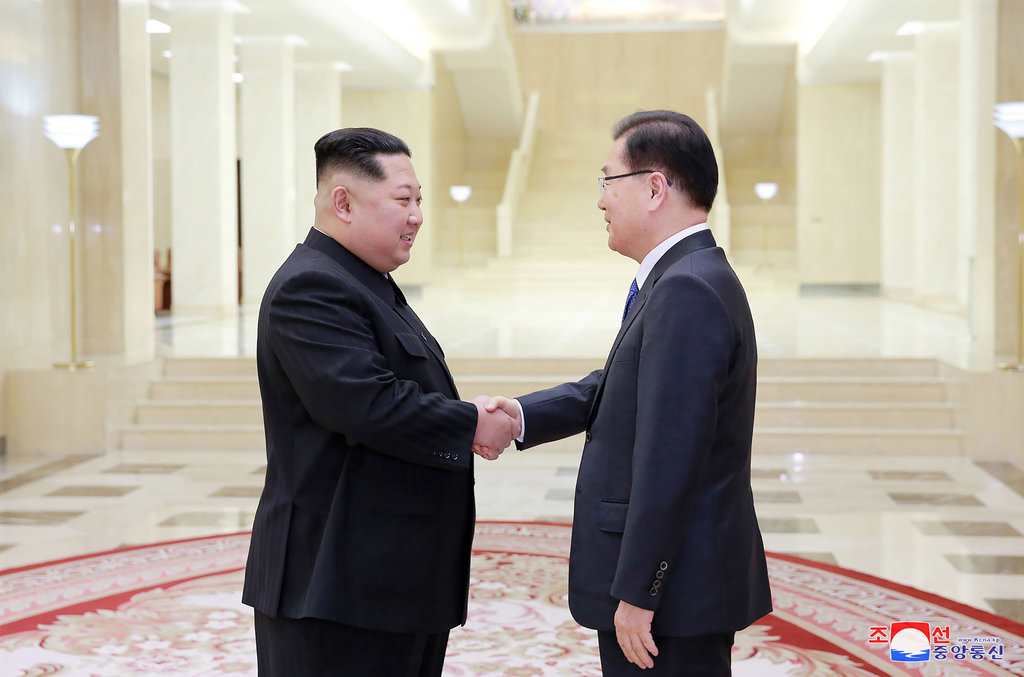 Whatever one thinks of Mr. Trump’s version of history, he now faces a prospect uncannily similar to that confronted by Bill Clinton, George W. Bush and Barack Obama. North Korea’s offer to put its nuclear weapons on the bargaining table opens the door to negotiations of unpredictable length and inevitable complexity.

And Mr. Trump will surely be pressured to make concessions, starting with North Korea’s perpetual demand that the United States withdraw all American troops from the Korean Peninsula.

Source: On North Korea, Trump Finds Himself in Same Position as His Predecessors – The New York Times 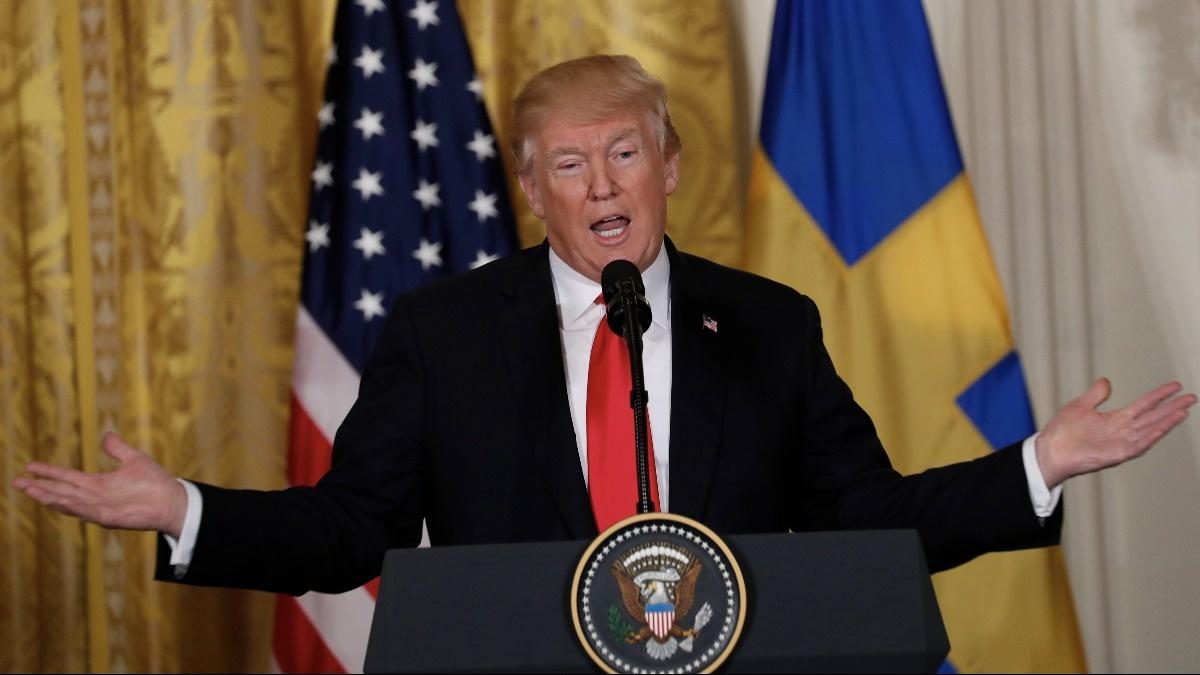 “The economic nationalists now certainly have the upper hand and their camp is bigger. I think they are going to be very influential in the administration,” said Monica de Bolle, a senior fellow at the Peterson Institute for International Economics, a Washington-based think tank.

The Trump administration has launched an investigation into intellectual property abuses by China, which could dwarf any impact of the steel and aluminum proposals and trigger a sharp response from Beijing. Trump has said the fines could be huge. 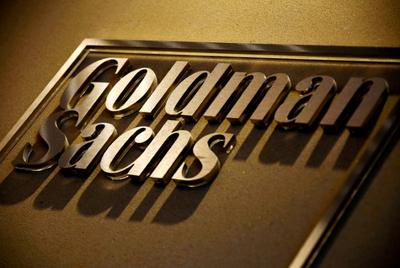 After months of patience and private lobbying, the U.S. investment bank has decided it can no longer wait for clarity from lawmakers on how its business might be impacted by Britain’s exit from the trading bloc and is taking the steps to minimize disruption to clients.

Goldman’s decision to reissue some staff contracts and set a timeline to move teams to the continent marks one of the first tangible signs that banks are starting to execute on Brexit contingency plans after British Prime Minister Theresa May ruled out retaining passporting rights for financial services. 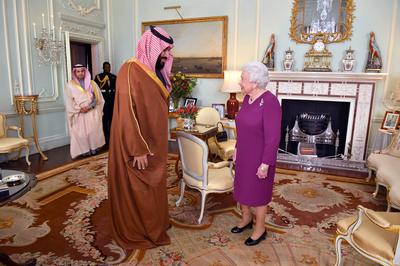 A fiery exchange in parliament between May and opposition Labour Party leader Jeremy Corbyn underlined tension in Britain over Prince Mohammed’s trip, which is aimed at building a broader economic partnership between the two countries, but has sparked protests about human rights and war in Yemen. 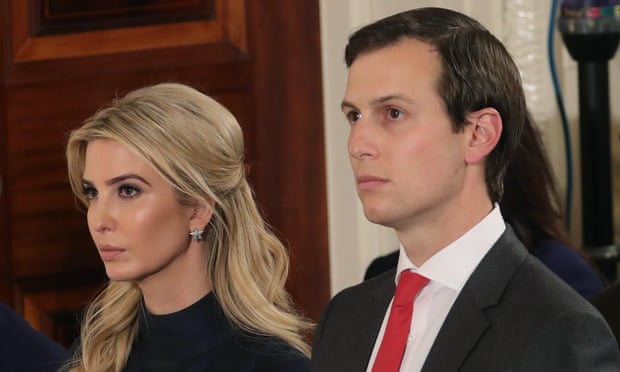 Despite its fame, The Apprentice is not the reality television show that best explains Donald Trump’s presidency. To understand what’s going on in the White House, tune into a popular show that had its premiere at about the same time: American Greed.

While the loans would be a shocking scandal for any other administration, our senses have been dulled. Already, the president set the ethical compass for his presidency low by failing to cut his own ties to the Trump Organization and not, as every recent president has done, releasing his taxes.

The fact that Donald Trump is personally profiting off his presidency is an open secret in Washington as a stroll through the lobby of the new Trump Hotel in the grand Old Post Office proves. Just about anyone who wants a White House favor or a meeting is there, dropping at least $500 per night. Ka-ching for the Trump Organization. 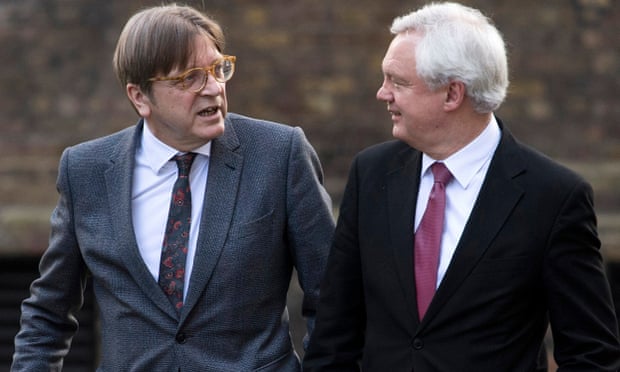 After more than 40 years of membership and nearly two years of endless debate about Brexit, there is still virtually no understanding in Britain of how the British are viewed by the rest of Europe.

The lack of self-awareness is costly. It is impossible to understand the negotiating approach of the EU without first understanding how it views the UK. A successful negotiation should first be a process of discovery: understanding what matters to the other side, why it matters, and where common ground might be found. This has not happened.

The relationship between Gary Cohn, President Trump‘s top economic adviser and the president seemed to be coming apart in the past couple of weeks with Trump insisting on steep steel and aluminum tariffs, a move Cohn opposed and had spent the better part of the past year trying to stop.

While Cohn had telegraphed his intentions to leave, his exit came abruptly.

Cohn, a former head of Goldman Sachs, has served as Trump’s chief economic advisor since the beginning of the administration. His deep ties to Wall Street made him a reassuring presence to investors and traders, and he had been discussed as a potential future chief of staff for the White House.

Sen. Ted Cruz (R) has sounded the alarm for his party about Democratic turnout, telling a reporter this week that he’s concerned.

“The extreme left is energized and angry, and it makes it all the important for conservatives to show up in November,” he told CNN.

“If conservatives stay home, if we rest on our laurels, we could see Texas turn blue.”

Political excitement among both Republicans and Democrats has led to an explosion of candidates running for office across the country, giving voters a choice between the two parties even in areas where one side has virtually conceded recent elections.

While that means both Democrats and Republicans are running in many races they almost certainly will not win, the goal, party strategists and political scientists say, is to field candidates in as many races as possible to take maximum advantage of a favorable political climate.

Source: Flood of legislative candidates points to enthusiasm in both parties | TheHill

The 71-year-old president, who became the first billionaire to serve in the Oval Office when he was inaugurated in January 2017, has a net worth of $3.1 billion, according to new estimates from Forbes.

Forbes attributed the president’s decline in net worth throughout 2017 to a struggling retail real estate market and Trump’s polarizing brand.

Trump’s hotel brand and management gigs, as well as his golf properties, suffered from his polarizing image this year as well.