The story begins to unravel if you question whether U.S. sanctions can put ZTE out of business. Americans may remember the phrase “too big to fail.”

China’s government will not let ZTE go out of business.

Beijing does not allow big enterprises with close ties to the state go under, especially as a result of foreign punishment. China’s practice is to keep state-owned enterprises, whether decrepit or dodgy, afloat with loans long after they have ceased to be profitable, creating immense problems for the Chinese economy, and ZTE is neither decrepit nor dodgy (at least from a Chinese perspective).

Whether it is no-cost loans, direct subsidies, or something else, ZTE would be kept afloat until an alternative source of supply can be found. Chinese officials would prefer not to pay this price, but they will if it is necessary.

Lawmakers are scrutinizing the Pentagon over its efforts to keep military secrets safe from hackers, after Chinese actors allegedly breached a Navy contractor’s computer and collected data on submarine technology.

The issue took center stage at a congressional hearing Thursday, as lawmakers on the House Armed Services Committee pressed Trump administration officials on their efforts to protect U.S. military assets from Chinese spies.

“It was shocking how disorganized, unprepared and quite frankly utterly clueless the branch of the military was that had been breached,” said Rep. Adam Smith (D-Wash.).

“Even in this day and age, we haven’t figured out how to put together a cyber policy to protect our assets, in particular with our defense contractors we work with who store our data but not with adequate protection.”

The aim is to sow doubt and division amongst strategically targeted societies with the longer-term objective of boosting Moscow’s comparative power and influence across the world stage. 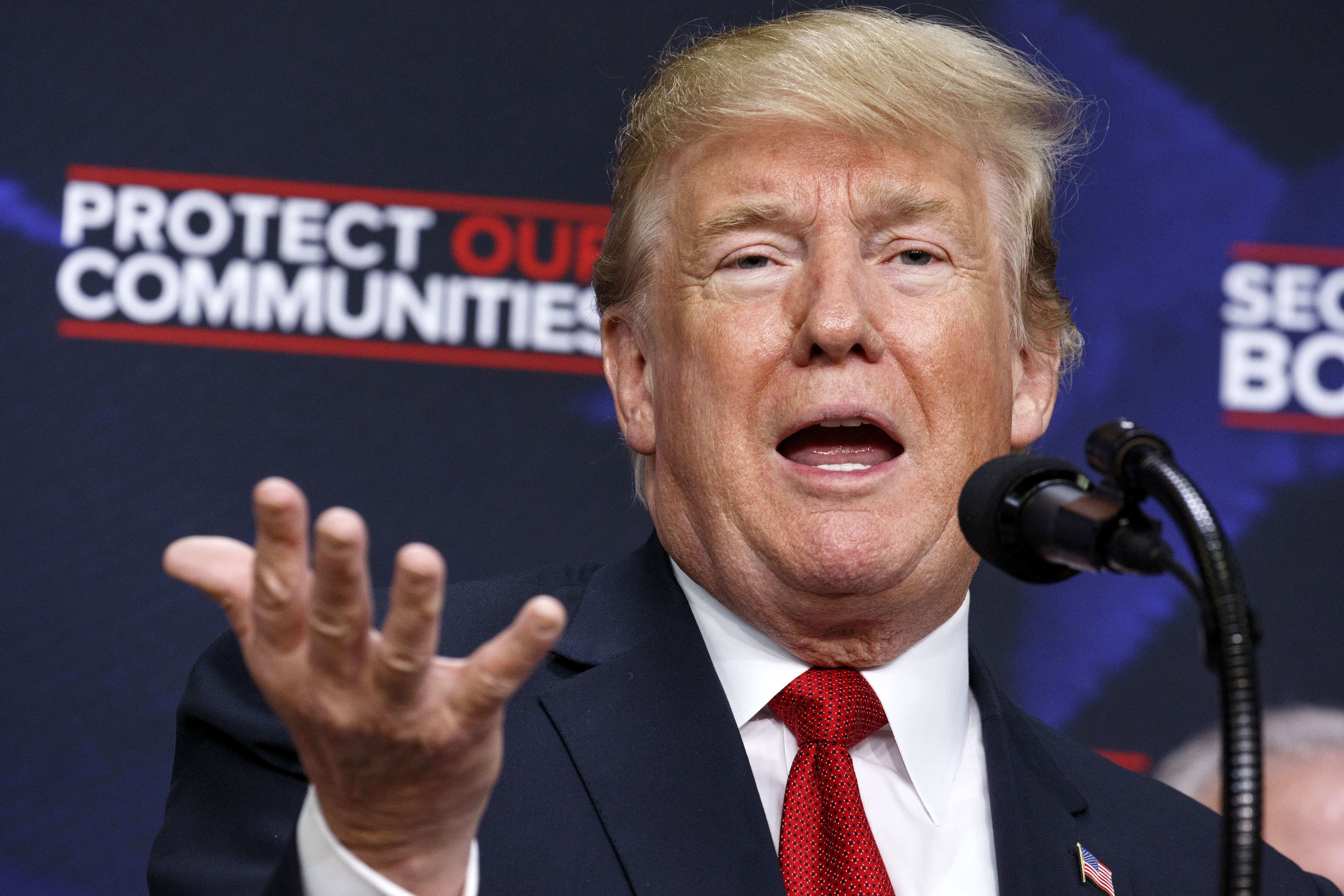 In a tweet posted Sunday, Trump said that undocumented immigrants caught crossing the border should be sent to their country of origin “immediately, with no Judges or Court Cases.”

But legal experts note that the Supreme Court has long held that even non-citizens have the right to due process, the constitutional rule that every person should get a fair hearing in court before facing any punishment.

In fact, the Supreme Court has ruled on the very issue Trump was describing.

Many of these cases hinge on what’s called public accommodations laws, which differ from state to state in their size and scope and prohibit discrimination on the grounds of race, gender, ethnicity or religion.

A number of states also have anti-discriminatory measures related to a person’s sexual orientation or gender identity. But federal law — namely, the Title II of the Civil Rights Act of 1964 — does not include these specific sexual orientation or gender identity protections, making discrimination based on those grounds possible in states without specific laws against it.

U.S. states, save for several jurisdictions including the District of Columbia and Seattle, have no public accommodations laws that prohibit discrimination based on political ideology.

Therefore, no law prohibited Red Hen’s owner from asking Sanders to leave due to her actions as an official in the Trump administration.

Source: Why Red Hen Didn’t Have to Serve Sarah Sanders, According to Lawyers | Time 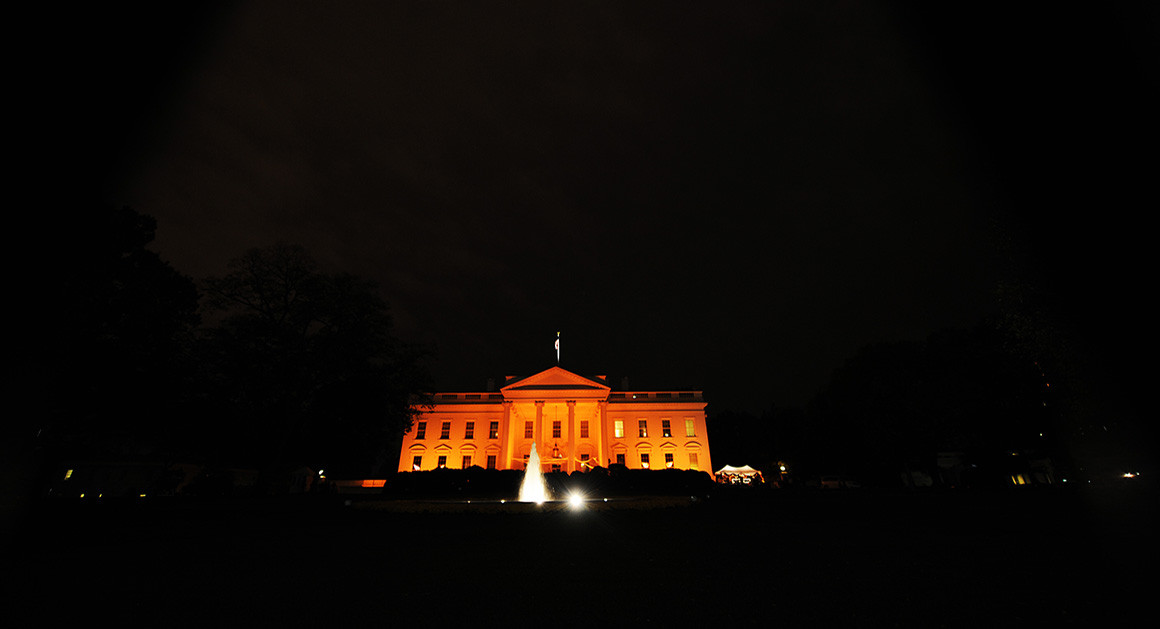 There’s one big structural reason: There tend to be more psychopathic personalities in denser areas, and the District of Columbia is denser than even the densest state, so it makes sense that it would top the list. But even when you correct the rankings for density, says Ryan Murphy, an economist at Southern Methodist University, Washington still ranks first.

This, Murphy hypothesizes, is because psychopaths are attracted to the kinds of jobs Washington offers—jobs that reward raw ambition, a relentless single-mindedness and, let’s admit it, the willingness to step over a few bodies along the way.

“Psychopaths have an awfully grandiose way of thinking about themselves, and D.C. has numerous means of seeking and attaining power,” he wrote in an email.

Trump has one ace up his sleeve, which is that for all the moaning and complaining by the Europeans and the Chinese, all of these countries are vitally dependent on access to America’s massive consumer market. It is the prize for all foreign producers.

A tit-for-tat trade war hurts everyone, but it hurts our rivals far more than it hurts us. That’s true today, given that the U.S. economy is booming, and we already have more jobs that workers.

Meanwhile, the rest of the global economy is slowing down and Europe’s growth is now less than 1 percent, and China’s growth has cooled as well. So they have lower economic pain thresholds.

Trump has the facts on his side. For all the bellyaching by the Europeans, Japanese and Chinese about Trump’s unjust tariffs, the truth is that almost all other nations have higher trade barriers than we do.

Moreover, almost all these nations impose value-added taxes of 10 percent to 20 percent on American goods and services when they hit the border in places like China, Japan and Germany.

Source: This is how Trump can win on trade | TheHill

Members of GOP leadership conceded that they will likely need to pass a smaller bill to address family separations before they leave for the Fourth of July recess — even with an executive order from President Trump ending the practice. Many congressional offices have received a barrage of phone calls and messages from constituents deeply concerned about the issue.

But the compromise legislation — the product of weeks of negotiations between GOP conservatives and moderates — has struggled to attract enough support from Republicans.

Trump complicated House GOP efforts last week when he tweeted that Republicans should stop “wasting their time” on the effort, saying the bill stands no chance of passing the Senate.

Source: Immigration overhaul on life support in the House | TheHill

America’s payment system has become a silent reverse Robin Hood system transferring billions of dollars from working and middle class Americans who use cash, debit and pre-paid cards, to the wealthy through elite platinum and black cards.

This network exists in the quiet space, not subject to taxes, or according to the Supreme Court of America’s anti-trust system, which was the basis the case was argued on. The Supreme Court’s narrow majority, written by Justice Thomas, missed an opportunity to address the fundamental economic policy challenge of our time: reducing income inequality.

Here is why the Court’s ruling will have the ramification of further cementing our nation’s growing wealth divide.

Source: Why the Supreme Court’s decision in Ohio v. Amex will fatten the wealthy’s wallet (at the expense of the middle class)

The new composition in parliament, which is somewhat less favorable to Erdoğan than before, will bring a new phase. While it’s hard to imagine that Erdoğan will engage in constructive and compromise-driven politics, the new parliamentary reality—combined with his past record of pragmatism—may open room for more pluralistic politics.

How will Erdoğan approach the new presidential system he inherits, one granting far greater powers for his position? One of the first tests will be on whether to lift emergency rule, which will say a great deal about where Erdoğan and the new parliament stand on the crucial issues of democracy and rule of law.