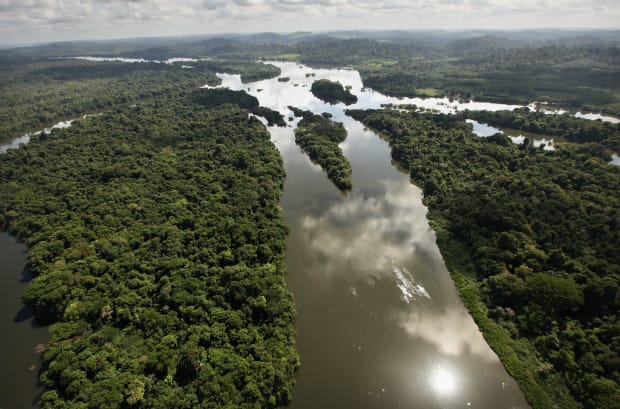 Together, the three regions emitted 2.5 gigatons more carbon during the 2015–16 El Niño than during the opposing phase of the cycle, known as La Niña, in 2011, with emissions split roughly evenly between the three forest regions.