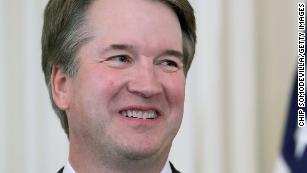 Kavanaugh is one of the legal minds who comes from the movement that centers around the Federalist Society, which conservatives built in the 1980s in an effort to transform the courts. Faced with what they perceived to be the liberal dominance of law schools and justices, conservatives nurtured thick networks of intellectuals, justices, and lawyers who mentored talented conservative minds so that there would be deep bench from which presidents could make their appointments.

Source: Brett Kavanaugh hearings are the start of something big (opinion) – CNN