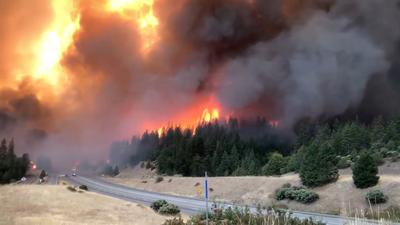 The Delta fire erupted on Wednesday in a canyon along the Sacramento River about 250 miles north of San Francisco and by Thursday morning had scorched more than 15,000 acres, triple the area that had burned some 12 hours earlier. 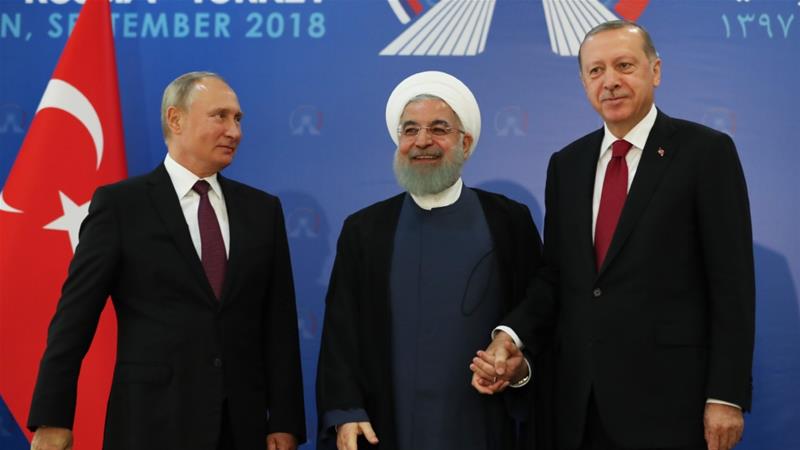 The presidents of Iran, Russia and Turkey have met in Tehran to talk about how to shape the future of a country torn apart by years of civil war amid a possible military offensive to retake the last rebel-held bastion of Idlib.

At Friday’s summit, Hassan Rouhani, Vladimir Putin and Recep Tayyip Erdogan were expected to sign an agreement about ongoing military cooperation in Syria, the right of return for refugees displaced by the conflict, and the creation of a committee to investigate the fates of people arrested by the government or who went missing during the conflict, according to Iran’s foreign ministry.

Since India’s independence, ties with the United States have weathered Cold War-era distrust and estrangement over India’s nuclear program.

Relations have warmed in recent years and cooperation has strengthened across a range of economic and political areas. 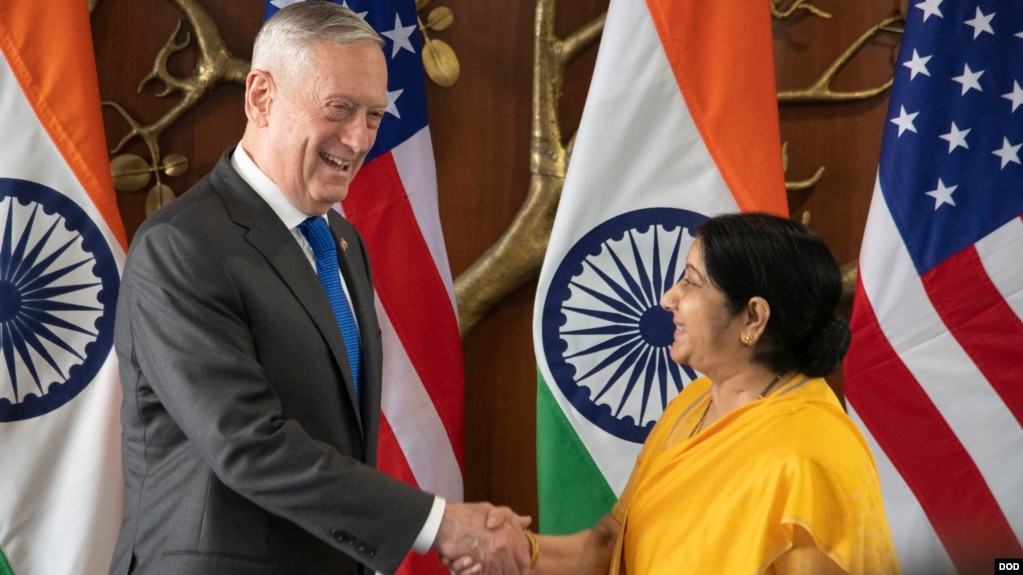 The U.S. earlier this year offered armed Guardian drones to India, but the sale could not go through until the agreement, known as COMCASA, was reached.

“The landmark agreement deepens our military to military cooperation and our ability to share the most advanced defense technology, making us both stronger,” said U.S. Defense Secretary Jim Mattis.

If the Guardian sale goes through, India would become the first non-NATO country to buy armed U.S. drones. “They welcomed the signing of a Communications Compatibility and Security Agreement (COMCASA) that will facilitate access to advanced defence systems and enable India to optimally utilise its existing US-origin platforms,” a joint statement issued at the end of the bilateral dialogue declared.

The bilateral dialogue was attended by U.S. Secretary of State Michael R. Pompeo and Secretary of Defense James N. Mattis and their Indian counterparts Sushma Swaraj and Nirmala Sitharaman.

India and the U.S. would also hold a first-ever tri-service exercise on the east coast of India in 2019, Ms. Sitharaman announced.

Following the 2009 agreement to convene an annual “Strategic Dialogue” between the United States and India, the first took place in Washington, DC, in June 2010. Secretary Clinton and Minister Krishna co-chaired the dialogue, along with a wide range of senior officials across both governments … 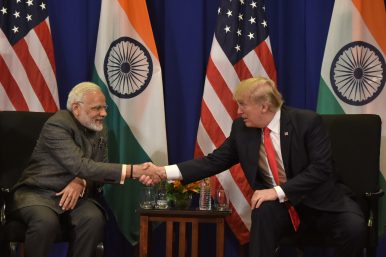 The two outstanding agreements are COMCASA, or the Communications Compatibility and Security Agreement, and BECA, the Basic Exchange and Cooperation Agreement for Geo-spatial Cooperation. Negotiations on the former are close to their conclusion, with a few remaining reservations on the Indian side concerning sovereignty.

BECA talks had not started as of late-July, but will begin soon. In 2016, the United States and India concluded the first of the enabling agreements after more than a decade of talks; the Logistics Exchange Memorandum of Agreement (LEMOA). LEMOA allows the armed forces of both sides to mutually access logistical support for compensation either in kind of cash.

Source: What’s on the Agenda for the First US-India 2+2 Dialogue? | The Diplomat