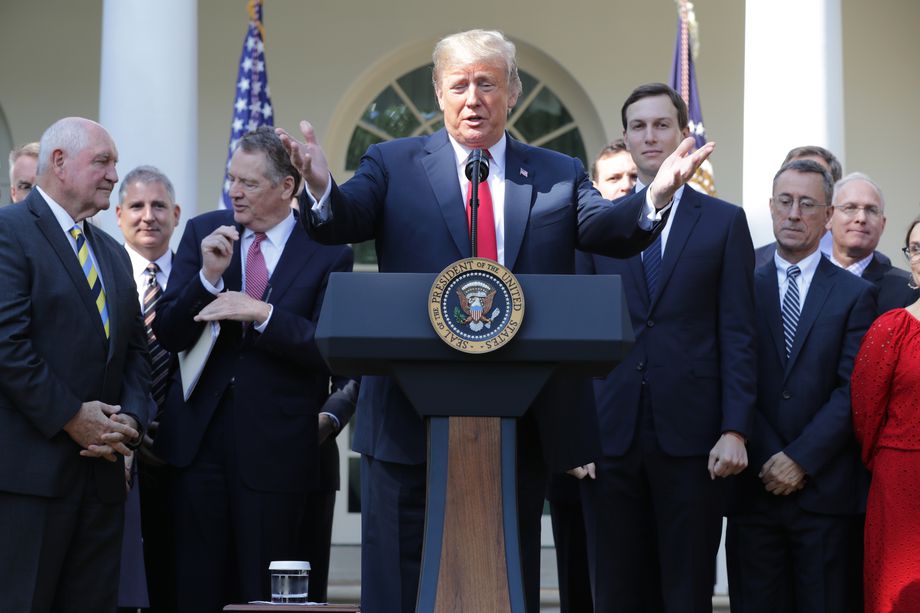 New name or not, USMCA isn’t quite a “brand new deal,” as Trump described it. It’s basically NAFTA 2.0: an updated version of the nearly 25-year-old trade agreement, with major changes on cars and new policies on labor and environmental standards, intellectual property protections, and some digital trade provisions.

But experts say the changes are significant — even if they don’t quite match Trump’s bloviating.

“It’s a substantially different agreement than NAFTA,” Richard Miles, director of the US-Mexico Futures Initiative at the Center for Strategic and International Studies, tells me. 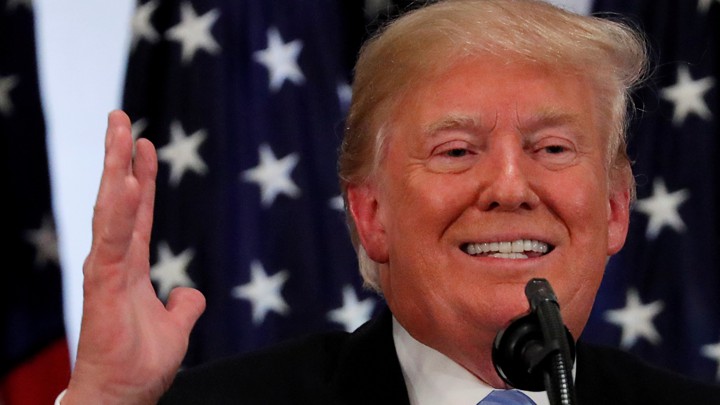 The new agreement shows not only how Trump is willing to risk alliances to get the kinds of agreements he believes benefit American workers, but also how, despite protests, U.S. partners have little choice but to go along with much of what the world’s largest economy wants.

It also shows how, ultimately, Trump is starting to refashion the Western global order, which the U.S. constructed in the wake of World War II, to align with his own worldview: more transactional, more bilateral, and less reliant on permanent alliances. 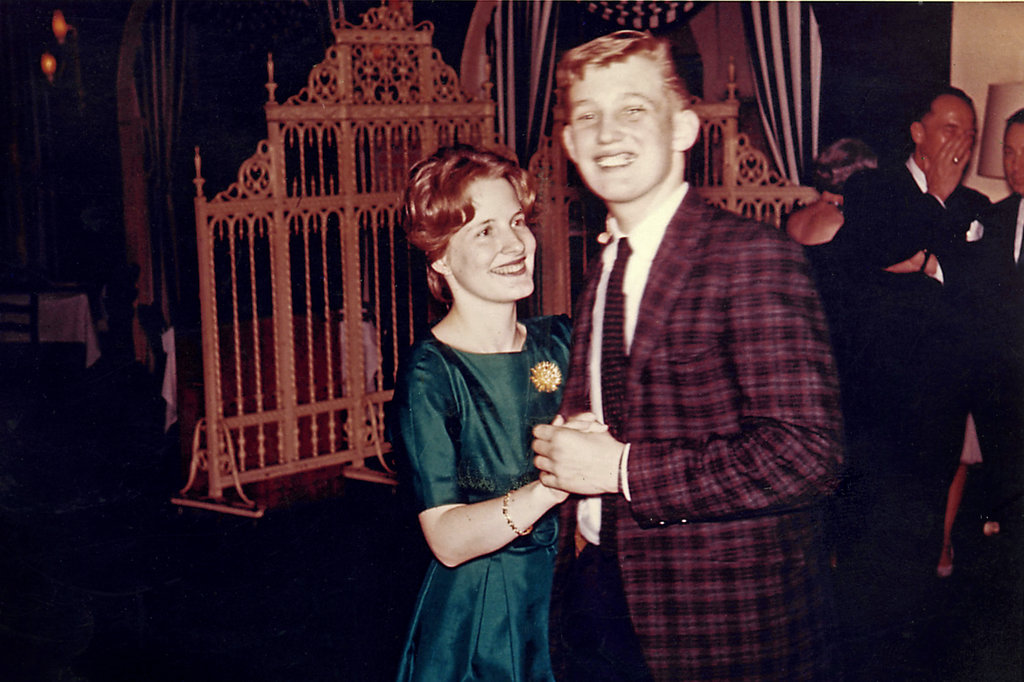 President Trump participated in dubious tax schemes during the 1990s, including instances of outright fraud, that greatly increased the fortune he received from his parents, an investigation by The New York Times has found.

Mr. Trump won the presidency proclaiming himself a self-made billionaire, and he has long insisted that his father, the legendary New York City builder Fred C. Trump, provided almost no financial help.

But The Times’s investigation, based on a vast trove of confidential tax returns and financial records, reveals that Mr. Trump received the equivalent today of at least $413 million from his father’s real estate empire, starting when he was a toddler and continuing to this day.

Source: Trump Engaged in Suspect Tax Schemes as He Reaped Riches From His Father – The New York Times

House Majority Leader Kevin McCarthy’s (R-Calif.) chances of ascending to the Speakership appear to rely increasingly on voters in his home state, where Republicans and Democrats are vying for control of seven seats held by GOP incumbents.

A massive influx of money, both to candidates and outside groups, has raised Republican fears that they may be outspent in the race’s final weeks.

GOP leadership wants to take up the nomination by the end of the week, and senators say they have been told to be “on call” to vote on Kavanaugh’s nomination during a rare weekend session.

But they’ve been wary of publicly locking down a timetable for floor action — beyond saying a vote will take place “this week.”

Source: Senate GOP coy on when final vote on Kavanaugh will happen | TheHill

Overall, the changes from the old NAFTA are mostly cosmetic. After a year and a half of negotiations, the three parties are going to end up with a new trade deal that looks remarkably similar to the old NAFTA.

The Trump administration got at least part of what it wanted. Coverage of the final U.S.-Canada talks have suggested it was a compromise outcome—the U.S. succeeded in winning a (modest) opening of the Canadian dairy market, while Canada persevered in preserving the Chapter 19 dispute settlement system and its special protections for Canadian cultural industries.

Source: 5 things to know about USMCA, the new NAFTA 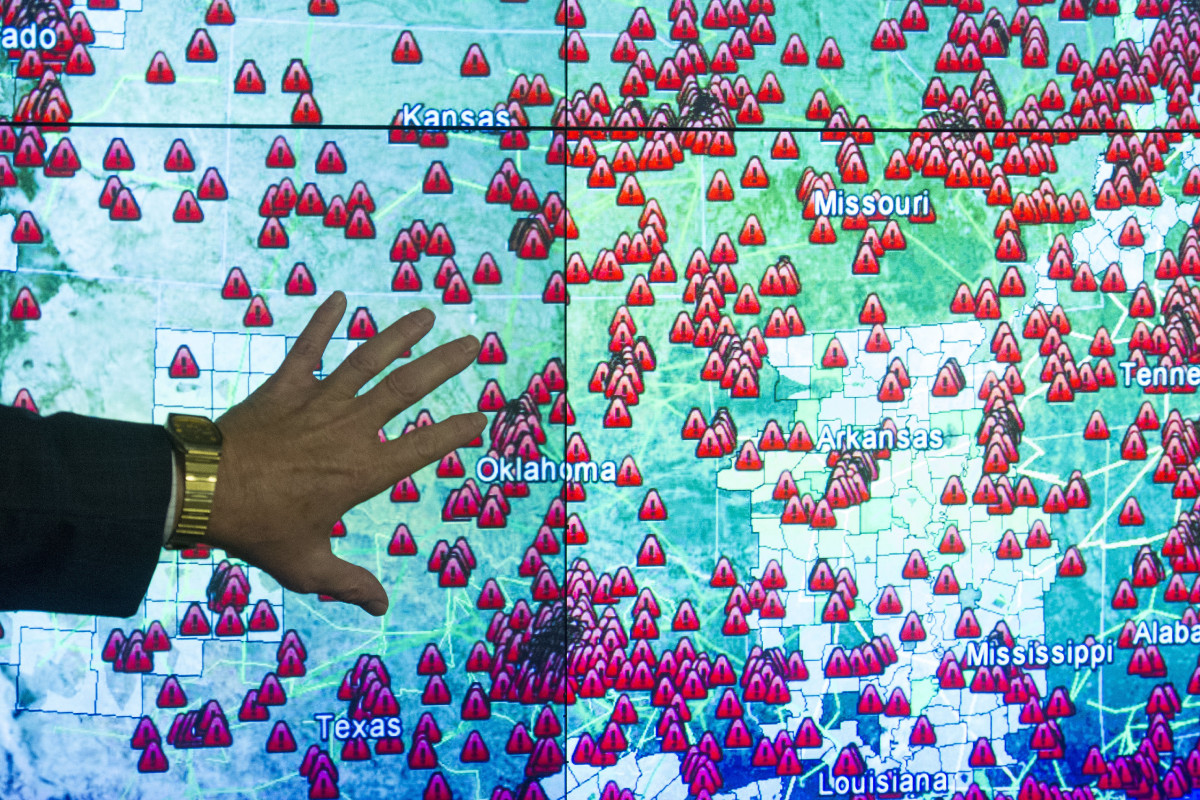 Cyberthreats have changed dramatically in recent years, but our national approach to cyber defense has not.

The Department of Homeland Security is currently the federal entity responsible for protection of critical infrastructure from cyberattacks; however, although Secretary of Homeland Security Kirstjen Nielsen has pursued a number of commendable cybersecurity initiatives, her agency has such a vast portfolio of responsibilities that it can’t possibly give cybersecurity the attention and resources it requires.

The department’s cybersecurity strategy was submitted over a year late, the organization lacks a sufficient “brand” to recruit and retain top talent, and many companies have proven reluctant to collaborate with it.

Source: The Case for a National Cybersecurity Agency

The White House has instructed the FBI to wrap up its probe by Friday, after which the bureau is expected to send a report to the Senate Judiciary Committee on its findings.

Should the FBI turn up evidence that corroborates the allegations against Kavanaugh or that casts doubt on his testimony, it could derail his nomination. But if the FBI report has the appearance of clearing Kavanaugh, it will pave the way for Republicans to secure key swing votes.

Either way, the investigation’s conclusion will carry massive political implications just more than a month from the November midterm elections.

Source: FBI in the eye of Senate storm | TheHill 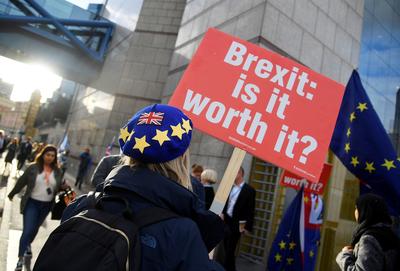 Almost everywhere one looks in Western politics this autumn, one finds ambitious politicians deliberately frustrating policymaking in the hope of personal or partisan gain.

You see it in the rise of the far right in Germany, Austria and Sweden, the politicking around refugees in Italy and, of course, in the U.S. Congress. Weaponizing fear, outrage, and most of all division, they are likely betting crisis or confrontation will win them the support of narrow but powerful factions and electorates, either handing them new power or entrenching their authority.

The problem is that they are very rarely good at it. Staying ahead of the maelstrom of political news, geopolitics, and the machinations of their rivals means such plans seldom work out as expected.

Nowhere is this more true than over Brexit … 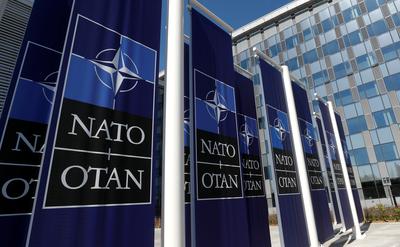 “We will formally announce that the United States is prepared to offer NATO its cyber capabilities if asked,” Katie Wheelbarger, the principal deputy assistant secretary of defense for international security affairs, told reporters during a trip to Europe by U.S. Defense Secretary Jim Mattis.

Wheelbarger said the United States will keep control of its people and capabilities but use them in support of NATO if asked. She added that it was a part of a British-led push to increase NATO’s cyber capabilities.

Source: With an eye on Russia, U.S. pledges to use cyber capabilities on behalf of NATO | Reuters