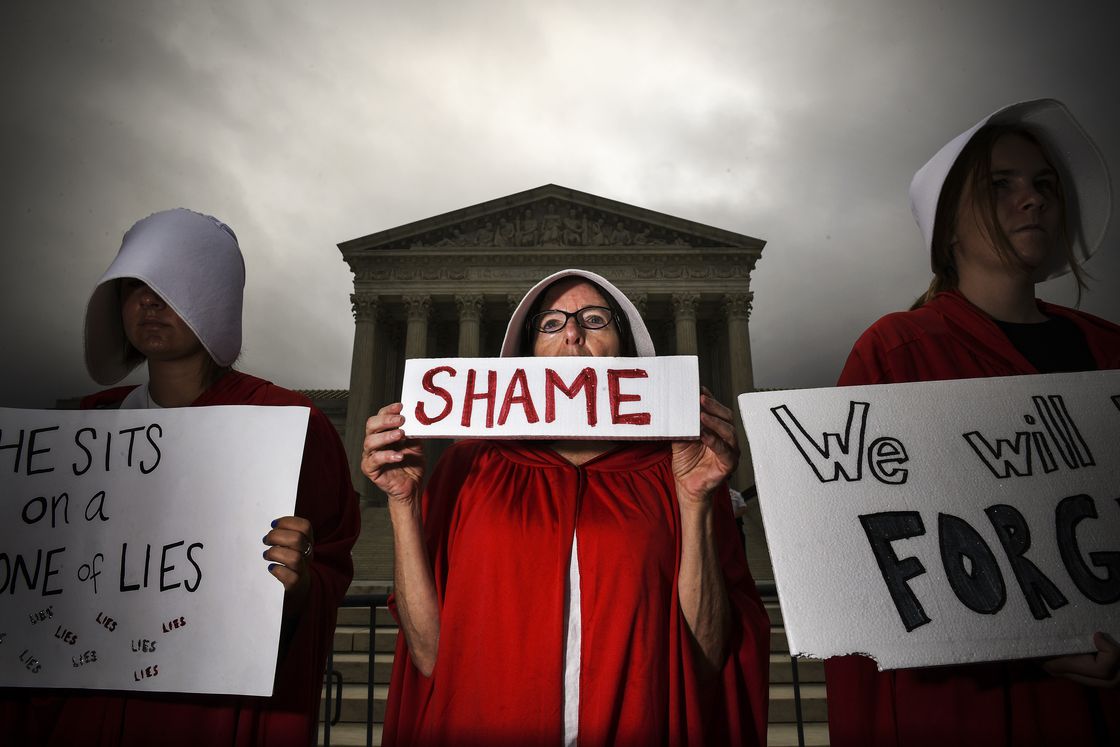 American politics is edging into an era of crisis.

A constitutional system built to calm the tensions of America’s founding era is distorting the political competition between parties, making the country both less democratic and less Democratic.

Since 2000, fully 40 percent of presidential elections have been won by the loser of the popular vote.

Republicans control the US Senate despite winning fewer votes than Democrats, and it’s understood that House Democrats need to beat Republicans by as much as 7 or 8 points in the popular vote to hold a majority in the chamber.

Next year, it’s possible that Republicans will control the presidency and both chambers of Congress despite having received fewer votes for the White House in 2016 and for the House and Senate in 2018. 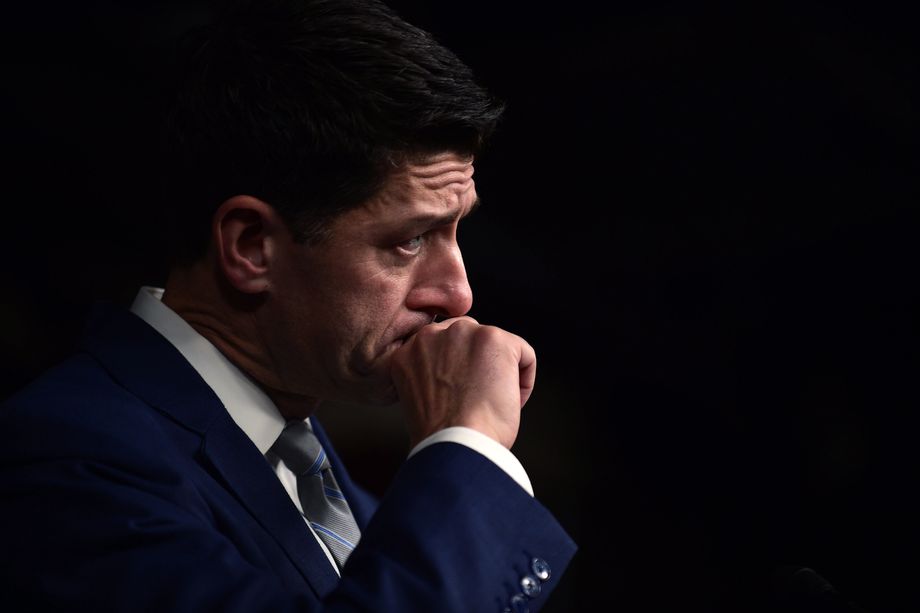 The magic number for Democrats is 24: that is, they need to pick up, on net, 24 seats from Republicans to cement a House majority.

Currently, there are not yet that many individual contests in which Democrats are believed to have a solid advantage over GOP candidates. If we exclude toss-up contests and look only at how many races are at least leaning toward flipping, the Cook Political Report currently has Democrats favored to gain 15 seats on net. FiveThirtyEight has them clearly favored to net around 22, which would be agonizingly close.

Yet here’s the thing: There are many more remaining toss-up and other competitive contests — and they’re overwhelmingly in Republican-held districts.

Source: Elections 2018: will Democrats take the House? The state of play, explained. – Vox 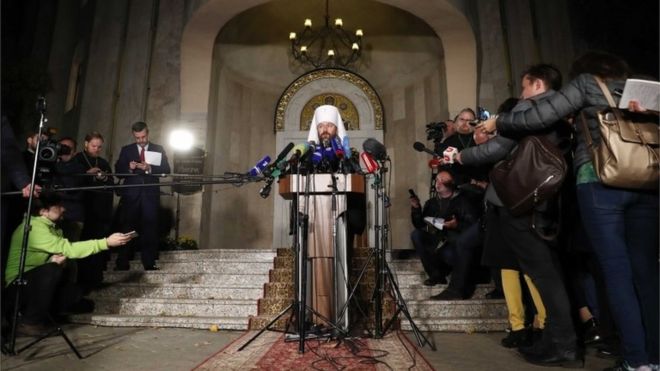 In a major religious split, the Russian Orthodox Church has cut ties with the body seen as the spiritual authority of the world’s Orthodox Christians.

The break came after the Ecumenical Patriarchate of Constantinople recognized the independence of the Ukrainian Church from Moscow.

The row is being described as the greatest Orthodox split since the schism with Catholicism in 1054.

The diplomatic crisis is putting a new spotlight on the Saudi kingdom’s massive presence in the U.S. tech sector.

The Saudi sovereign wealth fund owns stakes in a number of startups, including a substantial share of Uber, and industry giants have been courting the royal family, hoping to get a foothold in the country.

According to a new Wall Street Journal estimate, Saudi Arabia, through its Public Investment Fund (PIF), is the single largest source of venture capital for U.S. startups, including many prominent companies. 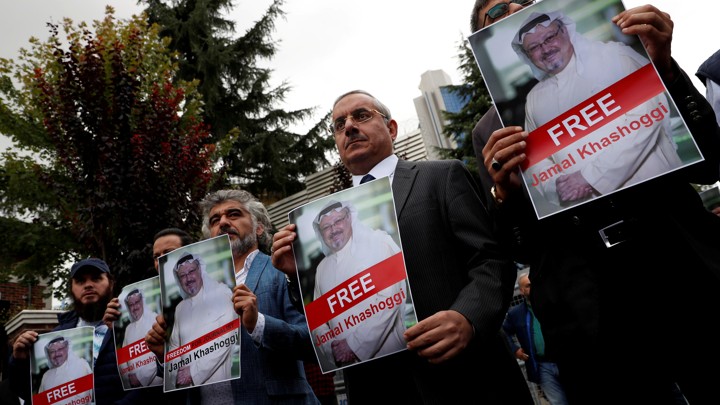 “There’s something … really terrible and disgusting about that, if that were the case. So we’re going to have to see. We’re going to get to the bottom of it and there will be severe punishment.”

(Trump reiterated that Washington won’t suspend arms sales to Saudi Arabia over the case, because, in his view, it would adversely affect the U.S. economy.) And, as if to ensure that the discussion of the case won’t end anytime soon, the state-run Saudi Press Agency quoted a source earlier Sunday as saying the kingdom rejects “threats or attempts to undermine it,” adding that the kingdom will “respond to any action with a bigger one.”

(A subsequent tweet Sunday from the Saudi Embassy in Washington later walked back that language.) The Trump administration is developing a new strategy for the war in Syria that would focus more heavily on pushing Iran’s military and its proxy forces out of the country, according to five people familiar with the plan.

The new strategy would not involve the U.S. military directly targeting and killing Iranian soldiers or Iran’s proxies, however, since that would violate the current U.S. authorization for using force in Syria.

The U.S. military does have the right of self-defense under the authorization, and could strike the Iranian military if it felt threatened.

Source: Trump administration has new plan to drive Iran out of Syria

While the red and blue teams seem to be fighting each other, they are allied in their war on the rest of us. Among the most subtle and insidious frauds perpetrated by the united political class is the notion that citizens are in a kind of agreement with the government.

You’re not in a contractual agreement with the government that creates obligations for it — only for you.

Source: Bipartisanship is a greater danger than political polarization | TheHill

With a rising tide of systemic threats, the “idea that is America” is drowning and we must act now to save it.

Our values, politics, economics, education and use of technology require attention — simultaneously and urgently.

Our starting point must be an awakening of American values. Building awareness and consensus on what is important to us — what life, liberty and the pursuit of happiness really mean — is the essential first step.

Our political system is complex and interacts with others, such as our economic system, that profoundly influence life in our country. A lot of wisdom and understanding of human nature was built into it.

Today, it is failing.

Source: To save America, we must repair and modernize our politics | TheHill

Republicans who support President Donald Trump have grown fearful that the White House is unprepared for the onslaught that may await them in January.

If a “blue wave” succeeds in giving the Democrats control at least of the House of Representatives in the midterm elections in November, Democrats will have the power to subpoena documents and force administration officials to testify about a slew of scandals, including aides using private email for government business, agencies spending taxpayer money at Trump resorts and sexual assault allegations involving his recent Supreme Court appointment, Brett Kavanaugh.