These proposals have been roundly criticized for their seeming elitism, working on a life raft for the few while most people are left to die.

(Musk contests that, saying that it’ll be adventurous people, not elite ones, who populate Mars.)

I was interested in another angle: Would this even work? If you have a few billion dollars to throw at the problem of getting humanity through the next centuries alive, is a Mars colony a reasonable place to spend it? 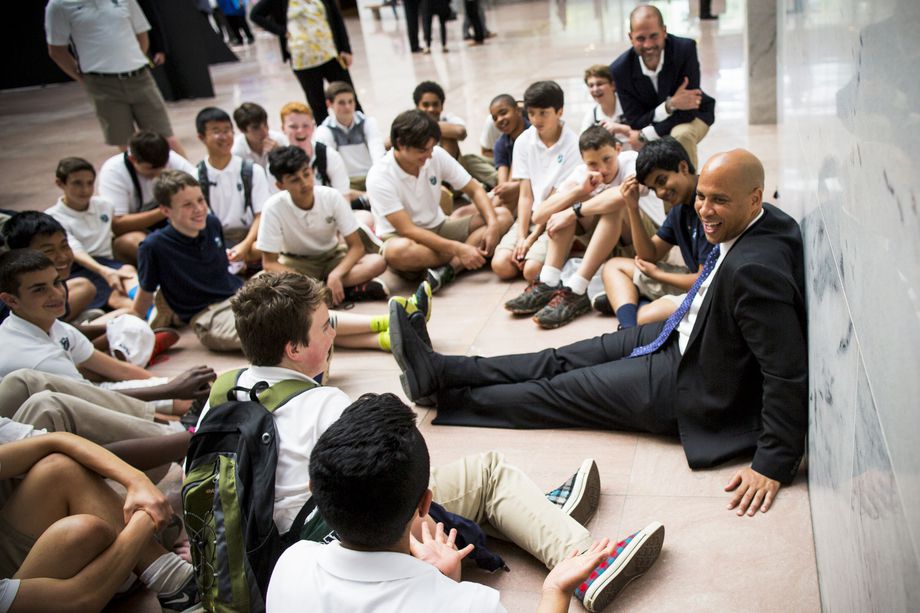 Sen. Cory Booker (D-NJ) is introducing a bill aimed at closing that gap. His idea is to give lower-income kids a sizable nest egg (nearly $50,000 in some cases) that they could use for wealth-building purchases, like a down payment on a house or college tuition.

These “opportunity accounts” would, theoretically, make sure all children have significant assets when they enter adulthood, rather than just those who grow up in wealthier homes.

The modern state of Japan came into being on Oct. 23, 1868, when the Edo era ended and the Meiji emperor ascended to the throne.

The Meiji Restoration, as the event came to be known, marked the start of Japan’s ambitious rise to a global power that, for the first time in history, would see an Asian country stand shoulder-to-shoulder with European powers—which, while a source of pride for many Japanese (and even for some in neighboring countries), also culminated in Japan’s destructive quest for empire in the following century.

While Japan’s rapid rise to become one of the world’s most powerful countries is nothing short of remarkable, its history of conquest has made the legacy of Meiji an uncomfortable one in the post-war era.

Source: What to know about the Meiji era as modern Japan turns 150 — Quartz

The populist government of M5S and Lega is ideally placed not only to benefit from these upcoming political storms, it may also seek to artificially manufacture such crises for its own political gains, in what resembles a self-fulfilling prophecy.

Currently, there are strong tensions within financial markets, particularly with regard to Italian public debt. Similar tensions also befell the Berlusconi-led government in 2011, leading to a political crisis.

Strategically, the governing populist coalition may see Italy’s poor economic conditions as a unique opportunity to use the financial markets as an ‘alibi’ for broken promises (for example on the flat tax, basic income and pension reforms).

They may seek to place the blame on (a) EU austerity policies, alongside the (b) the perpetual weakness of mainstream center-right and left parties.

For solid majorities of battleground, independent and Democratic voters — and half of Republican voters — a candidate’s position on pre-existing conditions protections is “the single most important” or “a very important factor” in their vote this election.

Republicans have taken a few steps  to destroy the pre-existing conditions protections that millions rely upon.

Source: GOP has worked in plain sight to rip health care away from Americans | TheHill

.. Indeed, China’s growing missile forces have been worrisome for U.S. military strategists for nearly a decade. Perhaps the greatest example is one specific weapon, the DF-21D missile, what many weapons experts call the “carrier-killer.”

The missile, in development since the mid-1990s, is a response to China’s being unable to hold at risk U.S. aircraft carrier battle groups deployed near its coastline during the Taiwan Crisis of 1995-1996.

Fired from land from a specialized truck, the missile, in theory, can strike an ocean-going naval vessel from up to 1,000 miles away, descending on its target at speeds up to Mach 10. Some experts consider the weapon almost revolutionary, as China can build such missiles cheaply, leading some to theorize that U.S. Navy aircraft carriers are as obsolete as a World War II-era battleship.

From here it gets worse.

Saudi Arabia is a source of bipartisan frustration on Capitol Hill, where senators have ranged from deeply skeptical to openly rejecting the Saudi narrative that the Washington Post columnist and U.S. resident died in a “fight,” and that Crown Prince Mohammed bin Salman did not sign off on the killing. 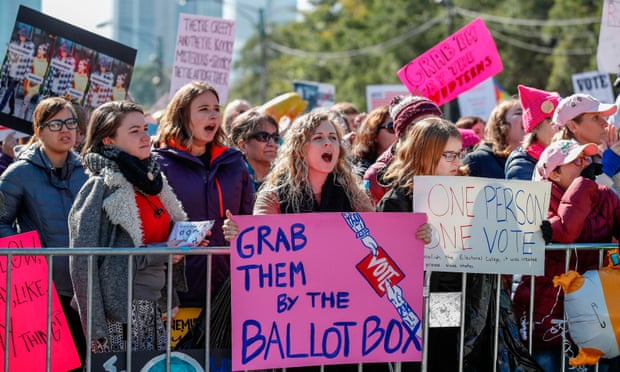 The upsurge in support for women’s rights has terrified the Trump administration, and they’ve been working furiously to push a dishonest narrative to invalidate and down-splain our powerful demonstrations.

Every lawmaker who continues to do this, or to advance policies that harm women, workers, the environment, and our democracy will pay the price at the ballot box. Because women are outraged, and they will turn out to vote in force to replace them in Congress and throughout the federal government.

Source: The women’s wave is coming. Republicans should be worried | Linda Sarsour, Winnie Wong and Tamika Mallory | Opinion | The Guardian More striking, several of the issues that rank among the most serious problems among Democratic voters – including how minorities are treated by the criminal justice system, climate change, the rich-poor gap, gun violence and racism – are viewed as very big problems by fewer than a third of Republican voters.

For example, 71% of Democratic voters say the way racial and ethnic minorities are treated by the criminal justice system is a very big problem for the country, compared with just 10% of Republican voters. 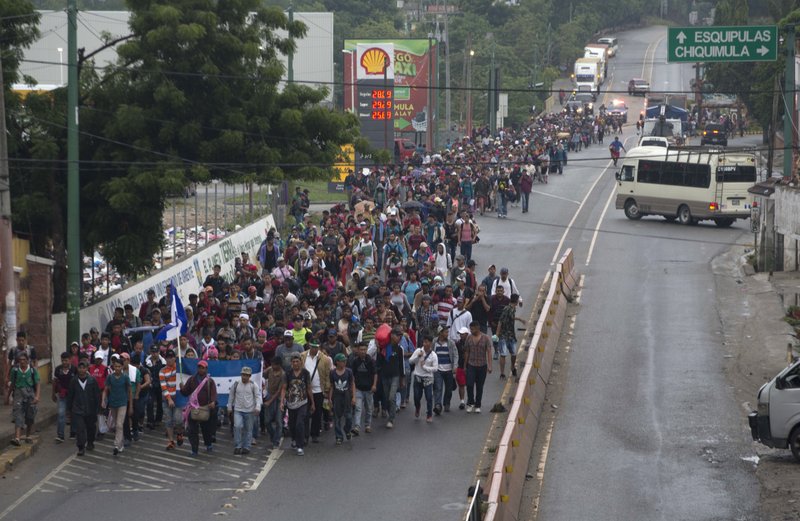 The caravan’s numbers have continued to grow as they walk and hitch rides through hot and humid weather, and the United Nations estimated that it currently comprises some 7,200 people, “many of whom intend to continue the march north.”

However, they were still at least 1,140 miles (1,830 kilometers) from the nearest border crossing — McAllen, Texas — and the length of their journey could more than double if they go to Tijuana-San Diego, the destination of another caravan earlier this year.

That one shrank significantly as it moved through Mexico, and only a tiny fraction — about 200 of the 1,200 in the group — reached the California border.

Source: Over 7K-strong, migrant caravan pushes on; still far from US