The hurricanes that slammed into U.S. coastlines this summer suddenly gathered strength before they landed.

Hurricane Michael earlier this month, Florence in September, and last summer’s devastating quartet of Harvey, Irma, Jose and Maria saw their sustained wind speeds abruptly multiply in a matter of days or, in the case of Florence, mere hours. Michael transformed from a Category 1 to a Category 5 in less than two days. Florence swelled from a Category 2 to a Category 4.

Hurricane Willa, like Michael and Florence in the Atlantic, abruptly became a Category 5 tempest in barely two days earlier this week, with its sustained winds quadrupling from 40 mph to 160 mph.

Google reportedly gave Android creator Andy Rubin $90 million in severance pay when he left the company in 2014 following a sexual misconduct allegation, despite having no contractual obligation to offer the money.

Today, however, China faces a backlash to BRI at home and abroad. Many Chinese complain of the initiative’s wasteful spending.

Internationally, some of the backlash is geopolitical, as countries grow wary of Beijing’s growing influence. But much of it is simply political.

Unlike Western lenders, China does not require its partners to meet stringent conditions related to corruption, human rights, or financial sustainability. This no-strings approach to investment has fueled corruption while allowing governments to burden their countries with unpayable debts.

And citizens of many BRI countries have reacted with anger toward China—an anger that is now making itself felt in elections.

Far from expanding Chinese soft power, the BRI appears to be achieving the opposite.

Source: Why Countries Are Turning Against China’s Belt and Road

When future generations look back on 2018, it could well be as the year in which the relationship between the two great powers of the twenty-first century—the United States and China—shifted from peaceful coexistence to a new form of confrontation, although its final trajectory remains far from certain.

The vice president’s speech is the latest in a long line of authoritative statements and policies from the Trump administration redefining future U.S. strategy toward China.

Source: How the United States Can Avoid an Avoidable War with China

“If you come from a poor family, you really only have single card to play: a good school,” Andreas Schleicher, director for education and skills at the at the Organization for Economic Co-operation and Development, which published the report Tuesday, said during a press call.

“If you miss that boat, you’re unlikely to get a second chance. So providing more equitable education is certainly our most powerful bet to creating a more level playing field.”

Source: Across the World, Where Kids Go to School Matters | Education News | US News

When the ACT recently released test results from the graduating class of 2018, it roiled the higher education community: For a second year in a row, the number of test-takers dropped – this, after more than a decade of consecutive climbs.

Much more concerning, however, were readiness levels in math and English, which continued a downward slide dating to 2014. This year, math scores dropped to a 20-year low.

The news reignited concerns over whether there’s a mismatch between what students learn in school and what college entrance exams ask of them, whether the tests are an accurate barometer of college readiness, and – from an equity standpoint – whether the tests present an advantage to those with more means.

A change of leadership occurred at the NRA’s annual convention in 1977 in Cincinnati.

A group of dissidents within the NRA felt the leaders were out of touch, not political enough and that the NRA wasn’t stepping in to defend gun owners, This dissident faction took over, and since then, the NRA became more political.

So the 1968 law was part of a larger political process that eventually led to a change of leadership within the NRA.

If you look back on the human waste of the past 17 years and are not filled with rage, is there not something wrong with you?

And if you want to be honest in public debate, if you don’t want to engage in the kind of lies and obfuscations and doublespeak proliferating across our body politic, don’t you have to let that rage slip into your speech?

It’s a fair point. Rage seems like a perfectly natural and justified response to our broader political dysfunction. From health care to tax policy to climate change, we are failing to meaningfully address issues whose impact can be measured in human lives.

But performative rage is fun for both sides.

Source: Public Rage Won’t Solve Any of Our Problems | Time

YouTube is outpacing its social media rivals when it comes to curbing the spread of misinformation during breaking news events, while Facebook and Twitter are still struggling.

From this week’s bomb scares to news of a migrant caravan slowly making its way toward the U.S., misinformation and hoaxes have run rampant on most social media platforms.

Source: YouTube winning race to clamp down on misinformation | TheHill 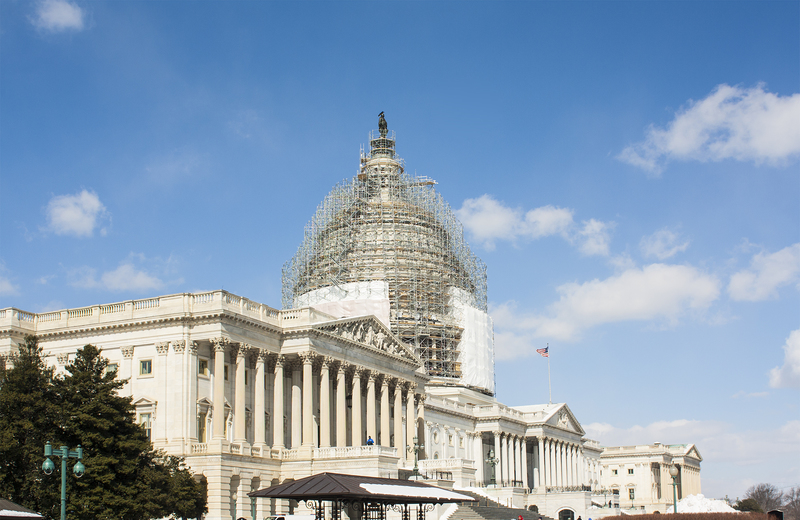 Democratic takeover of the U.S. House would provide much-needed oversight of the Trump administration, but with the Senate likely staying in Republican hands, the chances of passing meaningful legislation in the next two years are slim.

And if House Democrats run amok with investigations or launch premature impeachment proceedings, it’ll only widen the tribal divide that afflicts the country.

Source: Reform Movement Picks Up Steam Ahead of Midterms | RealClearPolitics