Facebook is a company that has lost control—not of its business, which has suffered remarkably little from its series of unfortunate events since the 2016 election, but of its consequences.

Its old slogan, “Move fast and break things,” was changed a few years ago to the less memorable “Move fast with stable infra.” Around the world, however, Facebook continues to break many things indeed.

Mark Zuckerberg now spends much of his time apologizing for data breaches, privacy violations, and the manipulation of Facebook users by Russian spies.

This is not how it was supposed to be.

A decade ago, Zuckerberg and the company’s chief operating officer, Sheryl Sandberg, championed Facebook as an agent of free expression, protest, and positive political change.

To drive progress, Zuckerberg always argued, societies would have to get over their hang-ups about privacy, which he described as a dated concept and no longer the social norm. “If people share more, the world will become more open and connected,” he wrote in a 2010 Washington Post Op-Ed.

Source: The Autocracy App | by Jacob Weisberg | The New York Review of Books

Donald Trump, in truth, represents a great stroke of luck for Europe.

His repeated casting of doubt over the American military protection granted to the old continent since the end of the second world war is a powerful invitation for us to construct at last a defense and security policy independent from the US.

What’s more, this is a terrain on which France is well-placed to play a leadership role in Europe.

At the same time, Trump’s aggressive trade policy vis-à-vis countries showing trade surpluses in their commercial dealings with the US might finally force our German neighbors to accept a change in economic policy in Europe so as to grow domestic demand here to avoid the possibility they are no longer able to sell cars across the Atlantic.

Vladimir Putin’s aggression towards the EU does not simply pose a serious geo-strategic threat on its eastern flank but also prevents countries in central and east Europe from pushing their euroscepticism too far and taking head-on west European countries.

The study, carried out with leading legal academics and experts, saw the LawGeex AI achieve an average 94% accuracy rate, higher than the lawyers who achieved an average rate of 85%.

It took the lawyers an average of 92 minutes to complete the NDA issue spotting, compared to 26 seconds for the LawGeex AI.

Source: 20 top lawyers were beaten by legal AI. Here are their surprising responses

The second development that has lit up this increasingly linked and animated extremist world is the advent of Donald Trump.

The statistics demonstrate clearly that the biggest bump in hate crimes in recent history coincides with the period since his presidential campaign began.

This is not just a matter of correlation but causation.

Source: Tree of Life Synagogue: Why Terror Is Rising in America | Time 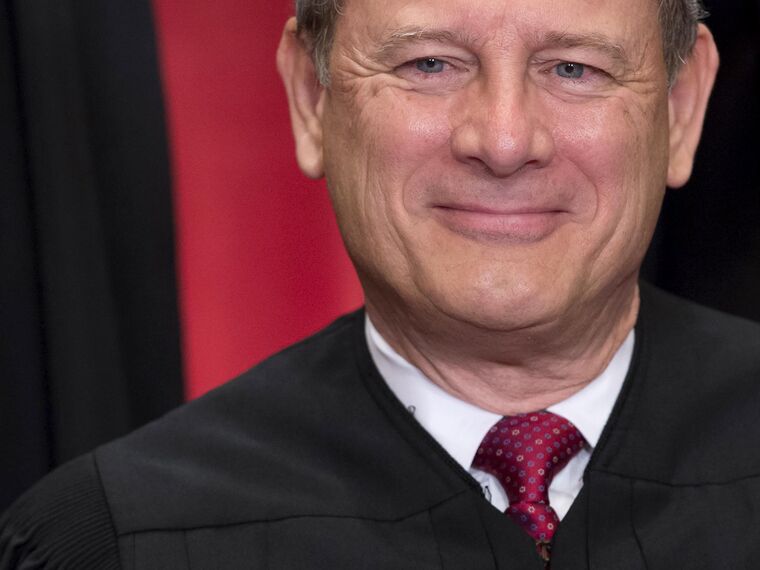 The stakes could hardly be higher. The court is being called on — or will be soon — to rule on abortion, guns, gay rights, religious freedom, campaign finance, voting rights, government regulation and presidential power.

In each area, conservative legal advocates have blazed a clear path they want the court to take. And in each, Roberts seems at least pointed in that direction.

But Roberts, 63, has also made himself the chief guardian of the court’s institutional standing, one who worries about any perception of it as a partisan body.

In this and every election, both sides devote huge resources to getting their partisans to turn out and vote — “motivating the base,” in the jargon of politics.

But in many close races in California and around the country, a different group, those who don’t like either party or its leaders, could hold the decisive votes.

The “hold your nose and vote” brigade makes up a sizable chunk of the electorate, according to the latest USC Dornsife/Los Angeles Times poll.

Source: In a highly partisan era, those who dislike both sides could have the deciding votes – Los Angeles Times 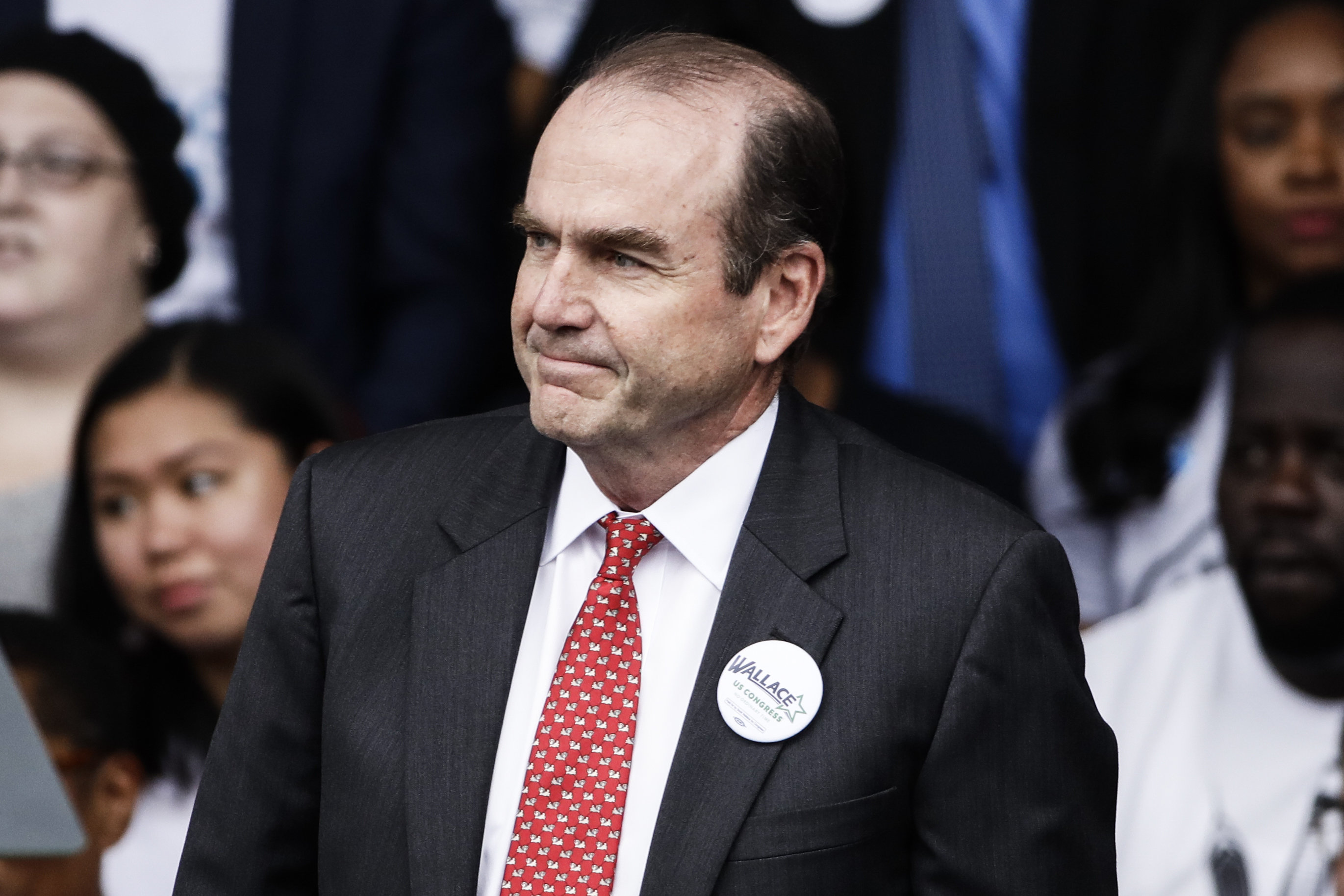 Democrats are on the verge of winning back control of the House of Representatives because of suburbs like this one.

The sheer number of competitive Republican-held seats in suburban areas, from Orange County, California, to Loudoun County, Virginia, makes it likely, although not certain, that Democrats will win the 23 seats they need to take control of the House in January 2019.

Source: The Midterms Loom. Here’s Where Dems’ Fight For The House Will Be Decided. | HuffPost India

One week before Election Day, Democrats and Republicans across the country see an expanding battlefield for the House majority that hints at a tumultuous and unsettled environment rocked by political violence and ethnic strife.

Republicans, for their part, discount the notion that a real national wave is in the offing, pointing to Trump’s approval rating, which has risen somewhat, and poll numbers that show the Democratic advantage in the so-called generic ballot matchup stagnating or even shrinking.

But to judge by deeds instead of words, even Republicans see a need to shore up vulnerable incumbents and seats once deemed safe.

Angela Merkel is known to be unflappable under pressure. But what makes her a rarity among politicians is that she knows when to concede defeat with dignity.

The morning after her unpopular grand coalition was trounced in a bellwether election, Germany’s chancellor, in her 18th year as chair of the Christian Democratic Union (CDU) and her 13th as head of the government, announced she would not stand for re-election as party chair in December, run for a fifth term as chancellor, or seek a top EU job in Brussels.

Who becomes the next CDU chair is now the all-consuming question in Berlin. 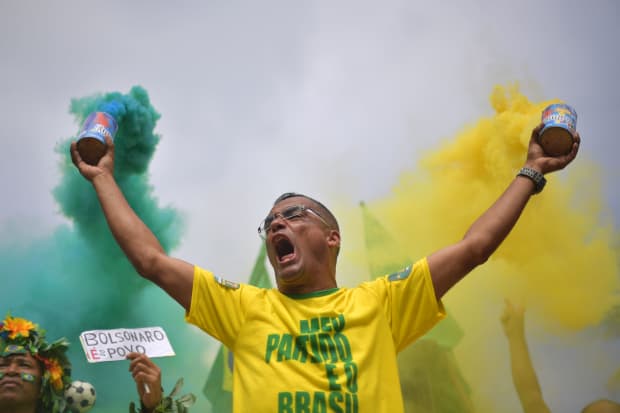 Jair Bolsonaro, a 63-year-old congressman who had strong evangelical backing for his law-and-order stance on policing, support for gun rights, and opposition to abortion, won 55 percent of votes. Bolsonaro’s leftist competitor, Fernando Haddad, a former education minister and ex-mayor of São Paulo, received 45 percent of the roughly 100 million ballots cast.

Source: What Does the Election of Jair Bolsonaro Mean for Brazilian Democracy? – Pacific Standard