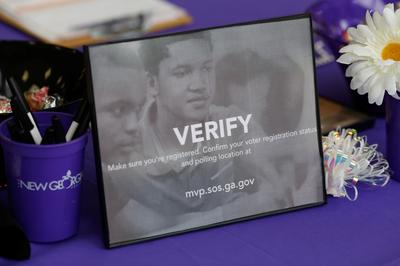 Voters in established democracies are accustomed to going to the polls to choose between parties with competing visions, programs or ideologies. For those who live in countries where freedoms are limited, however, the choice at the ballot box often is not about candidates or issues but about free and fair elections – and even the right to vote. Is the United States heading in that direction?

As Americans prepare to make their choices in the Nov. 6 pivotal midterms, there are substantive issues like climate change and immigration policies that separate the two main parties.

But to an extent that is unprecedented in the post-Civil Rights era, the issue of democracy itself has unmistakably crept on to the U.S. ballot.

Source: Commentary: Is the U.S. still a real democracy? | Reuters