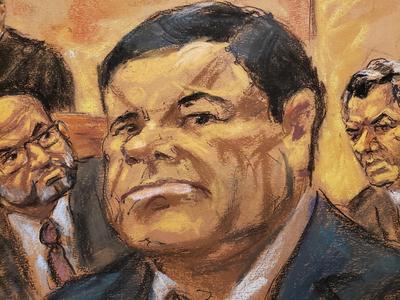 News of the conviction of Mexico’s legendary crime boss Joaquin “El Chapo” Guzman traveled quickly on Tuesday to his rugged home state, where people said they felt pain for a man some described as a fallen folk hero and community benefactor.

Guzman was found guilty of smuggling tonnes of drugs into the United States over a decades-long career built on deadly intimidation and bloody turf wars as he moved illicit shipments across continents at lightning speed.

“Trafficking drugs will continue,” said Gildardo Velazquez in Cuiliacan, the state’s humid capital. “Nobody can stop it. Even now that they’ll give him the life sentence they think he deserves, it’s not going to change anything here.”

READ  Pardon Bush and Those Who Tortured | NYTimes.com
Powered by Inline Related Posts