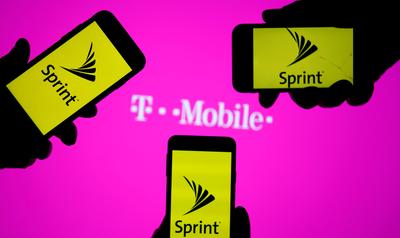 Growing skepticism from the U.S. Department of Justice’s antitrust staff over the impact of the merger on competition in the market will test the resolve of the companies to complete the deal that would see the top U.S. wireless carriers shrink to three from four. 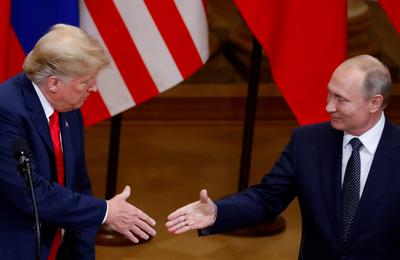 Special Counsel Robert Mueller and other U.S. prosecutors have been investigating whether President Donald Trump’s 2016 campaign conspired with Russia. Trump and Moscow have denied any collusion.

Here are some key interactions between Trump advisors and Russian figures that have been unearthed by Mueller’s probe and investigations in Congress. .. some experts argue that Barr’s previous work in the private sector could conflict with his continuing supervision of the investigation into Russian tampering in the 2016 election campaign.

Why? A few of Barr’s previous employers are connected to key subjects in the probe. And some argue that, even if Barr didn’t break any rules, his financial ties to companies linked to aspects of the Russia investigation raise questions about whether he should—like his predecessor, Jeff Sessions—recuse himself.

The Defense Department’s investment in artificial intelligence and battlefield autonomy starts in the lab, but not much if it stays there.

“This is all a part of operationalizing autonomy,” Lt. Col. Philip Root, acting deputy director of the Defense Advanced Research Projects Agency’s Tactical Technology Office, told FCW. “Those words really mean something to me. ”

Autonomy, which Root called AI in practice, “means experimenting with [the application] until it actually becomes useful. That takes a different kind of commitment.”

DARPA’s Aircrew Labor In-Cockpit Automation System (ALIAS) project sets out to make autonomy the battlefield norm and is expected to complete its first fly-by-wire experiment led by Sikorsky in May or June. A demo will come later this fall.

Yahoo News has put together a list of three dozen such operations across the continent.

The code-named operations cover a variety of different military missions, ranging from psychological operations to counterterrorism. Eight of the named activities, including Obsidian Nomad, are so-called 127e programs, named for the budgetary authority that allows U.S. special operations forces to use certain host-nation military units as surrogates in counterterrorism missions.

The General Services Administration’s 15-year, $50 billion next-generation telecommunications contract will be key for agencies implementing emerging secure network architectures that literally “trust no one,” according to a new white paper.

With its cadre of software-defined network (SDN) services and other advanced networking capabilities, the GSA’s Enterprise Infrastructure Services contract “is one of the core components of any zero-trust network,” Department of Education Chief Information Security Officer Steven Hernandez said at an April 17 ACT-IAC telecommunications and cybersecurity community of interest meeting.

Ahead of European Parliament elections next month and the American presidential contest in 2020, Putin’s online armies are auditioning their tactics in Ukraine.

Kyiv isn’t just the laboratory for Russia’s information warfare tactics, though; it’s also a proving ground for possible solutions, where officials such as Zolotukhin, Ukraine’s deputy minister of information policy, struggle to walk the line between defending democratic discourse and trampling freedom of speech.

As the United States prepares for another contentious presidential race and social-media regulation looks inevitable, the Ukrainian government’s efforts highlight how difficult it is to fight disinformation in a polarized information environment.

Source: Ukraine’s Election Is an All-Out Disinformation Battle – Defense One

The projected cost of new intercontinental ballistic missiles is expected to rise due to improvements needed to the Cold War-era silos that house the weapons, the commander of the U.S. Air Force nuclear weapons arsenal said Wednesday.

But, Gen. Timothy Ray, head of Air Force Global Strike Command, said the price tag for the ICBMs — and the cost to maintain them over decades — is expected to be less than predicted.

The sum total of those changes means taxpayers should get a cheaper ICBM program than previously expected. 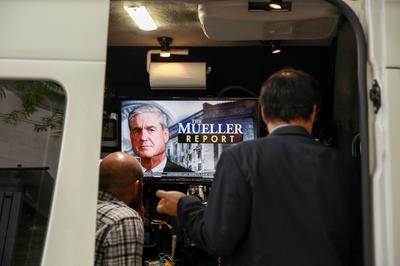 In a watershed moment for Donald Trump, Special Counsel Robert Mueller’s report on Russia’s role in the 2016 U.S. election finally will be made public on Thursday, offering extensive details about an inquiry that has shaken his tumultuous presidency.

Attorney General William Barr plans to release the nearly 400-page report detailing Mueller’s 22-month investigation into the Trump campaign’s contacts with Russia and questions about obstruction of justice by the president.

The people of Sudan have earned the world’s admiration and respect. Their bravery, persistence, unity, and discipline have achieved what for so many years had seemed impossible – the end of Omar al-Bashir’s decades-long, brutal presidency.

It has been especially moving to see the prominent role of Sudanese women, many of whom suffered so deeply under Bashir’s rule, in the mass movement that brought Sudan to this moment.

But the struggle for Sudan’s future is far from over. Now more than ever, the Sudanese people need international support to push for real change in the country, not just a shuffling of personalities at the top.

Source: President Omar al-Bashir Is Out. What Is Next for Sudan? | Council on Foreign Relations