Foreign policy is like physics: vacuums quickly fill. As the United States retreats from the international order it helped put in place and maintain since the end of World War II, Russia is rapidly filling the vacuum.

Federiga Bindi’s new book assesses the consequences of this retreat for transatlantic relations and Europe, showing how the current path of US foreign policy is leading to isolation and a sharp decrease of US influence in international relations.

In recent years, the Pentagon has elevated its concerns about Russia and China as potential military threats to the United States and its allies.

But what issues could provoke actual conflict between the United States and either country?

And how could such a conflict be contained before it took the world to the brink of thermonuclear catastrophe, as was feared during the cold war?

Populists may often thrive with simple narratives. But Sheri Berman warns that simple explanations of populism itself will not pass muster.

Understanding the rise of populism is among the most urgent tasks facing social scientists and concerned citizens today.

Accounts based on economic grievances are popular among economists who argue that globalization, income stagnation, the decline of well-paying, blue-collar jobs, increasing inequality and deepening divisions between dynamic metropolitan regions and stagnating mid-size cities and rural areas have generated a growing number of voters who feel ‘left behind’.

The financial crisis accelerated these trends, pushing even more voters to the extremes.

Source: Populism and the embrace of complexity • Social Europe

Automation, robots and globalization are rapidly changing the workplace and governments must act fast and decisively to counter the effects or face a worsening of social and economic tensions, the OECD warned.

Almost half of all jobs could be wiped out or radically altered in the next two decades due to automation, the Paris-based group said in a report on Tuesday. According to OECD Labor Director Stefano Scarpetta, the pace of change will be “startling.”

Safety nets and training systems built up over decades to protect workers are struggling to keep up with the “megatrends” changing the nature of work, the OECD said.

While some workers will benefit as technology opens new markets and increases productivity, young, low-skilled, part-time and gig-economy workers are vulnerable.

A week after the New York City Council approved a landmark set of bills aimed at mitigating global warming – including a requirement that the largest buildings in New York reduce their carbon emissions by 80 percent in the next 30 years – the C40 Cities Climate Leadership Group is already getting calls from its member cities around the world asking what they can do to follow New York’s lead.

“I think what New York has done is globally significant,” says David Miller, former mayor of Toronto and North American regional director for C40, a group of cities coordinating strategies to meet the goals of the Paris Agreement.

“It’s really a huge step forward, using the city’s powers and influence to directly address a huge source of greenhouse gas emissions without waiting for the national government or the international community to act.”

The number of security contractors the military employs in Afghanistan is higher now than at any time since President Barack Obama declared an end to combat operations in the country in 2014, Defense Department documents show.

More than 5,800 privately employed security personnel are currently operating in Afghanistan under Pentagon contracts, according to the latest report released this month that the military headquarters overseeing Middle East wars compiles for Congress.

The number of security contractors jumped by more than 1,000 in the three months since the last report – a spike of more than 20 percent and the biggest increase in two years. 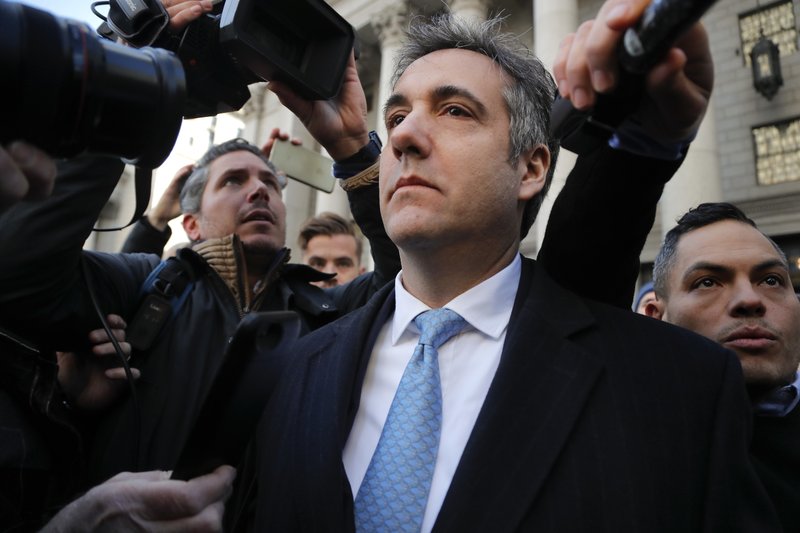 President Donald Trump’s prison-bound former lawyer told actor Tom Arnold last month that he pleaded guilty to some crimes he didn’t commit so his wife wouldn’t “get dragged into the mud of this crap.”

Michael Cohen told Arnold “they had me on campaign finance” for arranging hush-money payments to two women who claimed to have had affairs with Trump, but denied committing tax evasion and called a crime related to a home equity line of credit “a lie.” 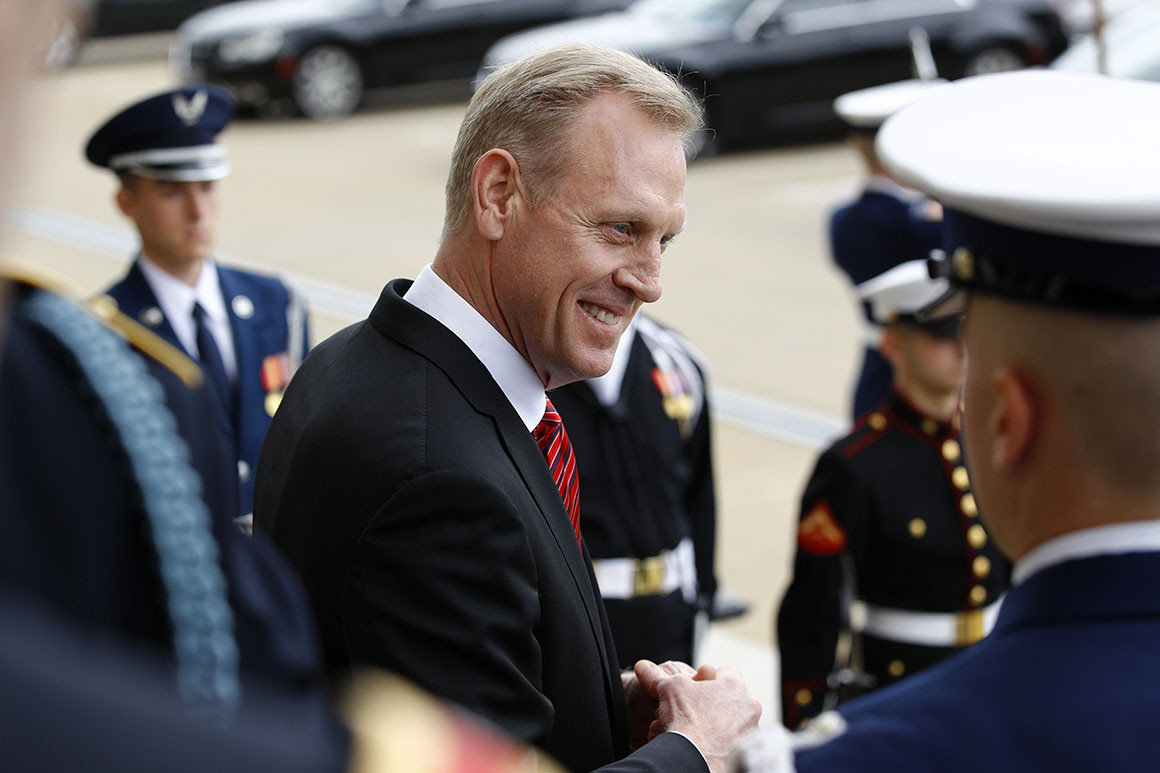 The problem is most acute in the Office of the Secretary of Defense, where Shanahan is one of eight such unconfirmed officials out of 24, including his civilian number two. The department’s number three civilian job, the chief management officer, is also filled on an acting basis.

President Donald Trump himself has said that he prefers having top officials in his administration serving in a placeholder capacity because it gives him “more flexibility.” And White House counselor Kellyanne Conway on Wednesday reportedly insisted that “none of the work is impeded” at the Pentagon as a result. 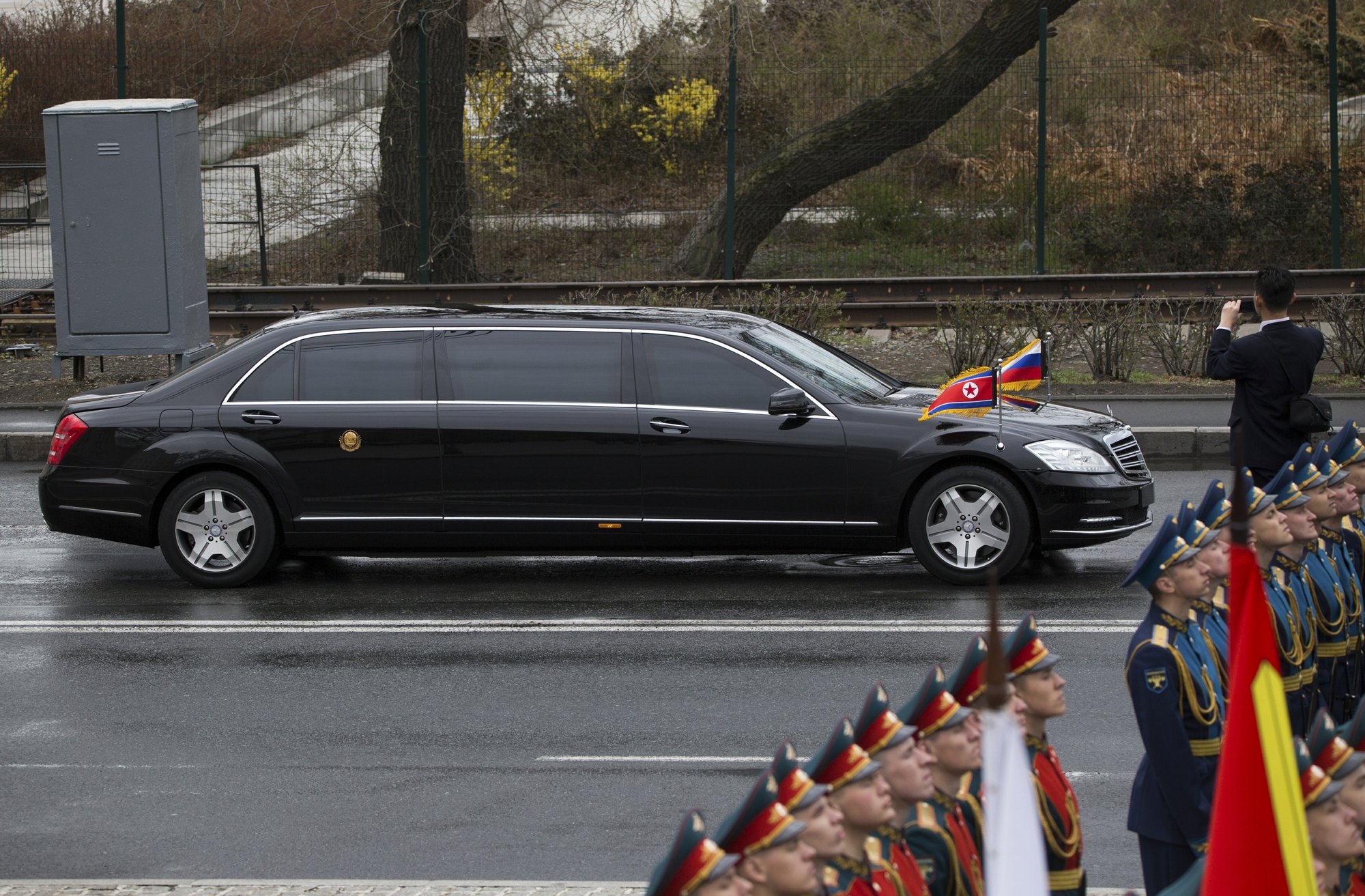 Kim’s ability to procure the limousines anyway is a good example of how porous the international sanctions tend to be.

According to Daimler, the Mercedes-Benz Pullman limousines offer their passengers “a superbly appointed setting for discreet meetings.”

The version used by Kim is believed to be equipped with all the key communications and entertainment systems so that, according to a company description of the car, its occupants can remain “fully in touch with the rest of the world while enjoying the luxury and comfort of their own very special place in it.”

Source: Daimler says it has no idea how Kim Jong Un got his limos

Did the Russian military just concede that militarized artificial intelligence should be subject to international regulation?

“We believe that it is necessary to activate the powers of the global community, chiefly at the UN venue, as quickly as possible to develop a comprehensive regulatory framework that would prevent the use of the specified [new] technologies for undermining national and international security,” Russian Security Council Secretary Nikolai Patrushev said on Wednesday at an annual international-security conference in Moscow, according to state media.

“Modern technologies make it possible to create attack instruments with the use of artificial intelligence, genetics, and synthetic biological agents—they are often as deadly as weapons of mass destruction.”

Source: Did Russia Just Concede a Need to Regulate Military AI? – Defense One