When crisis strikes, governments around the world are increasingly reaching for the switches that limit or halt their citizens’ access to the internet.

In 2016, there were 75 such cutoffs; last year, there were 188, according to the advocacy group Access Now. Just in the past two months, the governments of Sri Lanka, Venezuela, Indonesia, and others have temporarily reduced or eliminated connectivity to large swaths of their populations.

Ostensibly, such cutoffs prevent the spread of disinformation, maintain public safety, and preserve law and order. In reality, they may do the opposite — and the U.S. national security community needs to understand why.

No country appears to use its cutoff switches more than India, which has executed nearly half of the known shutdowns.

Source: There’s Too Little Outcry When a Government Blocks the Internet – Defense One

Somewhat surprisingly, he also suggested that the government would seek to enshrine and protect new intellectual property and citizens’ rights.

As related by TASS, a government information agency, Putin’s May 30 speech revealed a few details about the strategy, which is expected in June.

Russian academics, officials, and businesspeople have been steadily building up to this point, holding conferences, events, and making public statements about the need to develop national AI infrastructure.

In the aftermath of last weekend’s elections for the European Parliament, the political landscape here in France and across the continent has shifted, experts say, with the surprising showing of the Green parties here and in other countries symbolic of a public turning away from traditional centrist political parties.

Such a voter endorsement may impact climate change policies in France and throughout Europe, which could in turn risk inciting and re-energizing the populist Yellow Vest movement, political observers here say.

Already, pundits have noted that the election results are evidence of an increasingly divided France.

In her new book, “Cities: The First 6,000 Years,” University of California—Los Angeles-based anthropologist Monica Smith plums the history of urban settlements, puncturing some myths along the way.

While we’re often drawn to the romantic notion of lost cities, she notes, most major ancient cities have survived to this day.

Great cities are among our sturdiest survivors, she argues, because they serve a crucial role. That’s why more than half the world’s population now lives in cities, and that proportion will only rise in coming decades.

Source: How Ancient Cities Give Us Insight on Our Own | Cities | US News

As the two national teachers unions begin their presidential endorsement vetting process and educator unrest that’s prompted strikes, protests and walkouts in nearly a dozen places this year continues to unfurl, the candidates that make up the Democratic field of 2020 hopefuls have been jockeying to prove who is the biggest defender of public education.

The Democratic National Committee has set two bars for candidates to cross in order to qualify for their first round of debates in June and July: Poll at least 1 percent in three separate surveys and net at least 65,000 individual donors from a minimum of 20 different states.

If more than 20 candidates reach both goals, the highest polling averages will be used as tiebreakers.

The deadline to reach the twin thresholds is June 13, now less than two weeks away. It’s sent a handful of campaigns scrambling for donors and hoping for favorable polling news in the coming days.

“I haven’t locked down my spot yet, but I never expected this race to be easy,” Sen. Kirsten Gillibrand of New York wrote in a fundraising appeal this week.

Source: As 2020 Debate Deadline Approaches, It’s a Game of Survivor | The Civic Report | US News

Despite long working hours and high work pressure, entrepreneurs and the self-employed frequently boast high job satisfaction because of the autonomy and the interesting work that often come with being one’s own boss.

Yet, we know much less about how self-employment affects entrepreneurs’ physical and mental health. This is unfortunate because it severely limits our understanding of the nonmonetary benefits and costs of entrepreneurship, as well as its challenges and promises.

Source: Self-employment can be good for your health

America’s annual “infrastructure week” — dedicated to motivating policymakers to address the decaying of our roads, bridges and rails — ended last week with President Trump storming out of a meeting with congressional leaders.

Before the negotiations had even begun, the president told the Democrats in the room he’d discuss infrastructure only after Congress ended “these phony investigations.”

This stands in sharp contrast to how President Clinton dealt with the same issues 20 years ago. 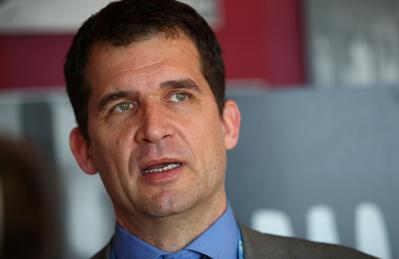 WikiLeaks founder Julian Assange has suffered psychological torture from a defamation campaign and should not be extradited to the United States where he would face a “politicized show trial”, a U.N. human rights investigator said on Friday.

Nils Melzer, the U.N. special rapporteur on torture who visited Assange in a high-security London prison on May 9 along with two medical experts, said that he found him agitated, under severe stress and unable to cope with his complex legal case. 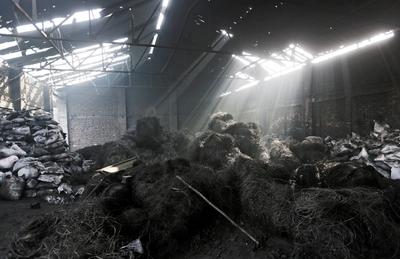 When local investigators scoured a riverbed in southern Malaysia for clues in a chemical dumping case that hospitalized over one thousand people earlier this year, they found a cocktail of toxins, including a colorless liquid commonly secreted when tires are recycled.