Farmers are frustrated. Automobile workers are edgy. Consumers are bracing for cost increases.

And the nation poised this year to eclipse the United States as the world’s biggest consumer market is refusing to budge as the Trump administration tries to get China to play fair on trade.

This was not the sort of wartime leader most presidents expect to be. But Donald Trump, praised by his acolytes (and himself) as a master negotiator and derided by his critics as more bully than bully pulpit orator, has gotten the country in a good old-fashioned trade war. And it’s one that may produce no economic or political winner.

Lawmakers in both parties have been irritated for some time over what they see as unfair trade practices by China, where there is more state control over the economy.

Elizabeth Warren has already won the presidential policy primary with her rolling cache of progressive ideas that have been widely heralded for their scholastic specificity and unrestrained ambition, prompting one elected official in Iowa to declare to this reporter that she’s the smartest candidate he’s ever met, including the likes of Hillary Clinton and Barack Obama.

And yet the Massachusetts senator still faces an electability problem that poses the most significant obstacle to her candidacy catching fire. A U.S. bid to block China’s Huawei Technologies from buying vital American technology threw into question prospects for sales at some of the largest tech companies and drew a sharp rebuke from Beijing, further ratcheting up tensions over trade.

Shares of Huawei’s U.S. suppliers fell on fears the Chinese firm would be forced to stop buying American chips, software and other components after the Trump administration banned it from buying U.S. technology without special approval.

California’s senate blocked a bill on Thursday that would have expanded the ability of consumers to sue companies over their handling of personal data, a win for tech industry groups concerned about wide-ranging privacy lawsuits.

Under California’s data privacy law, which is set to take effect next year, consumers may file complaints to the state attorney general over alleged violations of privacy rules, but can sue over a data breach. Could next week’s European Parliament elections lead to a grand realignment of the continent’s politics, with the populist right wielding unprecedented influence?

Poland’s de factor leader, Jaroslaw Kaczynski, the head of the ruling, arch-conservative Law and Justice party, PiS, is also eying the leadership of an invigorated right.

So too Italy’s deputy prime minister, Matteo Salvini, the figurehead for a potential new bloc of hard-right populist parties and governments opposed to immigration and aiming to reconstitute European politics.

But even if they all do as well as predicted next week, with far-right, populist and other euroskeptic parties projected to win around a quarter to a third of the seats in the European Parliament, the question remains: Can the disparate forces of Europe’s populist right coalesce into a coherent whole and put their plans into action?

Source: Populists Have Their Sights on the European Parliament, Despite Their Own Divisions 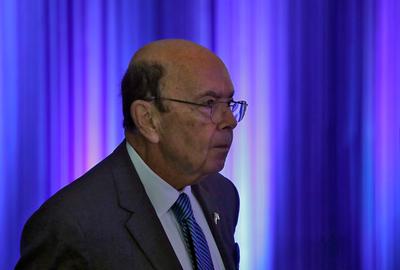 “The order dealing with Huawei itself will be effective tomorrow,” Ross said in an interview with Bloomberg Television and Radio. The executive order, which was announced on Wednesday, barred Huawei from acquiring components and technology from U.S. firms without government approval. 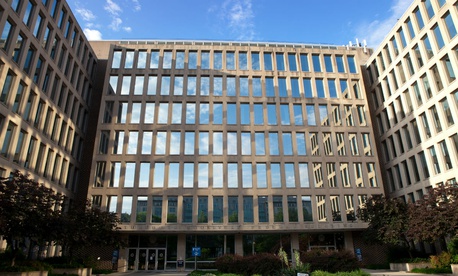 .. But the White House’s bill is more complicated than that.

Although the leader of the personnel service at GSA would be a Senate-confirmed deputy administrator position, the director of the Office of Federal Workforce Policy would be a presidential appointee not subject to the confirmation process.

That position would have the rulemaking authority currently vested in the OPM director, although the administration stated that “by delegation and in practice, GSA will conduct a significant majority of this rulemaking.”

Unlike this proposed position at OMB, the director of the Office of Federal Procurement Policy is a position that is subject to Senate confirmation. 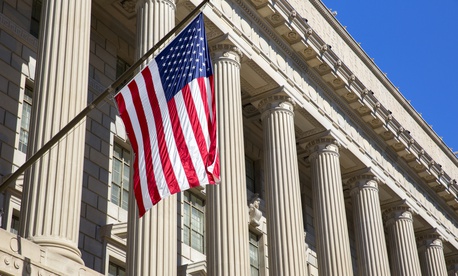 New research reveals three criteria we use to determine whether to trust the government.

For decades, political scientists have measured the public’s trust in the federal government consistently, using measures that largely haven’t changed since the 1960s—despite the momentous changes happening over the last five decades in the United States.

The new research, which appears in PLOS ONE, tested a vulnerability-centered definition of trust—meaning, defining trust as a willingness to be vulnerable to the actions of another. The results reveal three assessments that lead to one trusting in the government:

“We went beyond the question of, ‘do you trust government?’ to find out what the concept of trust really means.”

It’s time for the American people to become fully alert to a dreadful possibility.

The United States, led by an erratic chief executive who is frequently ignored even by his closest advisers, may find itself stumbling into its worst war in more than a generation — in spite of publicly-expressed reservations from the president himself and without the Congressional authorization that the Constitution requires.

The result could be a perfect storm of danger and distrust, culminating not just in a military emergency abroad but also a simultaneous and serious political crisis at home.

Source: Congress Must Stop Trump from Getting in a War with Iran | Time

As soon as the first 5G poles went up, the residents of Upper Cole Valley wanted them down.

Later, residents would take issue with the notice that informed the community of plans to install 5G wireless internet equipment—they say it was “poorly affixed to the single pole,” allowing it to either fall off or be blown off; and that San Francisco’s Public Works Department didn’t give them enough time to weigh in on the process.

“Our Upper Cole Valley … neighborhood would suffer harm if the large pole-borne equipment box is installed, on an even taller pole, directly in front of our Excellent Views,” read a complaint from a group of more than 100 residents, which they submitted to the DPW in the hopes of getting Mobilitie’s permit denied