Debate is bubbling about whether the United States remains too focused on counterterrorism when the Trump administration has set priority on “global power competition” with China and Russia, not to mention other threats we expect to face.

But like it or not, counterterrorism continues to function as a post-9/11 policy currency of sorts. It was exceedingly relevant to every foreign visitor and overseas partner I met while serving in the Trump White House.

And still, while some critics have suggested that a heavy priority on counterterrorism “warps U.S. foreign policy,” I remain concerned instead about the opposite: an overcorrection, in which short-term haste to pivot U.S. attention and resources may lead to long-term setbacks for our counterterrorism goals.

Source: Counterterrorism in the Era of Great-Power Competition – Defense One 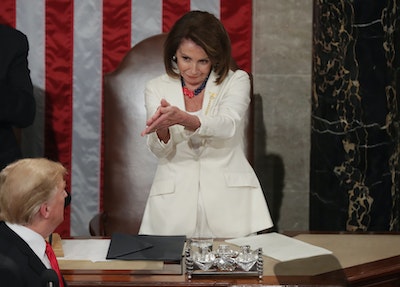 Over the weekend, Justin Amash, a young, libertarian-leaning, Michigan Republican who represents Grand Rapids and its suburbs, did what Democratic leaders have declined to do for the past two years: He thoughtfully laid out the case for impeaching Donald Trump. And he did it based primarily on a close reading of the publicly available, redacted version of the Mueller report.

It was a brave thing for Amash to do. He became the first Republican to endorse impeachment, and in so doing earned himself (almost instantly) a primary challenger and a couple of derogatory tweets from the president.

But for Democrats, Amash’s comments should be embarrassing.

A libertarian—and member of the rabidly pro-Trump Freedom Caucus—shouldn’t have a stronger argument for holding the president accountable than the leadership of the Democratic Party.

But Amash does, and his forceful public statements on impeachment are a noticeable contrast with the squishy and condescending ones emanating from House Democratic leadership.

As the confrontation escalates between the House of Representatives and the White House over the production of documents, the appearance of witnesses and compliance with congressional subpoenas, so too have calls for Democrats to initiate impeachment proceedings.

Speaker of the House Nancy Pelosi continues to push for further investigation of the president rather than an impeachment inquiry, while some members of her caucus and its leadership team and several candidates for the Democratic presidential nomination appear more willing to begin impeachment proceedings.

There are a number of different ways to frame the decision that House Democrats must make as they move forward.

First, impeachment is a fundamentally political phenomenon: A wide range of political goals and motivations bear on whether individual, elected members of Congress see it as an appropriate path.

The aggregation of those preferences, as filtered through party leaders with agenda-setting power, may or may not lead to the opening of an impeachment inquiry.

Another framing focuses on the question of whether Congress has a responsibility to pursue impeachment, conveyed by the portion of the oath members take that requires them to “faithfully discharge the duties of the office.”

A third framing, which we address here, is a more practical one …

Source: What Powers Does a Formal Impeachment Inquiry Give the House? – Lawfare 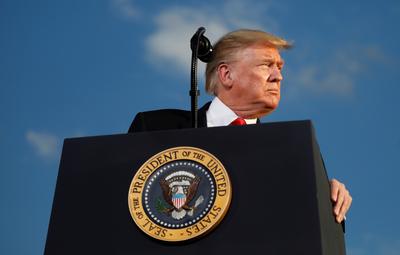 New York state’s legislature on Wednesday passed a bill that would make it easier for U.S. congressional committees investigating President Donald Trump to get access to his state tax returns.

The Democratic-controlled state Assembly and Senate voted along party lines on the measure, which would circumvent his refusal to hand over his federal tax returns to Congress. 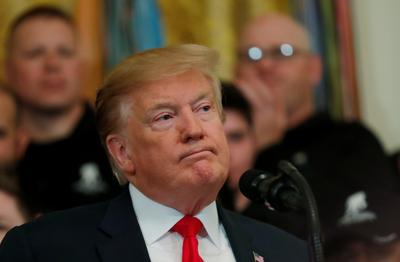 In a decision read from the bench after hearing arguments, U.S. District Judge Edgardo Ramos in New York said Congress has the legal authority to demand the records, clearing the way for the banks to comply with subpoenas issued to them by two U.S. House of Representatives committees last month. 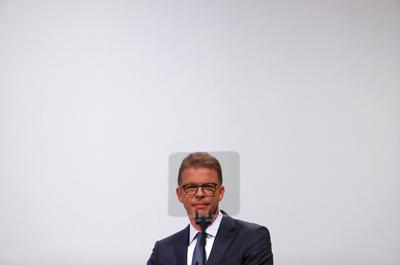 Deutsche Bank’s chief executive promised shareholders “tough cutbacks” at its underperforming investment bank on Thursday as he battled to convince them he can turn around Germany’s biggest lender, whose shares hit a record low.

Ranked as one of the most important banks in the global financial system, the bank has been plagued by failed regulatory tests, ratings downgrades, multi-billion dollar fines and management upheavals, with investment banking often the culprit. 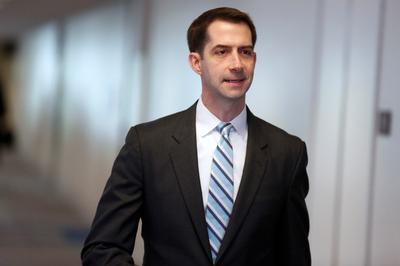 A bipartisan group of U.S. lawmakers introduced legislation on Wednesday to provide about $700 million in grants to help U.S. telecommunications providers with the cost of removing Huawei equipment from their networks.

The bill also moves to block the use of equipment or services from Chinese telecoms firms Huawei and ZTE in next-generation 5G networks, according to a statement by the senators. 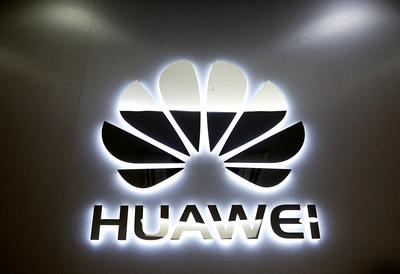 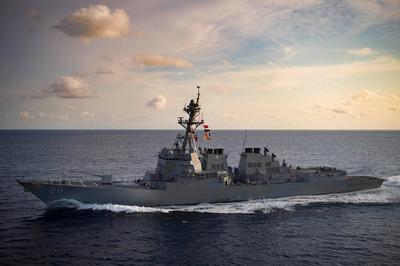 The U.S. military said it sent two Navy ships through the Taiwan Strait on Wednesday, its latest transit through the sensitive waterway, angering China at a time of tense relations between the world’s two biggest economies.

Taiwan is one of a growing number of flashpoints in the U.S.-China relationship, which also include a bitter trade war, U.S. sanctions and China’s increasingly muscular military posture in the South China Sea, where the United States also conducts freedom-of-navigation patrols. 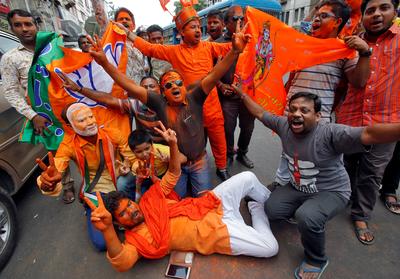 Official data from the Election Commission showed Modi’s Hindu-nationalist Bharatiya Janata Party (BJP) ahead in 300 of the 542 seats being contested, up from the 282 it won in 2014 and more than the 272 seats needed for a majority in the lower house of parliament.

That would give it the first back-to-back majority for a single party since 1984.

“Together we will build a strong and inclusive India,” Modi said on Twitter.